I skipped a day of watering some time last week and my new powder puff bonsai (Calliandra tweedii i think, but another site says Calliandra Schultzei) has dropped all of its leaves and on the surface, looks pretty dead.

Is there anything i can do at this point to save it?

The day that I discovered the leaf dropping, I watered it using the immersion method, leaving it for 5 minutes in a bowl of water and have been watering it every day just in case it chooses to put out new leaves, but it's also late in the season, so I'm not sure what to expect.

The roots look the same on the surface, i didn't want to disturb them by digging through them to check. Underneath the bark, the wood in the branches is still green underneath and seems healthy.

I suspect that i have killed it and the tree is just taking its time to figure it out, but I'm hoping I'm wrong and there's something i can do to save it. 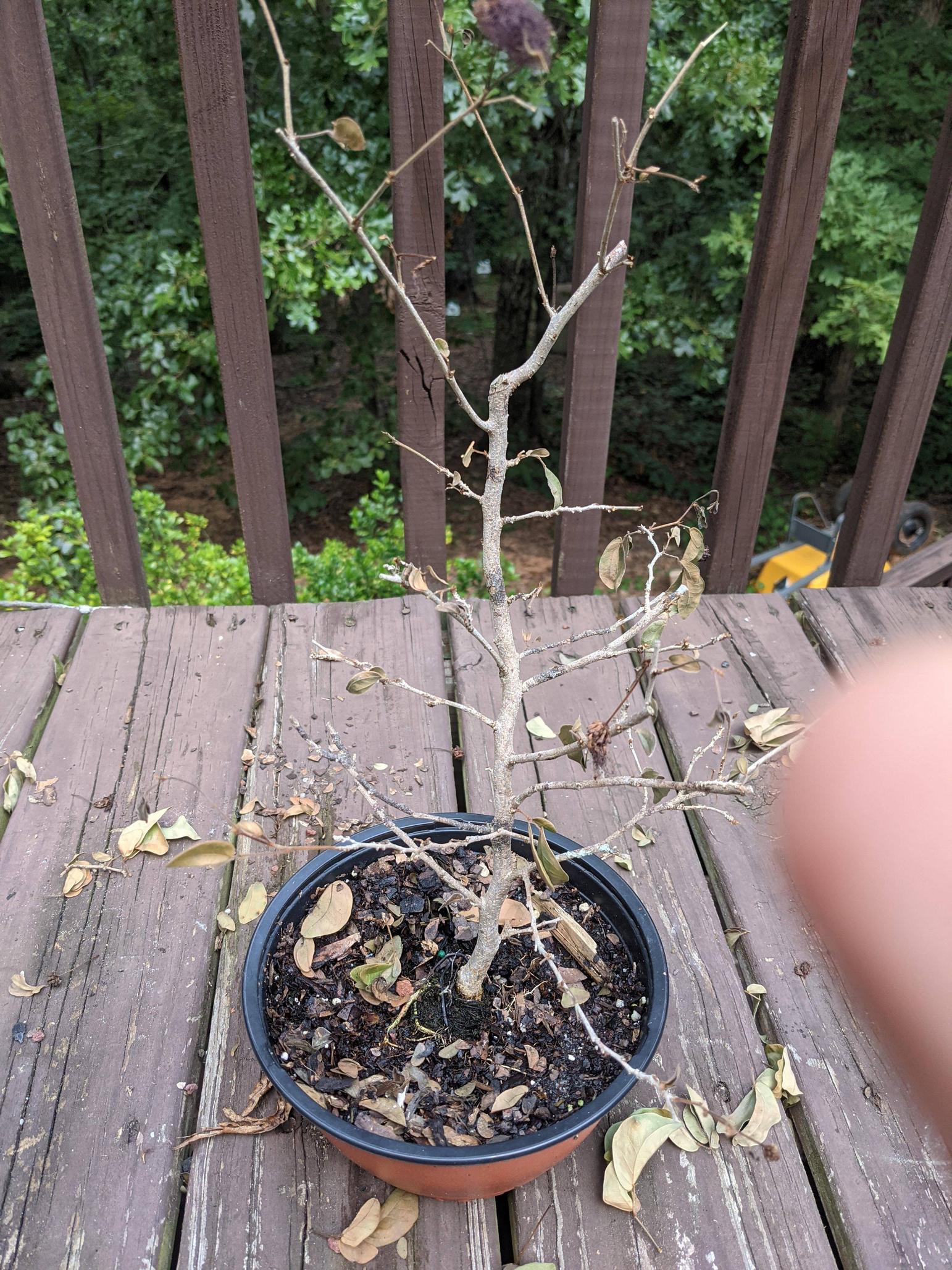 If the roots are good (as in underground it's still white), then the plant is still alive...so don't give up on it yet!

I would strip out all the dried leaves (they're not doing anything at this point). And then prune the smaller side branches back a bit. This will cut down how much water needs to get distributed and lets it focus resources on the larger base trunk.

Continue to water and wait. It usually takes a few weeks, but new growth will usually form again.

Missing a day of watering shouldn't lead to this much water stress though...what type if soil do you have for your bonsai? How dry is it usually?

PS. Forgot something important: if it's sitting somewhere in direct sun, move it somewhere with partial shade. From the photo it looks like it's in a slightly shaded spot, but I reconsidered that assumption.

Not the answer you're looking for? Browse other questions tagged watering bonsai or ask your own question.

2
How often should I water my lawn in Georgetown, Massachusetts
12
What is this bonsai tree with serrated elliptic leaves and why has it lost all its leaves?
8
How can I restore foliage in a Chinese Elm bonsai?
5
What type of Bonsai is this, and how should I take care of it?
1
Moldy rubber tree plant
1
Chinese Elm bonsai growing and losing its leaves every 3 to 4 weeks