What is killing the ends of tree branches in Virginia?

Over the last 4 weeks here in Virginia, I've notices almost all of the deciduous trees have a handful of branches that were dead in just the last 6-12 inches. My yard has several, small branches that have completely died and fallen off. On a 12 foot tree, there are about 10 dead branches all over and they are a very consistent length. 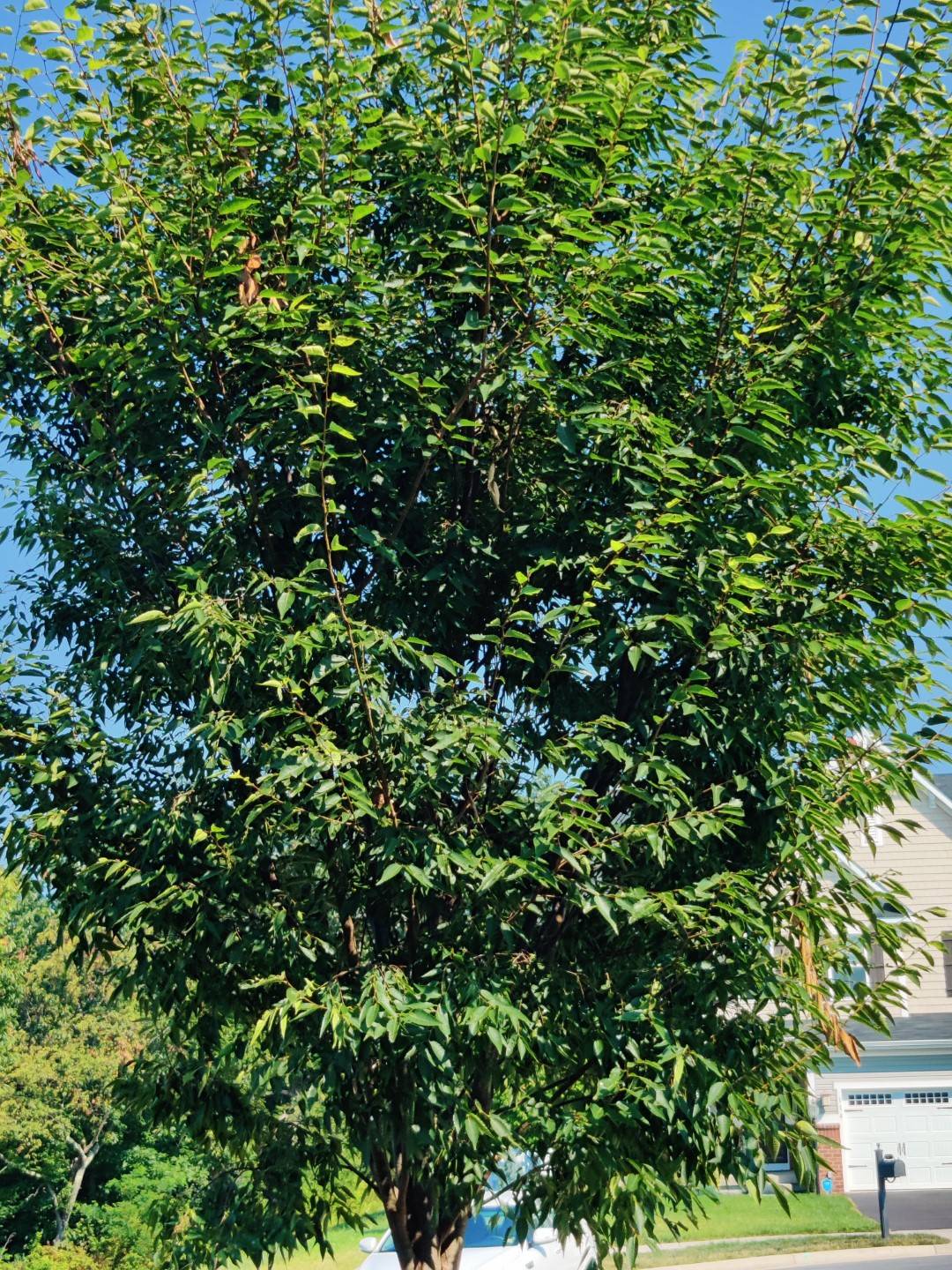 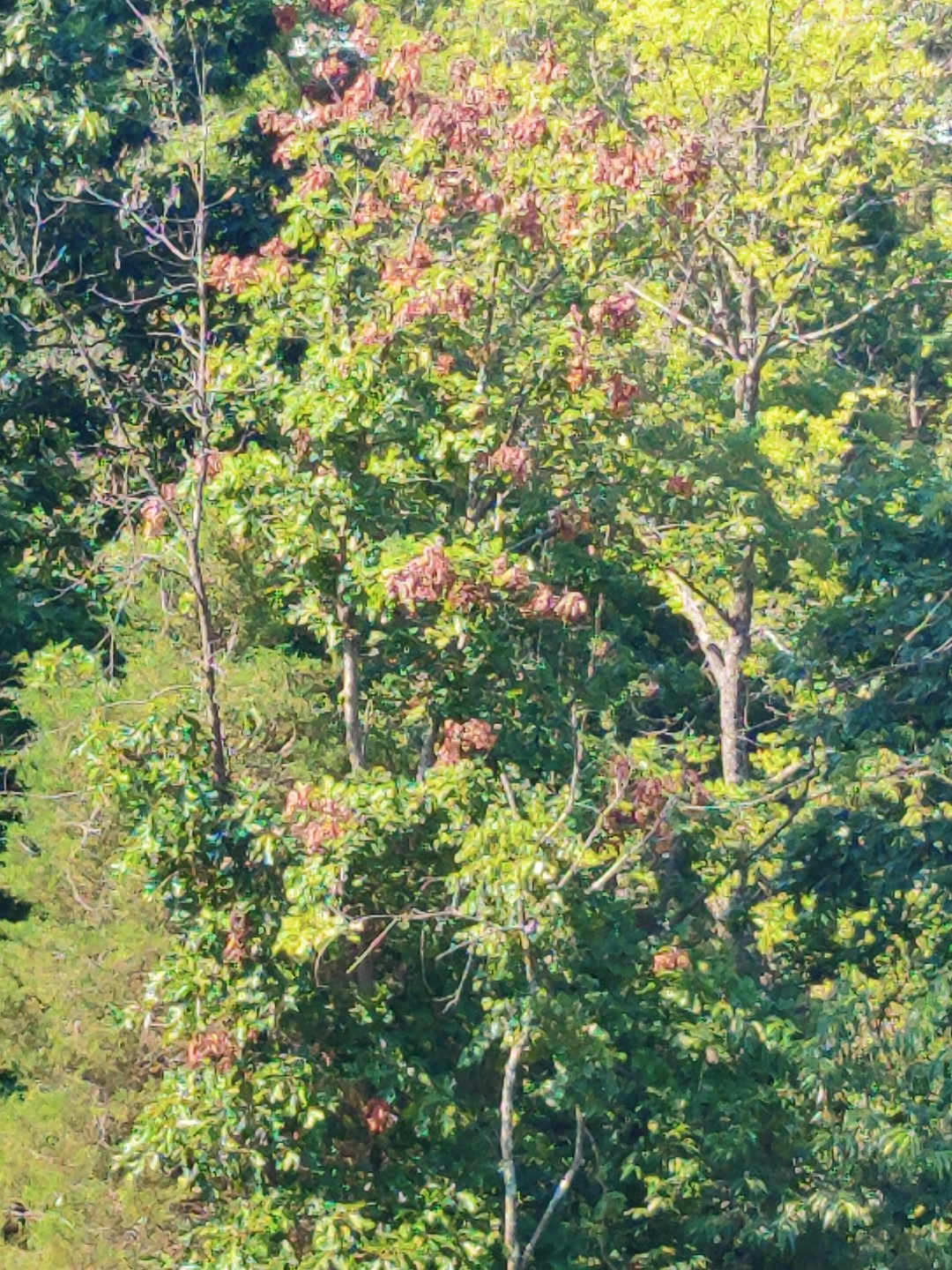 This type of damage is called "flagging." It's caused by cicadas laying their eggs. They poke a hole near the tip of a young twig, and insert the eggs directly into that hole. Sometimes the twig partially snaps at the point of the hole, leaving the tip of the twig hanging by a thin strip of wood. The hanging part of the twig dies and the leaves turn brown, creating the characteristic "flag."

During a periodic cicada emergence, you will may see hundreds of "flags" on the same tree. The damage is usually minor compared to the size of the tree; an otherwise healthy tree will survive even heavy flagging, just as a healthy person will survive being scratched by an angry house cat.

The brood X cicadas emerged in the eastern United States this year. Have you also noticed a near-deafening chorus of singing insects? Large, vicious-looking orange-eyed bugs? (They're actually pretty chill and couldn't bite you if they wanted to, which they wouldn't, because they're only interested in having sex and making baby cicadas.) Lots of holes in the ground that look like people have been hiking with those walking sticks that look like ski poles? Raccoons and opossums looking fat and happy? Those are just some of the signs of a cicada emergence. Enjoy them while they last, because before you know it they'll be dead, their babies will be hiding underground, and you won't see them for another 17 years.

Locusts will cause damage like that; Usually it is not noticeable unless there was a very large emergence/hatch.

12
How should I choose which trees to cull?
5
How to best care for mature trees?
4
How to maintain forest land with a variety of tree species?
7
How important is full sun for a Blue Spruce tree?
5
What kind of tree is this and what should I do with it?
4
What is this tree or large shrub with pink flowers like snapdragons?
2
Cherry tree ends of branches dying
0
Should I let new Ash trees grow up after emerald ash borer attack
5
What would strip the bark off a 20+ foot American Elm tree overnight?
1
Why are the leaves on my Japanese cherry tree turning yellow?