10 months old rooted hortensia, is it chlorosis? What would be a simple hobbyist gardener's treatment?

Based on the first two photos, is it chlorosis? or missed I something? (The 3rd photo is my 5 years old plant, that seems clearly as a chlorosis) but what about the young ones?

The soil is appropriate Ph hydrangea soil which I always use, but who knows how the Ph changed over the time...

What can an amateur European gardener do, who does not easy access "usual" amazon.com products? I've read about watering with citric acid or ascorbic acid, but not even clear it is a one time watering treatment, or regular every day repeated...

First two photos are the 10 month old plants, the third is the 5 years old plant, not necessary the same case. 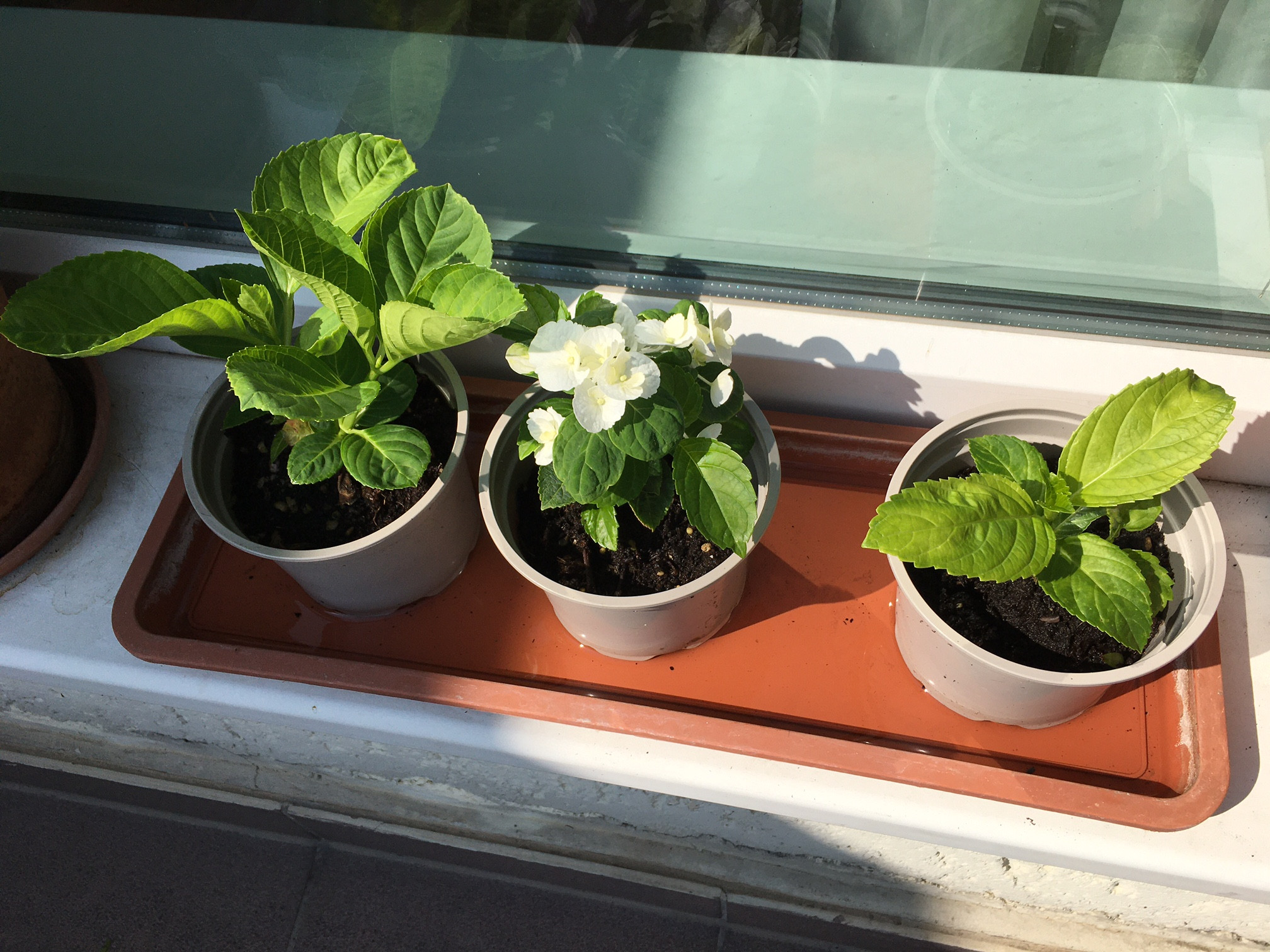 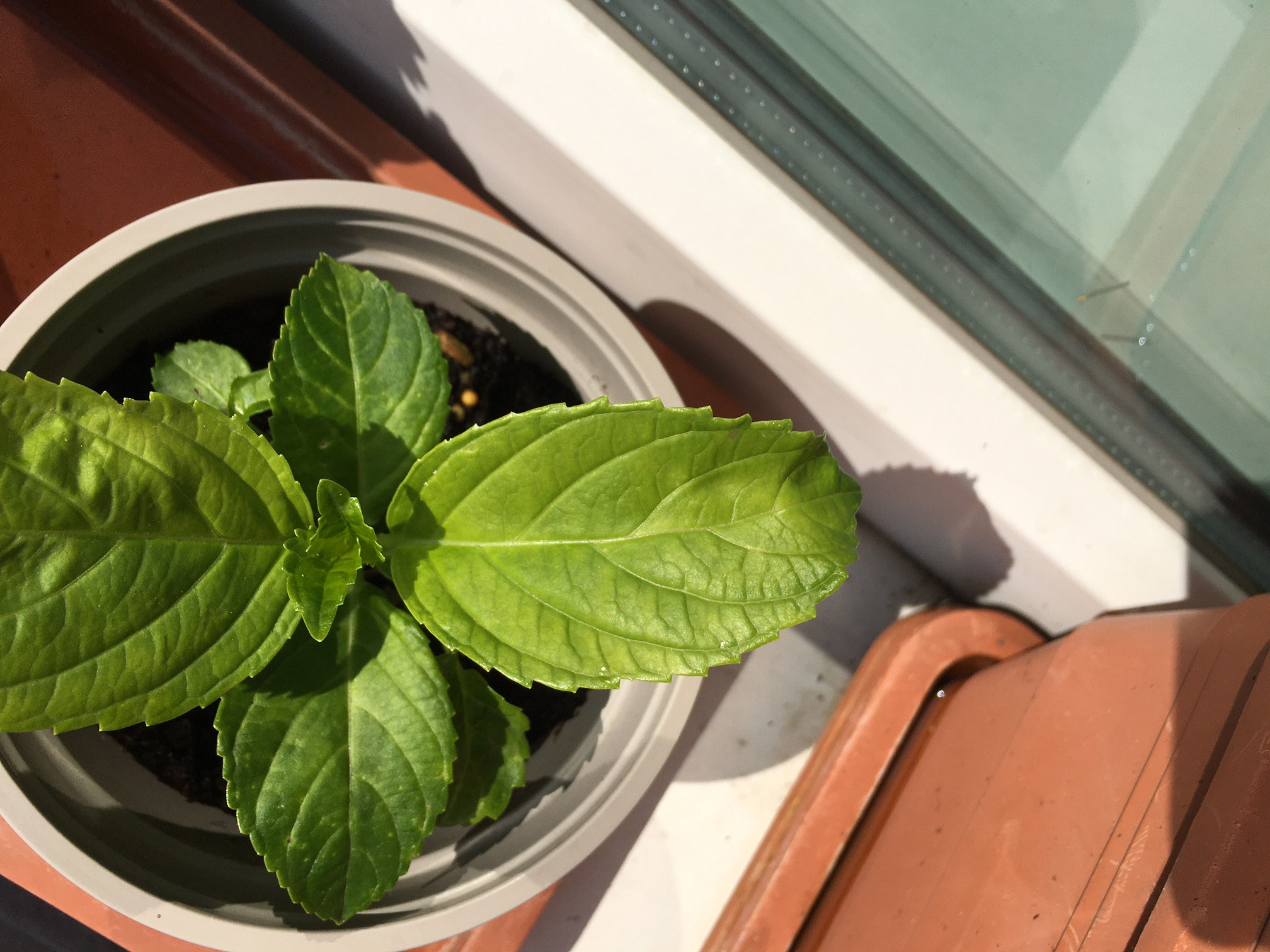 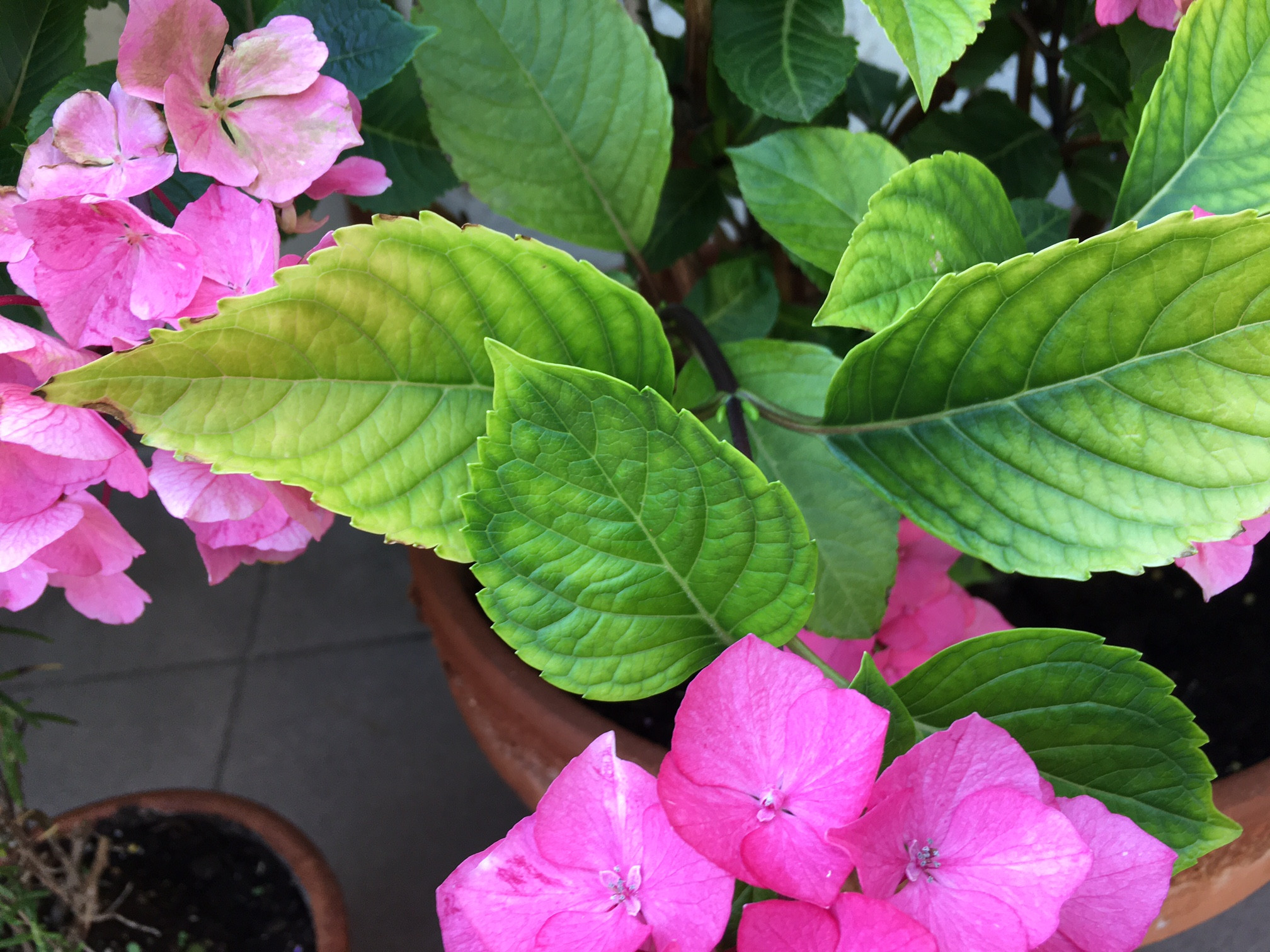 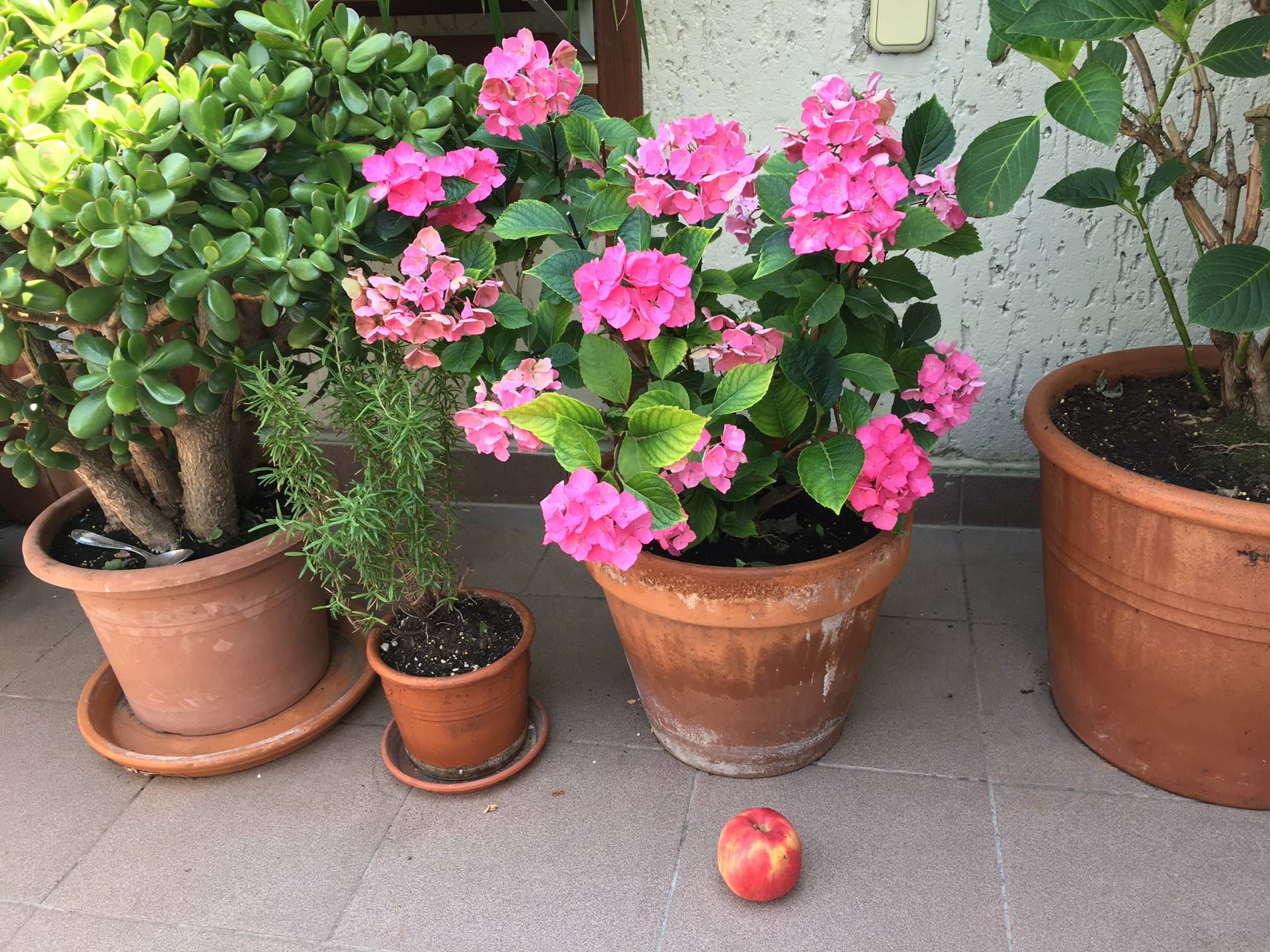 It sounds like a nutrient shortage in the potting soil you used might be likely - most potting soils are made up with a slow release fertiliser which lasts about 6 weeks to 3 months (depending on the manufacturer and whether the product is kept indoors or outside), so it's likely your old potting soil no longer has any useful nutrient levels. That doesn't mean it's utterly useless, you just need to add a general fertilizer when you use it to pot up plants - in the UK, I would use Growmore for this.

Were it not halfway through July, I would suggest giving some granular general fertiliser now, but depending where you are in Europe, now is not the time to encourage lots of growth which may not have a chance to harden off before cool temperatures arrive. You could, though, use Phostrogen or Miracle Gro general purpose, which is mixed in water, and will provide nutrients rapidly but not last long, or any other make of liquid fertiliser that is general purpose. Use it once or twice for a week and then see if things improve. Otherwise, they're not in dire straits and about to expire from nutrient shortage, they will make it to next spring and you can fertilise then instead.

The other possibility is too much sun exposure on some of the leaves - that can cause yellowing and eventual death of the leaf - I note the yellowing leaves on the bigger plant are facing forwards where there's more light, so perhaps that's a possibility

In regard to the 5 year old plant, it's a bit on the small side for its age, but not too bad a size, though it may well need a larger pot next year. The fact the flowers are pink means the soil it's growing in is alkaline. Hydrangea macrophylla flowers turn blue in acid soil - this plant is kind of the litmus paper of the plant world, and if you add iron to it, it is likely to turn blue or a kind of mix of blue and pink/wishy washy mauve.