Are my potatoes OK?

I'm growing potatoes in containers (about ten 10 gal. (38L) containers, if it matters). Some of them are starting to turn yellow, as in this photo: 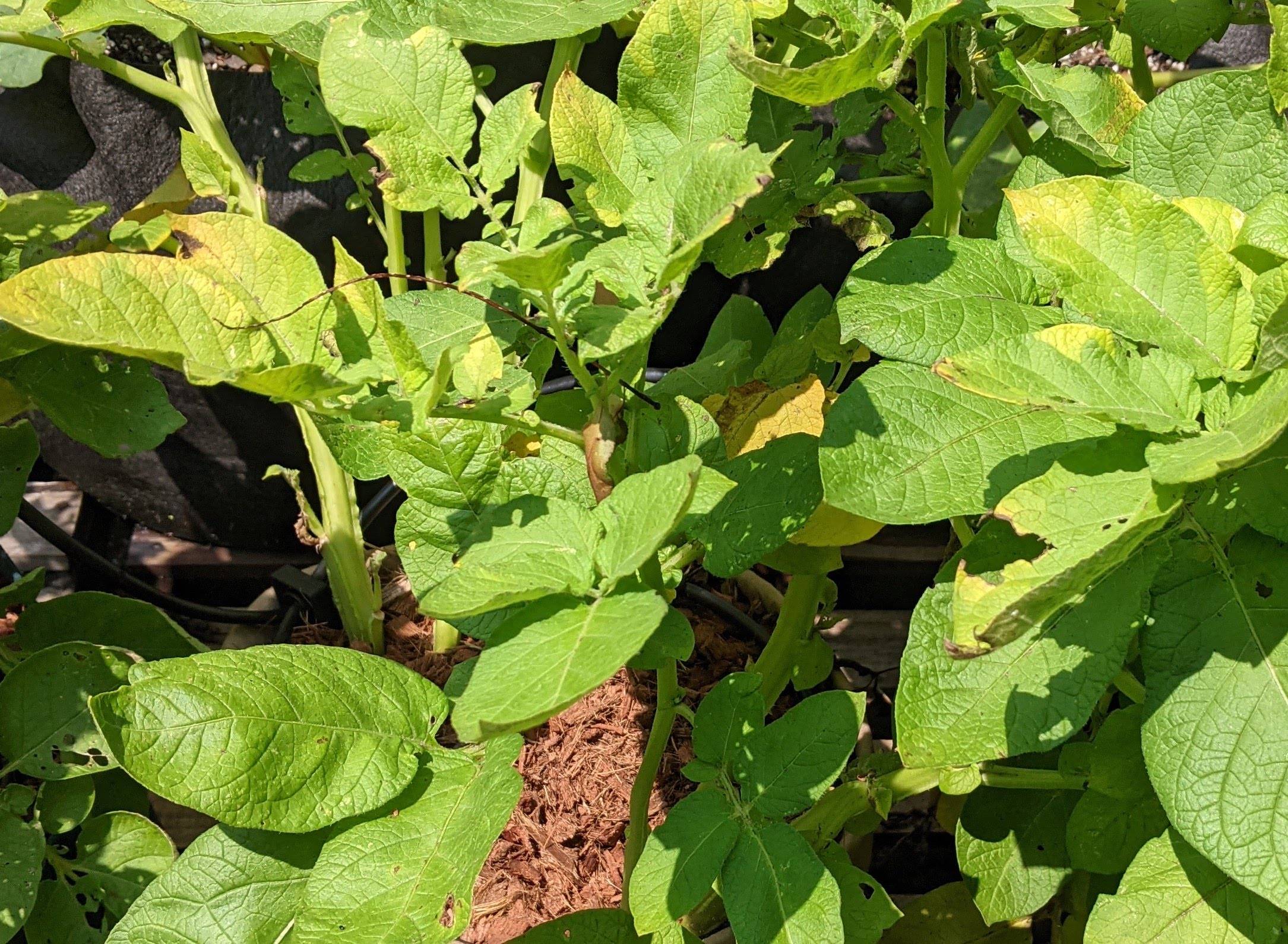 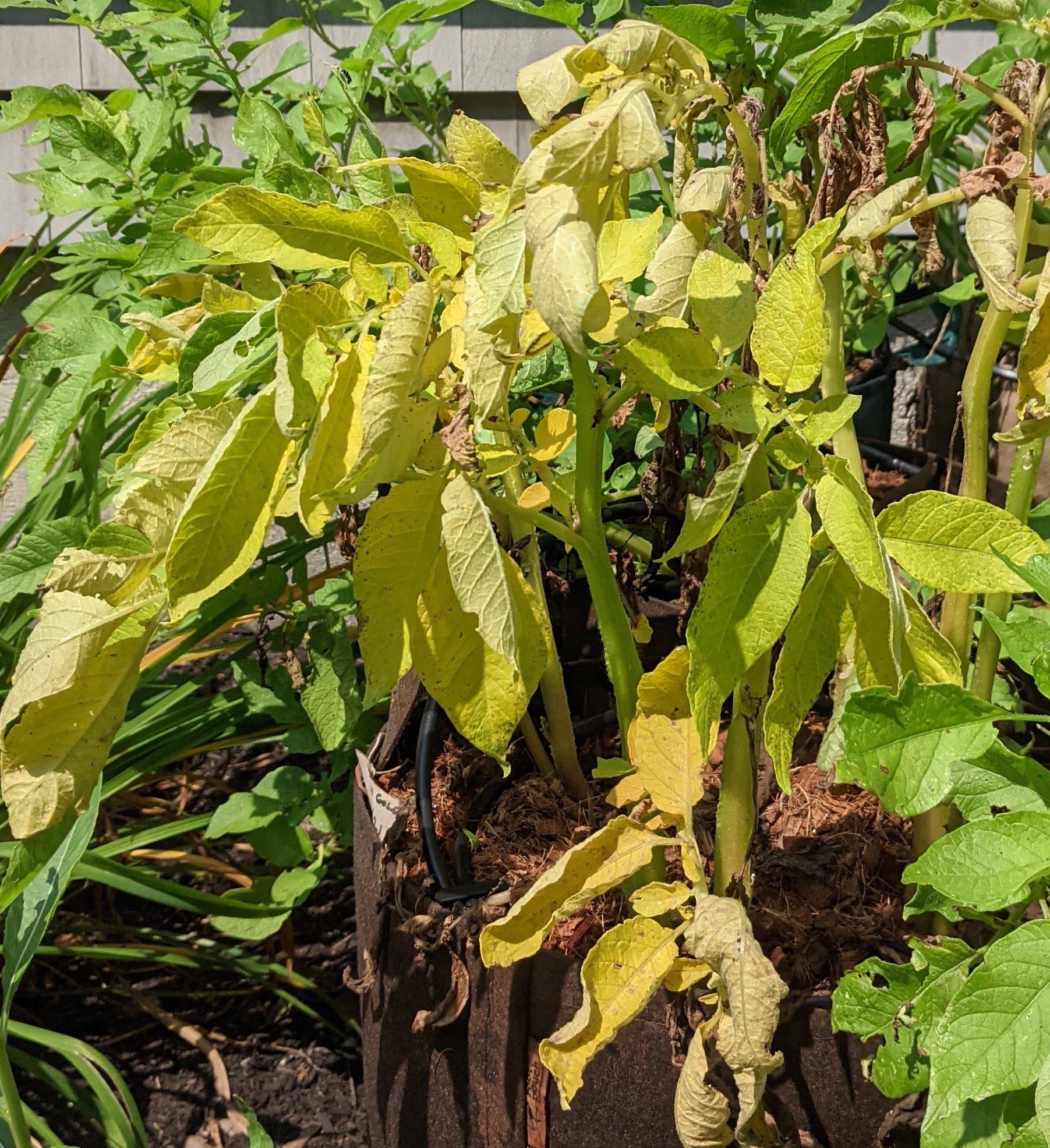 And one plant has died: 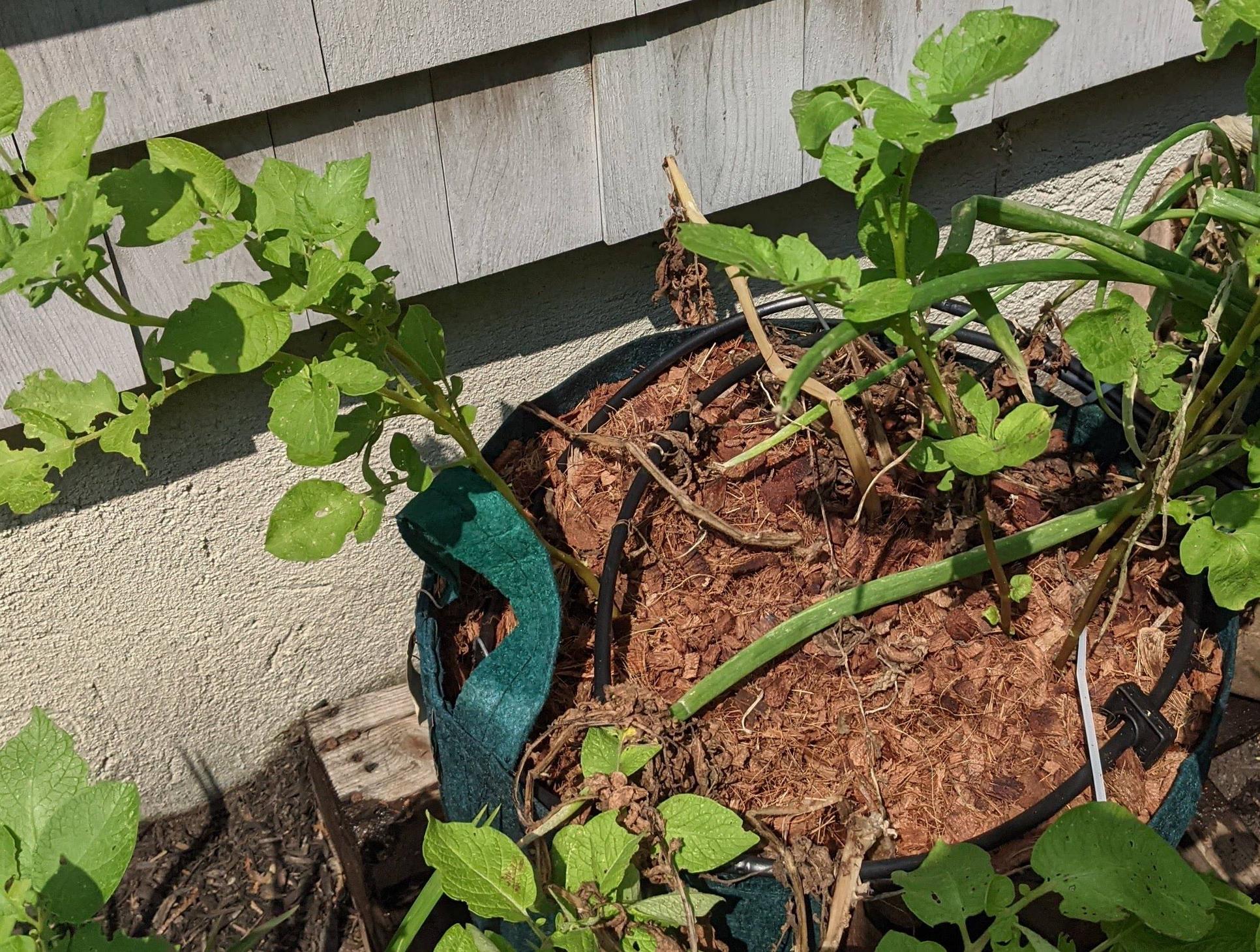 It seems early for these plants to be ready (planting date 4/23), but maybe they're precocious? Or are they in trouble? If the former, should I harvest? If the latter, what can I do for them?

You didn't say what variety they are, but "first early" potatoes have a growing season of 10 to 12 weeks, which is about right from 4/23 till now.

FWIW I noticed yesterday the first "new potatoes" have just appeared on sale in UK supermarkets.

Whatever they are, harvest them as soon as the leaves are completely dead, because the crop won't increase after that!

Potato diseases don't affect the food safety of the crop in "non-obvious" ways so don't worry about that. Even if they have died early because of a disease, unless they are obviously damaged (e.g. discolored or rotting) eating them won't harm you.

Not the answer you're looking for? Browse other questions tagged plant-health potatoes or ask your own question.

8
Hard potatoes harvested
3
Why did a section of leaves on my Holly bush turn brown?
4
Help growing potatoes
4
Will my potatoes grow?
7
Are certified seed potatoes needed every year?
1
Why are my indeterminate San Marzano tomato plant's leaves turning yellow?
1
Chitted Potatoes Lifespan
0
Will seed potatoes still produce potatoes if they are planted too early?
3
What are these in potatoes?