Lilac Bush - A parasite of some sort? How to treat?

This is related to this post, I'm having the same issue:

There is something growing from my Lilac Bush that isn't the Lilac itself. It grows directly out of the branches of the Lilac, so no separate branches. I'm worried it could infect my other bushes, and would like to hear suggestions on treatment. 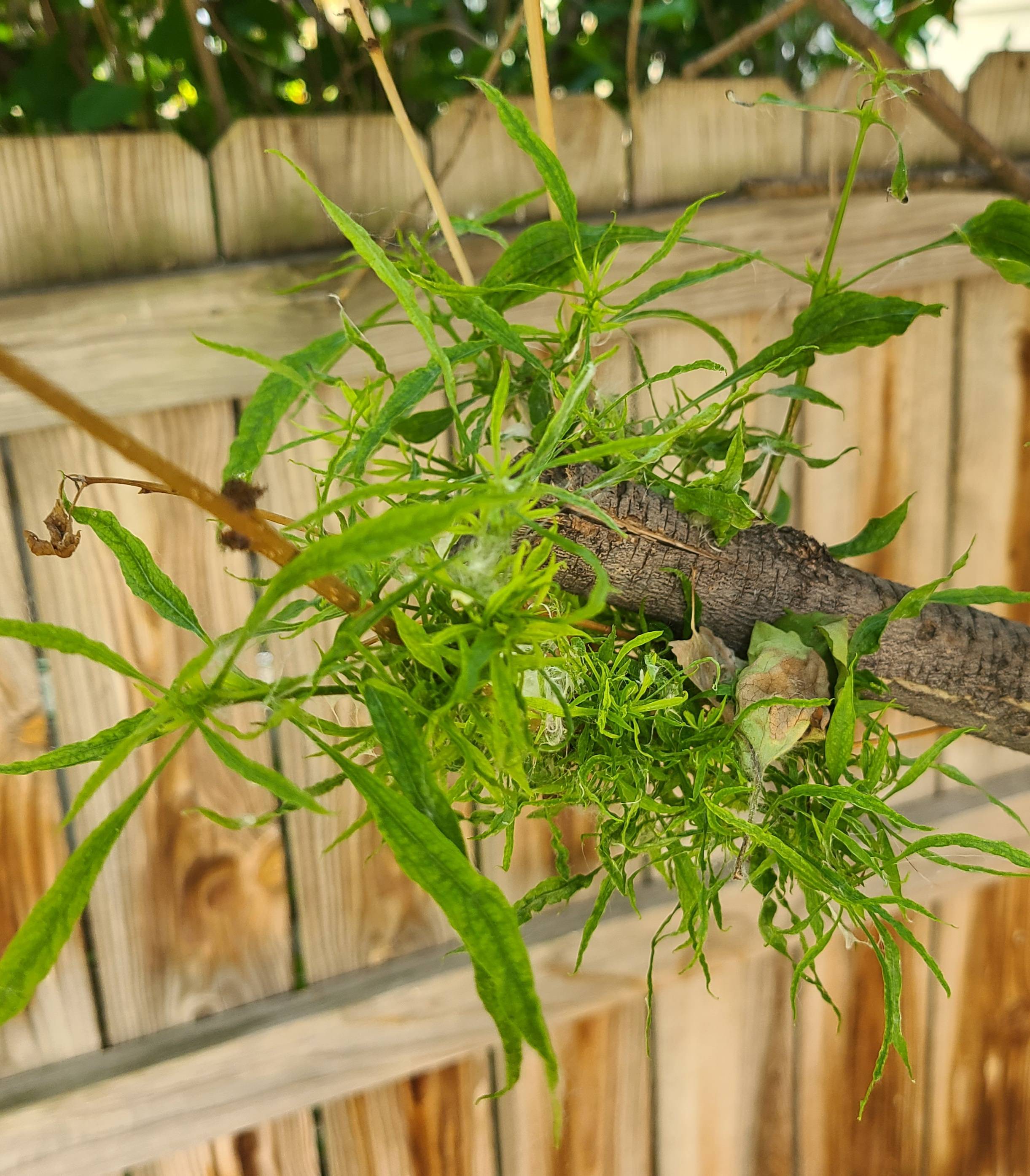 This type of growth is called witch's broom. It can be caused by a parasitic plant like mistletoe, but what you have doesn't look like mistletoe. It looks more like misshapen growth of the original plant. Possible causes include a wide variety of plant diseases, physical damage, herbicide damage, or even a spontaneous mutation at that node of the plant.

Given the physical damage to the end of the stem that I can see in the photo, it seems like physical damage is at least one factor in your case. Some kind of pathogen is also a possible factor. In either case, you can start by trimming the branch below the affected area. It looks like your branch has lengthwise cracks starting at the cut end and running further down the branch and out of the photo. Cut the branch below the lowest point on those cracks. After cutting it, check to see if the cracks continue beyond the cut; if so, cut it further down.

I recommend that you review a tree trimming guide to be sure you use proper technique. The cracked end of the branch may have been caused by improper trimming in the past. Be sure to sterilize the pruning equipment immediately afterwards, even before trimming any healthy branches on the same plant. In case the cause is a pathogen, this will reduce the risk of it spreading.

After trimming your lilac, keep an eye on it to see if the witch's broom growth reappears, either on the trimmed branch or elsewhere on the plant. If it does, that may indicate a contagious pathogen. At that point you can try to identify the specific pathogen and attempt to treat it, or simply cut your losses by removing the entire plant and burning it or sending it to a landfill (not composting it).

Not the answer you're looking for? Browse other questions tagged plant-health diseases lilac parasites or ask your own question.

8
What is the cause of the dead spots in my lilac bush?
11
How are lilac cuttings taken?
3
How should I treat Frangipani rust?
4
Can I rejuvenate a very old lilac bush that has regrown from the base?
11
How do I save lilac seeds?
3
Why did a section of leaves on my Holly bush turn brown?
3
What are these spots on my lilac bush?
4
How should I prune my lilac to shrink it?
3
spiny growths on lilac bush (Colorado)
1
How to save lilac bushes?