My niece found this nut in the tree line of a beach in Indiana. Only two. When cracked open it had a large nut that smelled similar to almond.

These were the only two there on the ground, and didn’t appear to be on any of the surrounding trees. Unfortunately we did not take a picture of the open nut. The rest of the family was having a fit that it could be poison. I tasted a tiny bit of it (I was curious) and it tasted almost minty to me. 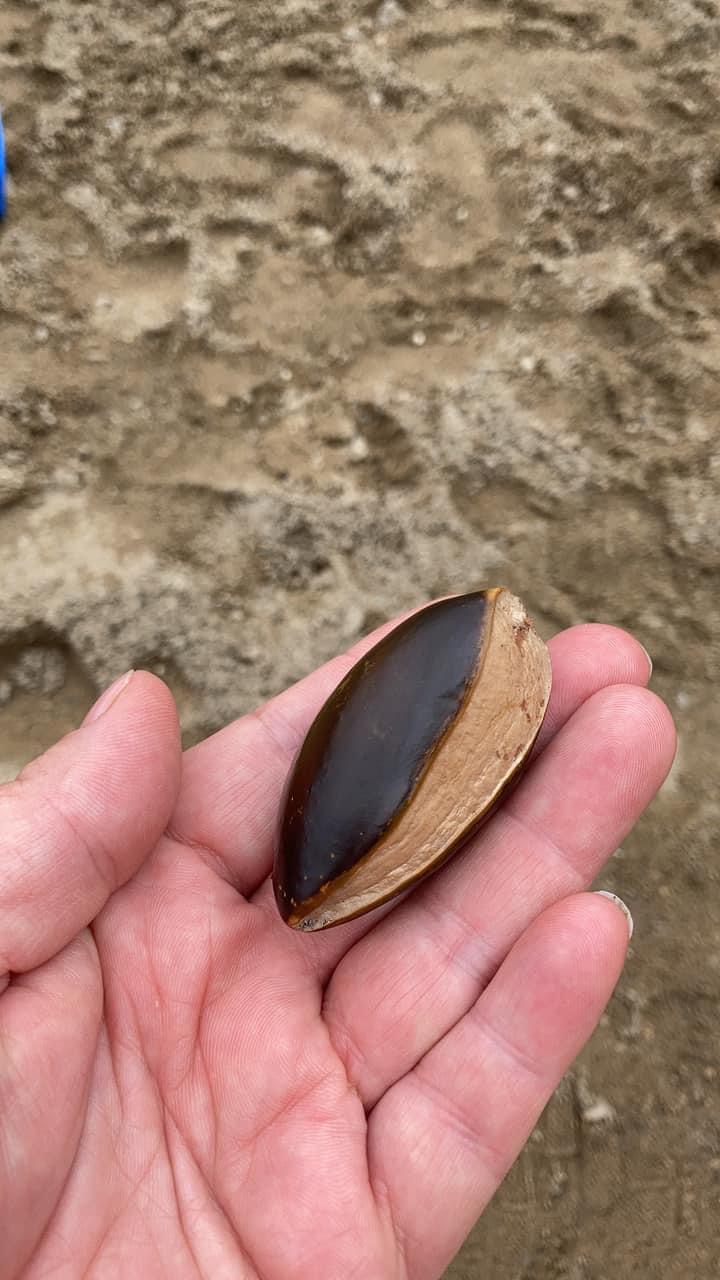 The closest match I saw on Pl@ntNet would be Terminalia catappa. Unfortunately, with just a single photo of the exterior of the seed, it's difficult to confirm. But it's consistent with your description that is smells like almond (indeed, one of the common names is "Indian almond"), and that there's just a single seed inside the pod.

On the latter point, there are species of Australian trees in the Brachychiton genus that have similar-looking pods. But inside are numerous small seeds, not a single seed. So based on your description, that seems ruled out.

That said, the photos I was able to find for the don't look much like the one you have above. The pods start out green, and seem to change color to reds or pinks, turning brown only at the very late stages when the skin of the pod doesn't really look as smooth as the example you have.

But the other aspects seem very similar, and it's possible that there's just a slightly different variety that you found.

See also the pages on Pl@ntNet and on the Eat The Weeds site.

Obviously, if you can provide more details, such as a photo of the inside of the pod, and especially more details about the tree that it came from, such as photos of the whole tree, individual leaves, etc. it might be easier to figure out what it is for sure.

I have a hunch that it could be a sapodilla seed, though I have no idea whether they smell like almonds or taste like mints. If you could provide a picture of this thing before cracking then it could indicate if it follows the pattern of a sapodilla seeds.

However, check the images of these seeds. I found they are similar.

Not the answer you're looking for? Browse other questions tagged identification seeds or ask your own question.