Any help identifying is greatly appreciated! 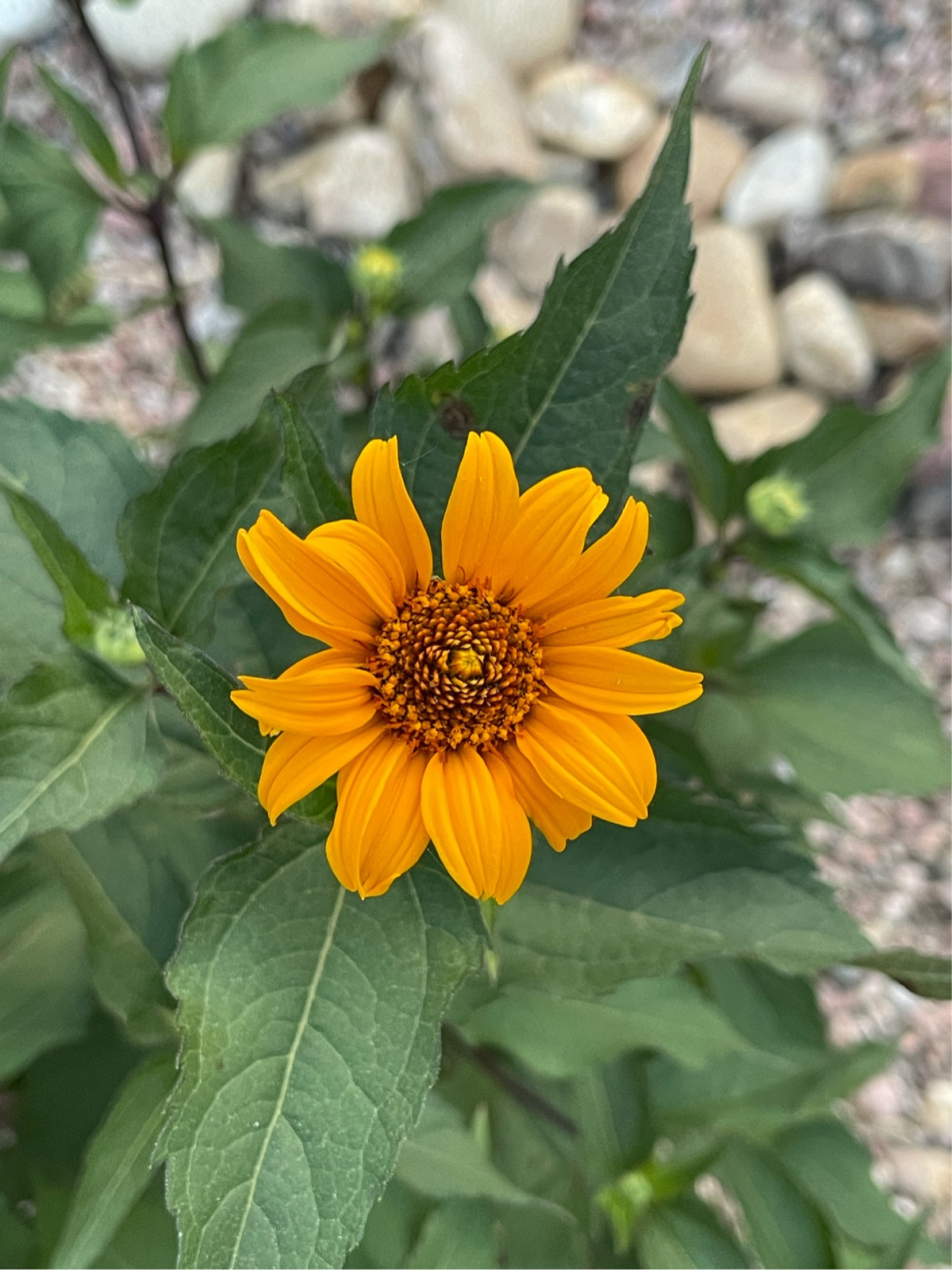 This is not going to be an easy ID to make, because there are several herbaceous perennial plants that produce daisy like flowers in yellow/orange shades in summer through to autumn, most with many varieties, and it can be difficult to tell precisely which is which. The notched petals suggest Helenium, but usually, the petals are flexed back, and that doesn't seem to be the case in your photo. If they are flexed, then it's more likely to be Helenium. Rudbeckia is another one, but it seems just a little early to be that, and it definitely isn't one of the Inula varieties.

It may be one of the perennial Helianthus varieties - sunflowers are the tallest and are just annuals, but there are many lower growing, perennial varieties of varying heights and spreads. The other possibility is Heliopsis, another perennial with flowers in similar shades and many varieties, but the appearance of the centre of the flower makes this less likely.

Not the answer you're looking for? Browse other questions tagged identification flowering perennials or ask your own question.