Very thin stem of Brussels sprouts at the soil line

I started some Brussels sprouts from seed, and on several of them I notice that the stem is very thin at the soil line. These ones are tending to lie instead of standing erect.

Is this something to be concerned about? How can it be prevented, and if possible can it be fixed?

(I have also noticed that the same thing happened to my melons, so it is likely not something specific to Brussels sprouts.)

I did as @benn suggested and buried them deeper. This turned out to be an informative experiment because less then 24 hours later several of the seedlings were exhibiting the same thin stem behavior at the new soil line! I wish I had marked which seedlings had this issue before I buried them deeper so I don't know if it is the same set of seedlings or not. But I do note that it is slightly less than half (there are 14).

Some additional information that may help with diagnosis.

I don't really believe they were getting a lot of sun initially, but certainly they had been for several days prior to burying them deeper and seeing the thinning happening again. 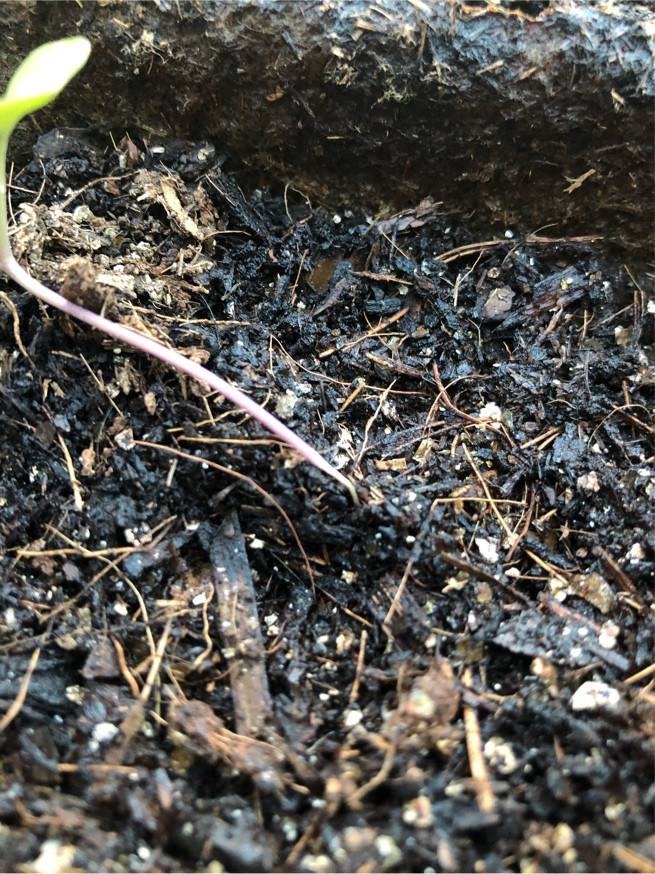 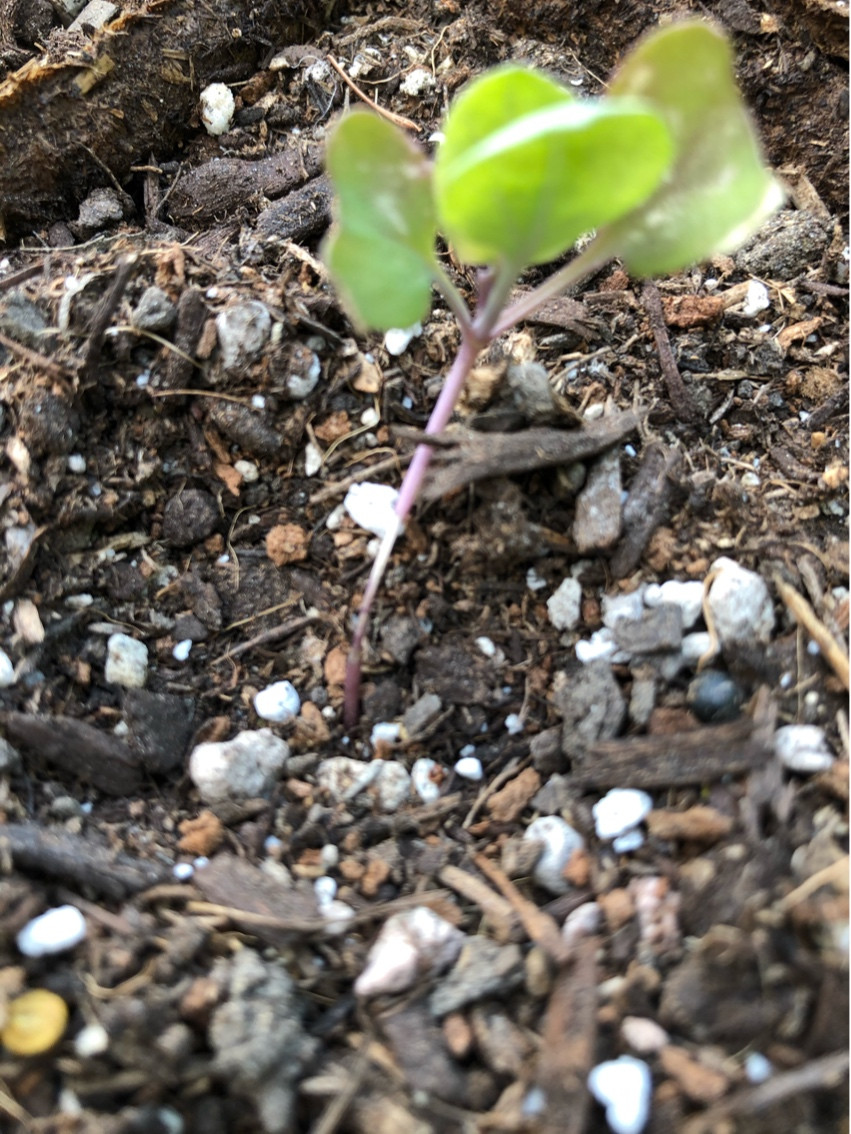 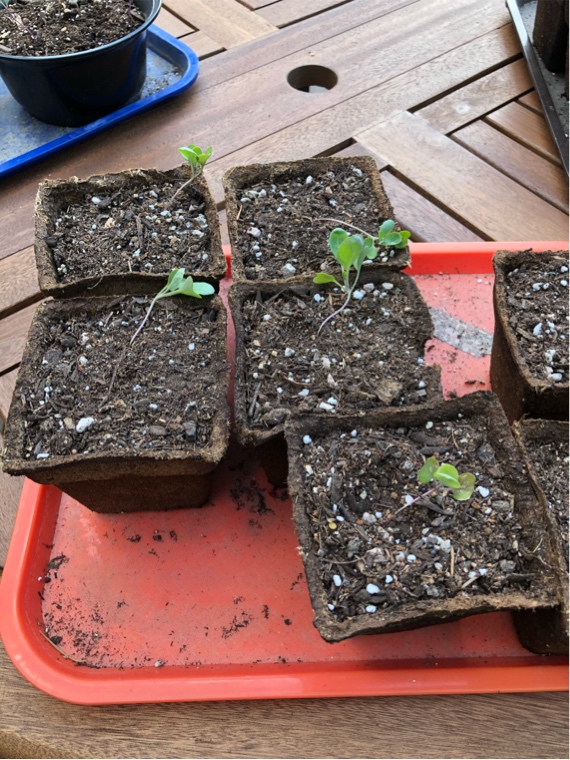 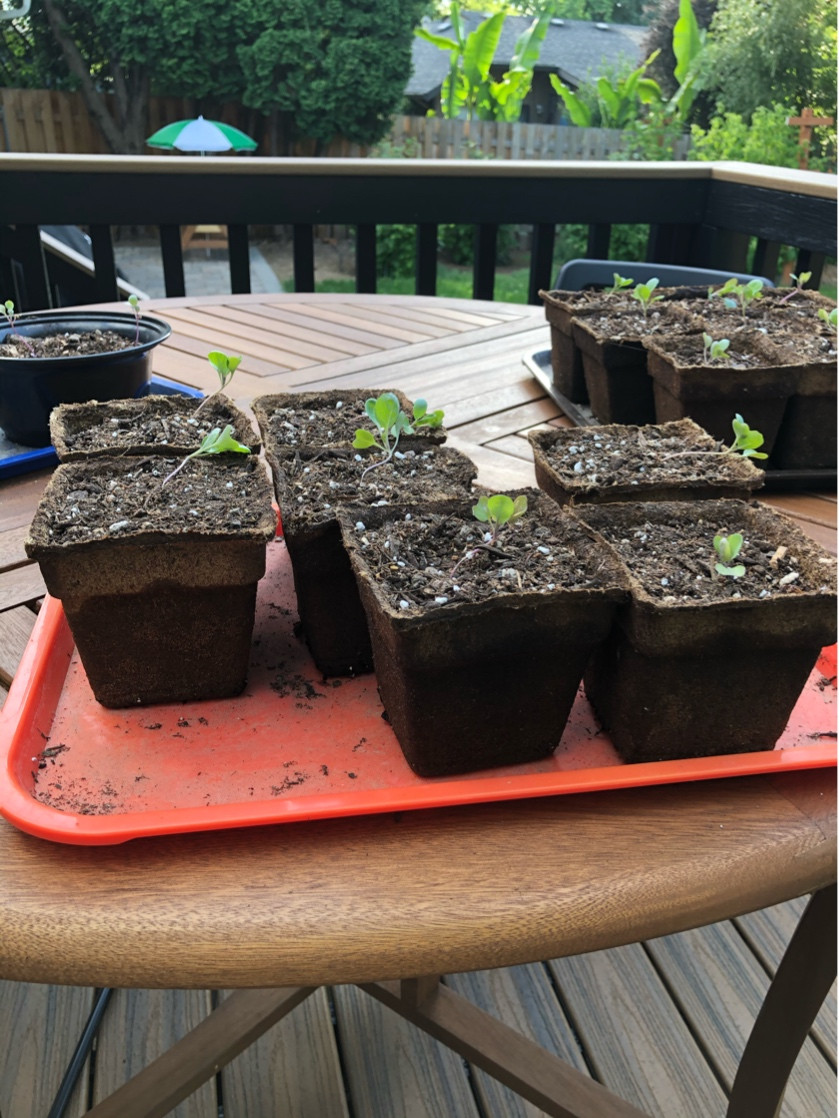 Browse other questions tagged plant-health plant-care vegetables seedlings or ask your own question.

6
Why have my chilli seedlings stopped growing?
2
What to do with these black-eyed Susan seedlings?
5
What is this whitish feather on my Echinacea seedlings?
1
What are these two intruders into Rudbeckia seedlings home?
5
Why are my snack peppers wilting?
1
Why are my indeterminate San Marzano tomato plant's leaves turning yellow?
0
Vegetables are sprouting way ahead of schedule — what gives?
1
Herbs - Help with transplantation of dill seedling to slightly bigger pot