Why do my chili leaves turn white? 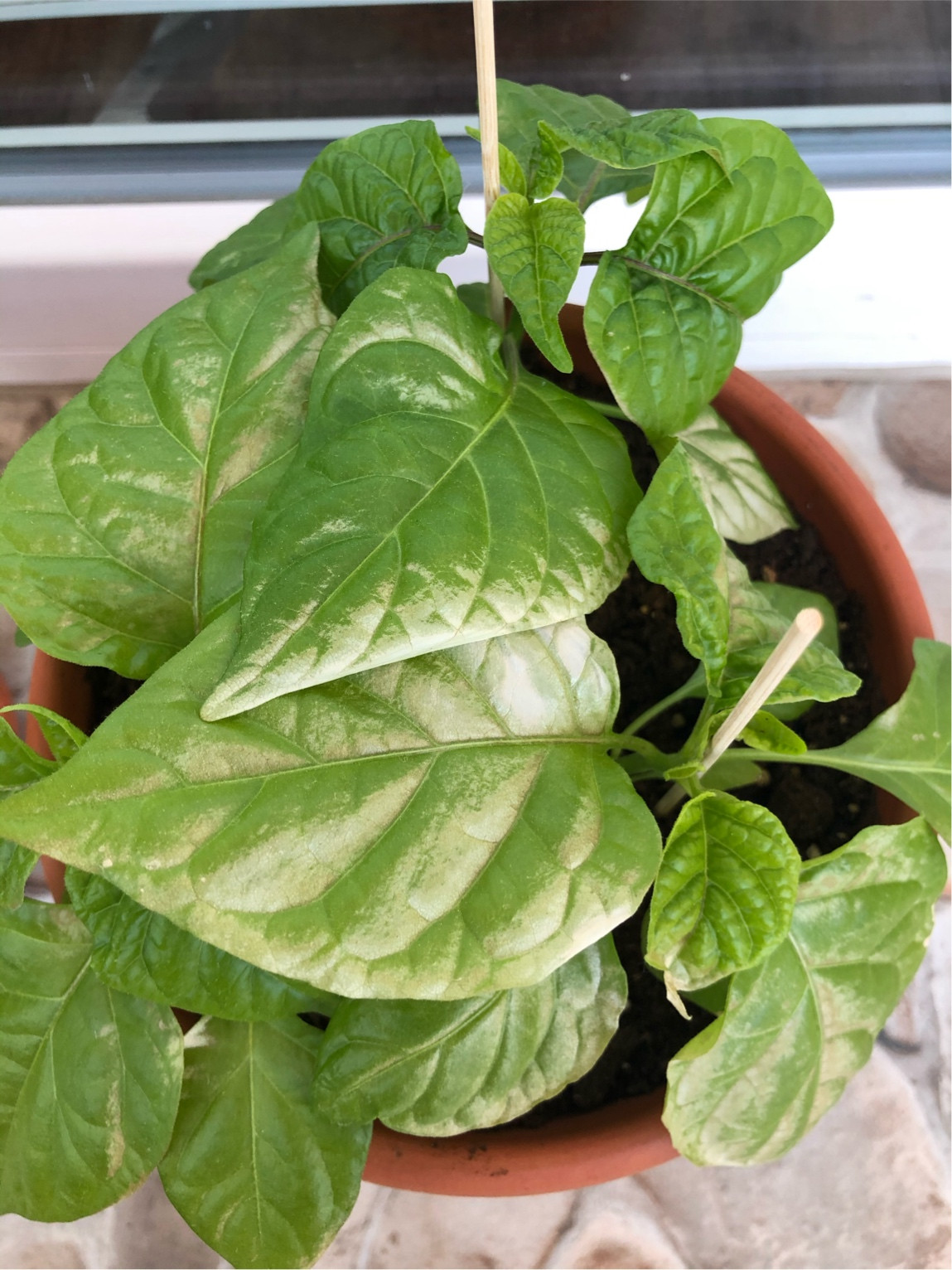 Why are chili leaves turning white? Did I spill the plants or do they lack enough nutrients?

That would be sunscald caused by the changes from putting a plant outside (from inside, or wherever). I've had that happen before, and that was the reason.

To avoid this in the future, you can try hardening the plants off. Sometimes it happens anyway, though. It's not a disease nor a deficiency; it's not caused by over-watering. It's just dried out leaf. I wouldn't expect a terrible lot more damage, but extra potassium and less sunlight should reduce the problem, if it spreads.

Another way to avoid this is by winter sowing. Another is to keep your plants outside during the day from the moment they sprout (ideally a few days before they sprout). The problem with this is you need to be consistent, and the plants might not get terribly large before the transplant, due to cool outdoor temperatures (but they can be hardened off perfectly).

Deficiencies generally result in yellowing of some kind, purple on the leaves, or such. If it were from disease, the dried part would most likely be a lot darker (if there were a dried part at all). I've never seen chlorosis make a plant white like in that Wikipedia link, though; that's curious (and not the norm for tomatoes and peppers). Zinc and magnesium deficiencies can make plants look kind of white-ish in parts, but it looks different.

I think it could be early signs of chlorosis:

It can be caused by a bunch of things. If I were you I would just top it off with compost and make sure its getting just the right amount of water and light.

You could also try pruning off some of the lower leaves, and holding off on watering until the leaves wilt just a little, put some pressure on the roots to expand a little.

3
What is ailing my tomato plants?

5
Why is my chili plant drying out when the soil is moist?
7
Why has the stem of my chili plant split?
4
Diagnosis: capsicum plants with holes in leaves, brown spots - no bugs visible
9
Carolina Chili fruit not turning red
9
White crystal like spot on bottom side of chili leaves
4
Why are my chili flowers small?
1
Chili flowers wilting few days after opening