This is the picture (large) we took the first summer we moved here. 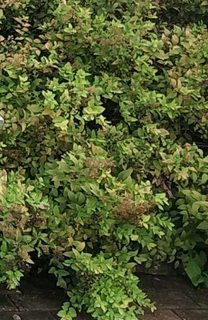 My wife trimmed and cut quite a bit in this area and this year it looks like this (large).

What are these shrubs? Can the two pictures actually be the same thing? I suspect my wife may have killed another plant, but based on the spacing between the shrubs this year, if the first picture were another plant, it would be a really large weed plant. 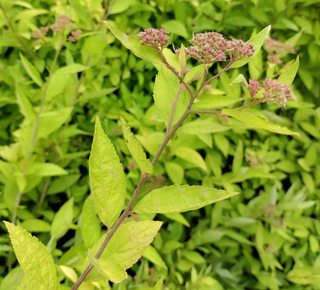 identification shrubs landscaping
Share
Improve this question
edited May 30 at 13:05
Roc W.
asked May 30 at 0:15

The shrubs are spirea, and assuming that the first picture was taken in late summer and the second one this spring, then they're probably the cultivar Gold Mound. Of course, they could also be one of the other dozen or two spirea cultivars common in the nursery trade. Their flowers should be rosy or dusky-rose clusters.

Not the answer you're looking for? Browse other questions tagged identification shrubs landscaping or ask your own question.

9
Lawn problem - seasonal grass, thatch, or something else?
7
Can anyone identify this plant/weed that has a curled-over top with little white flowers?
17
What is this cone-shaped tree?
6
What is this grassy weed called?
4
Why does my Black Currant bush have shriveling/drying leaves and fruit?
4
Can these plants survive spring floods?
8
Is this wild garlic?
3
Help with Hydrangea hybrid identification
1
Flowering plant identification and why might flowers not open?