Is it possible to revive a lemon tree with no leaves and one lemon?

first time posting on this website so let me know if I'm doing something wrong.

I received a Meyer lemon tree for my birthday in Nov (2020). It was a cutting that was planted into a pot by a nursery on Amazon, then shipped to my parents and then I potted it in the pot pictured. It came with many leaves (some died at first but from what I've read that's pretty normal).

It flowered in about a month and started producing multiple fruits, of which only one is still growing. Everything was going good; I made sure to let it dry out a couple inches before watering again. I misted the leaves every day to make sure they didn't dry out. The pot has holes in the bottom and any time there was water dripping out I removed that water. The only thing I didn't do was fertilize since I have been waiting for my shipment to arrive that keeps getting held up (and it has been winter).

Every once in a while a leaf would turn yellow and drop off, but nothing worse than that. The tree had started to grow bark and the leaves that were still there were growing larger. Just recently, the final leaves went yellow and fell off and as of today there are no leaves left on the tree, just one growing lemon and some branches. I've read quite a few other answers on this site and I still am nervous about mine since it seems much smaller and younger than others'. I scratched off a little stem near the base of the plant and it is green which I understand is a good sign. I haven't pruned because I was unsure how to do that but also because it wasn't needed (originally, there were leaves on every branch). It's now probably a little over a foot tall.

I live in Michigan and as many know, there is hardly any sun in the winter here and we have just gotten started with warm (borderline hot) temperatures around 75-90 degrees in the day and 50-60 at night. However, the tree has never been outside. I have (and still do) keep it inside at all times and, for the most part, away from any significant wind from windows. Putting it outside is not really an option for me because I don't have a covered porch and there are no trees in my neighborhood and it is very gusty almost every day.

What should I do next? I think it can be revived but I don't want to screw it up. Plus I would hate to tell my parents I killed their gift. Please tell me if anyone needs more details. I'll add some pictures. 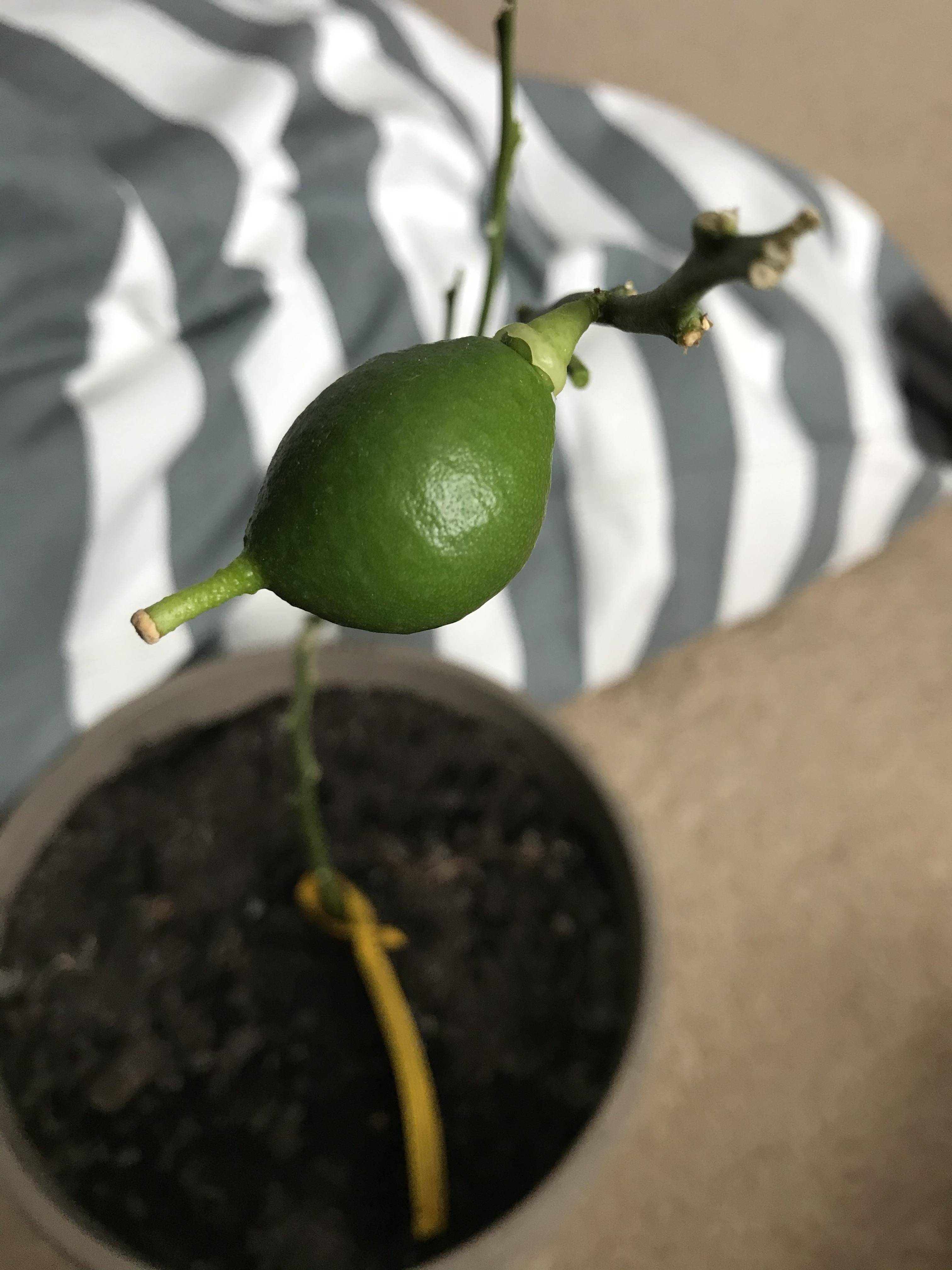 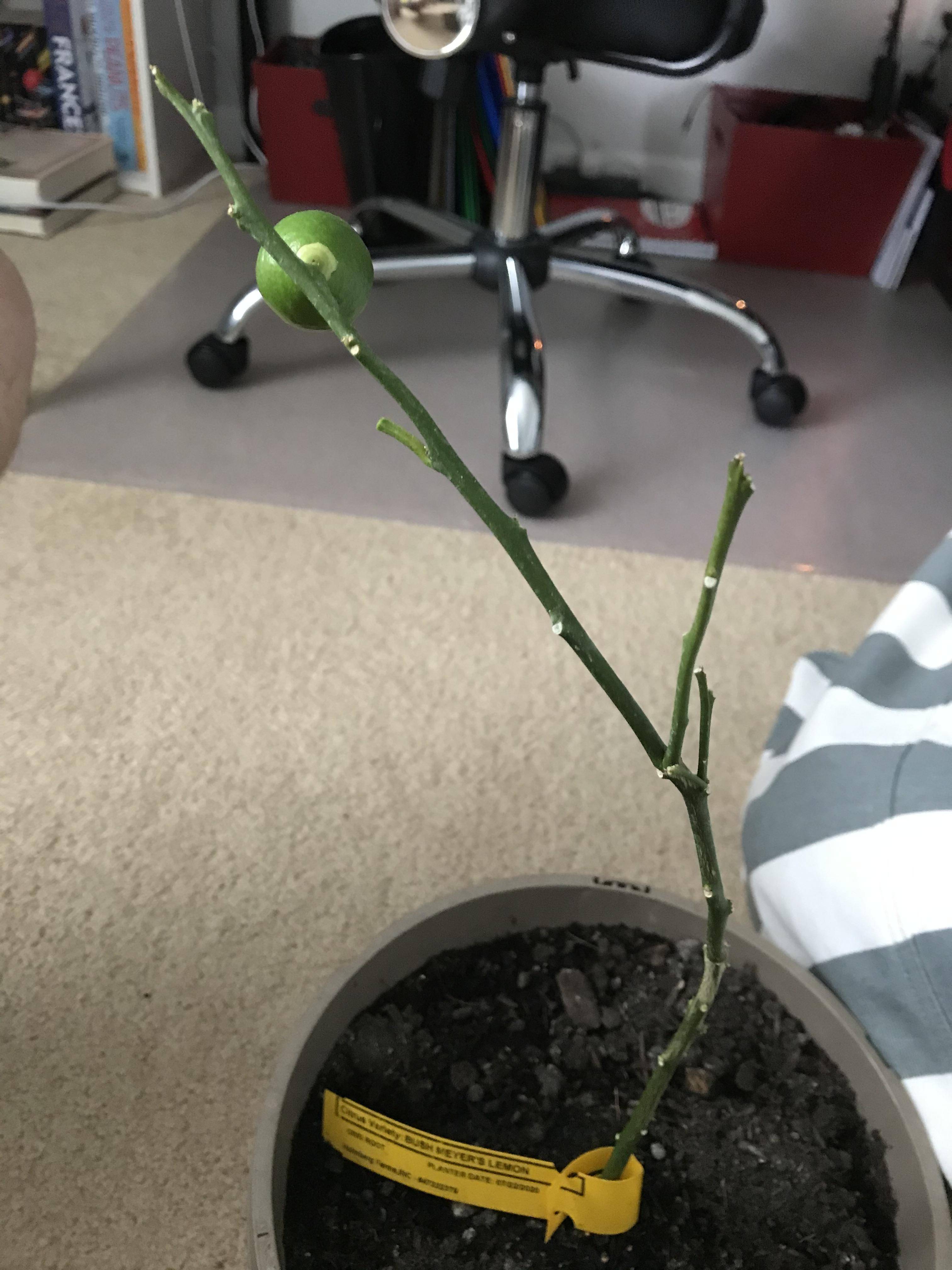 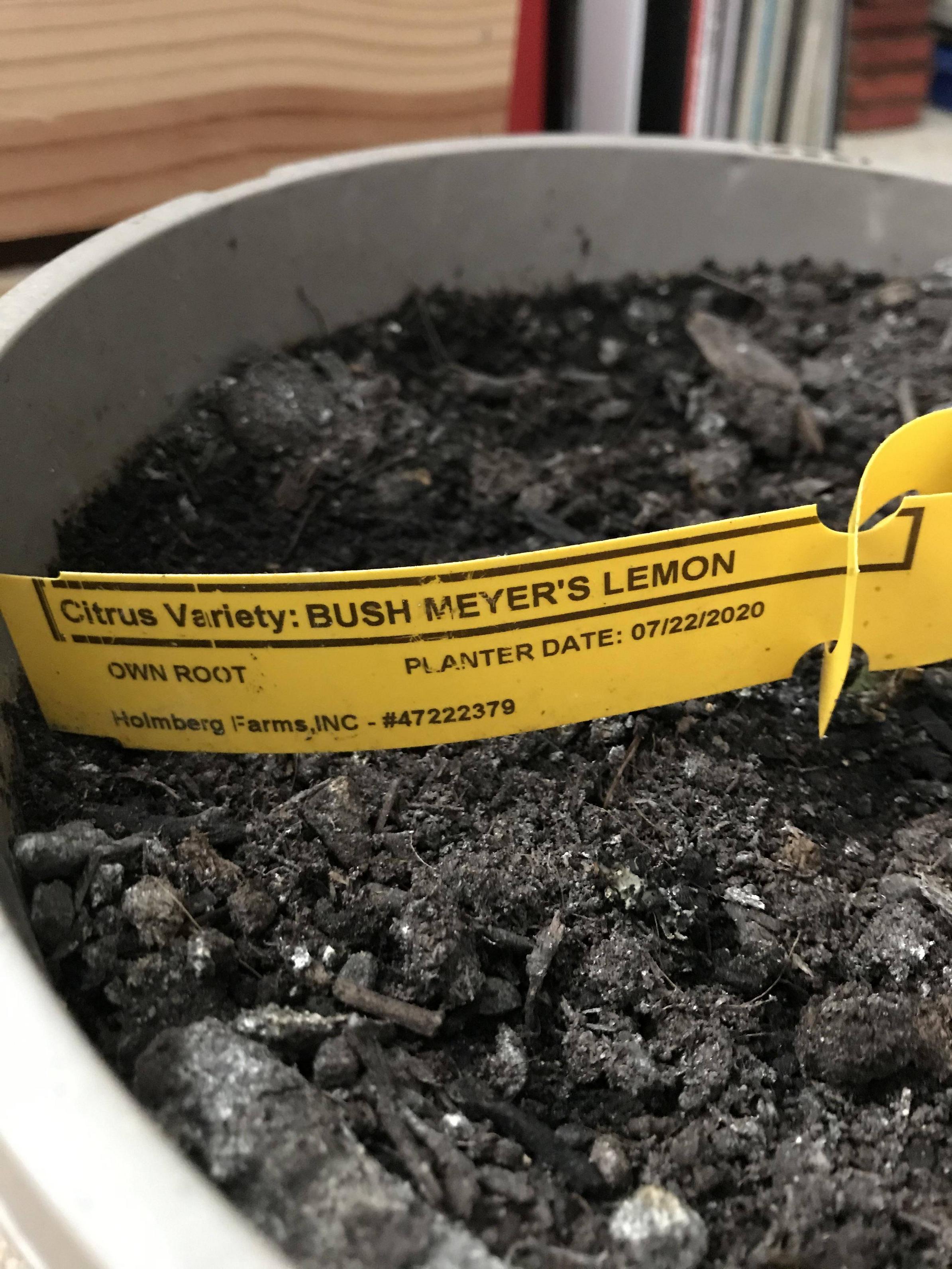 I know grapefruit trees that don't get proper light and/or water will sometimes shed their leaves and regrow them (especially if conditions improve); not sure about lemons, but probably. My advice is to give it more light. Put it by a window or something. My grapefruit tree hasn't lost its leaves since I put it in my bedroom, years ago (maybe in 2014 or 2015; I know I had it in there by 2016), which has a south window. It used to lose its leaves about once every year or two. I've never had my tree outside.

To give you some hope, thorns are actually modified leaves (and they don't usually fall off); I don't see any thorns on your tree, but the stems are green (which means they might perform some leaf-like functions, too). Even old grapefruit stems/trunks remain green, interestingly (I suppose the same could be true for lemons). The only time they're not green is when there's so much corking that you can't see the green beneath.

I don't recommend removing the lemon (at least, not until it's ripe). But, I've never had fruit on my tree. Leafless tomatoes and such with green fruit seem to survive better than leafless tomatoes without fruit; so, that's why I say that. The fruit is green and will probably also help with photosynthesis.

Wind isn't going to hurt the tree as long as it's not particularly cold. Getting it more light is more important than avoiding wind.

Make sure you're not letting it dry out too much; that can cause the leaves to drop. Grapefruit trees (probably lemon trees, too) like more water than some houseplants. If I don't water my grapefruit tree once a week, it wilts (our other plants can go weeks without wilting). It's in a 14" pot (the tree is taller than I am), and I give it a half a gallon of water a week; I'm hoping to get a much bigger pot for it within the next year or two. I do have considerable ventilation in my room, which may increase watering needs some, though.

I don't recall my grapefruit tree's leaves turning yellow before they dropped off, but it was years ago since it last did it. Make sure it's getting enough nutrients. Yellowing can be a sign of nitrogen-deficiency, disease, over-watering, or other problems. It doesn't sound like you're over-watering.

Not the answer you're looking for? Browse other questions tagged trees leaves lemons or ask your own question.

7
How to Revive my Lemon Tree?
4
Lemon plant dropping and browning leaves (indoors)
1
What causes sudden discoloration and leaf drop in a mature lemon tree?
1
Dying Pink lemon tree
1
Lemon tree that got left outside during a cold night