How to support mint cuttings with wilted tips?

I had rooted some mint cuttings in water but the upper ends of these had already wilted a bit. They have rooted and I have placed them in a 10 inch pot with potting soil. Yet due to wilting the tips are touching the surface of the soil. Should I support it with some bamboo sticks? Or do something else? 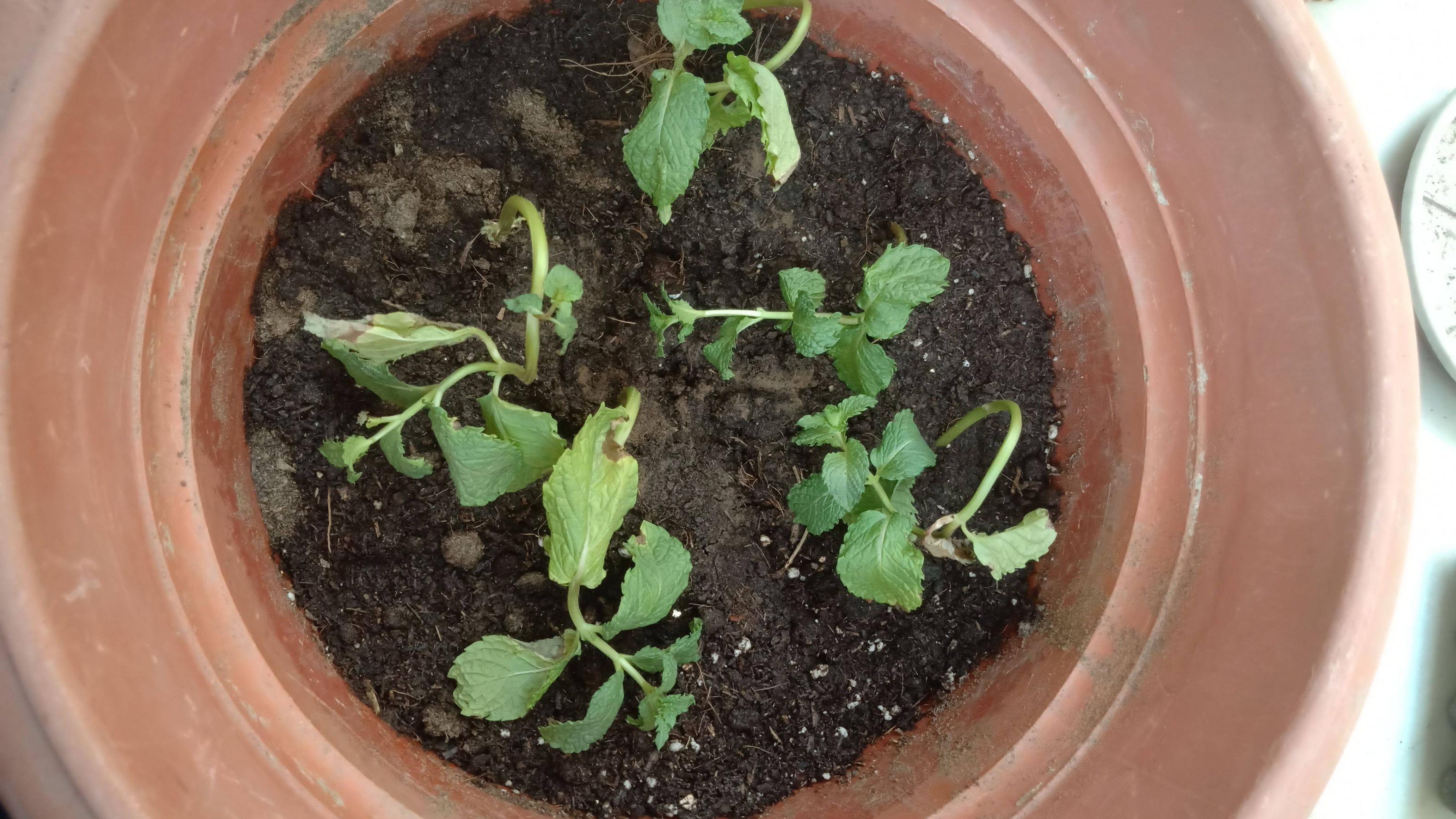 container-gardening mint wilt
Share
Improve this question
asked May 8, 2021 at 10:48

The real cause of the problem was probably that your mint was already wilting and dying before you put it in water.

I would have left the cuttings in water until there were new shoots growing from buds at the leaf joints, without wilted ends. Then you could prune off the wilted part before potting the cuttings, and avoid the chance of disease entering the wilted part from the compost.

If a cutting in water is not taking up enough water to stop it wilting, putting it in compost is not going to make it take up water faster and fix the problem.

Not the answer you're looking for? Browse other questions tagged container-gardening mint wilt or ask your own question.

6
How often can you produce cuttings from mint?
8
Should I be concerned about these purple stems and dead leaves?
2
Round 2 For Mint Cuttings. Any Tips?
6
How to restore wilted cilantro?
2
Bonsai sprout is loosing all of its leaves, help!
3
What is causing my peas to wilt?
2
When and where should I keep these saplings?
1
How much sunlight do these rooted mint saplings need?
0
For how long should I keep the mint cuttings under clingfilm?