I have used municipal compost 2: river sand 3 pot mix. Chilly planted (2 weeks old) drip irrigation done on a poly tunnel. For the first two weeks growth was really good. But after that, sudden deformation of leaves appears on some plants. First new leaves becomes yellowish, then it grows in length only. Older leaves remain healthy. Flowering normally with no deformation. checked ec and ph (Ec .8 DS-m PH 8.4) enter image description here Started flushing the pots. Not recovering yet. Checked for mites. Aphids. And trips but no issues 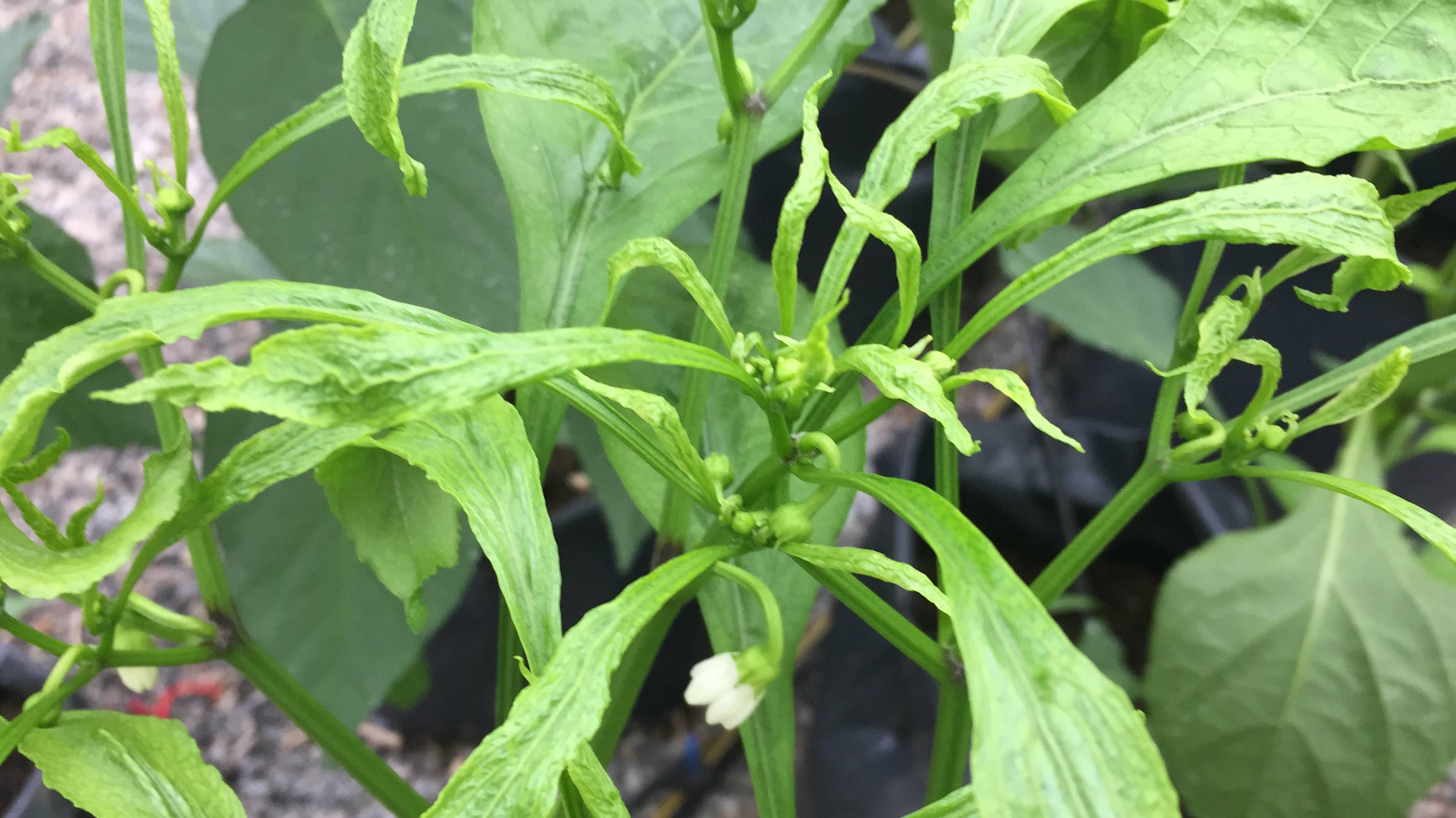 visually this seems like a copper or zinc deficiency. Might be due to the high pH as can be seen on the ph nutrient availability charts online (zinc and copper have low availability at high pHs which corresponds to visual assessment). Maybe a virus.

To me, this looks like one of two things:

Both can cause deformations of the new growth that look similar to this. Whether they cause deformity can depend on the herbicide or the virus.

Calcium-deficiency (and cool weather) can also cause deformations, but those look a lot different than yours.

Here's a link with a picture of a pepper with 2,4-D/dicamba herbicide damage. I've seen pictures of herbicide-damaged plants that look even closer to yours, though, I believe.

Broad mites can also make pepper leaves longer and thinner, but I don't think it's broad mites (I could be wrong).

Here's a link with a picture of a pepper with cucumber mosaic virus.

You might also suspect the compost. Here's a similar question with a similar problem, where they also may have used municipal compost. I wouldn't trust it to be free of herbicides, harmful chemicals, plant viruses, etc. However, dicamba can drift a long ways.

2
Pepper plants are showing strange, deformed new growth, what could it be? Virus? Deficiency? Herbicide?

11
Why does my pepper plant have yellowing, drying and curling leaves?
2
Why did the leaves of my pepper plant become partly white after transplanting?
1
What Kind of Pepper Plant is This?
3
Purple rash on Espelette Pepper leaves
0
Avoid fungus on top soil (indoor plant)
2
Mould growing on top of plant soil?