Is large vertical crack on the trunk of a shrub a sign of disease or old-age, and can this be reversed?

I just noticed one of my shrubs in the garden has a huge, vertical crack spanning almost the entire length of the plant. This plant has no issues and had a lot of foliage in previous years. Is this some kind of disease or sign of old age and dying? Anything I can do to save or reverse it? 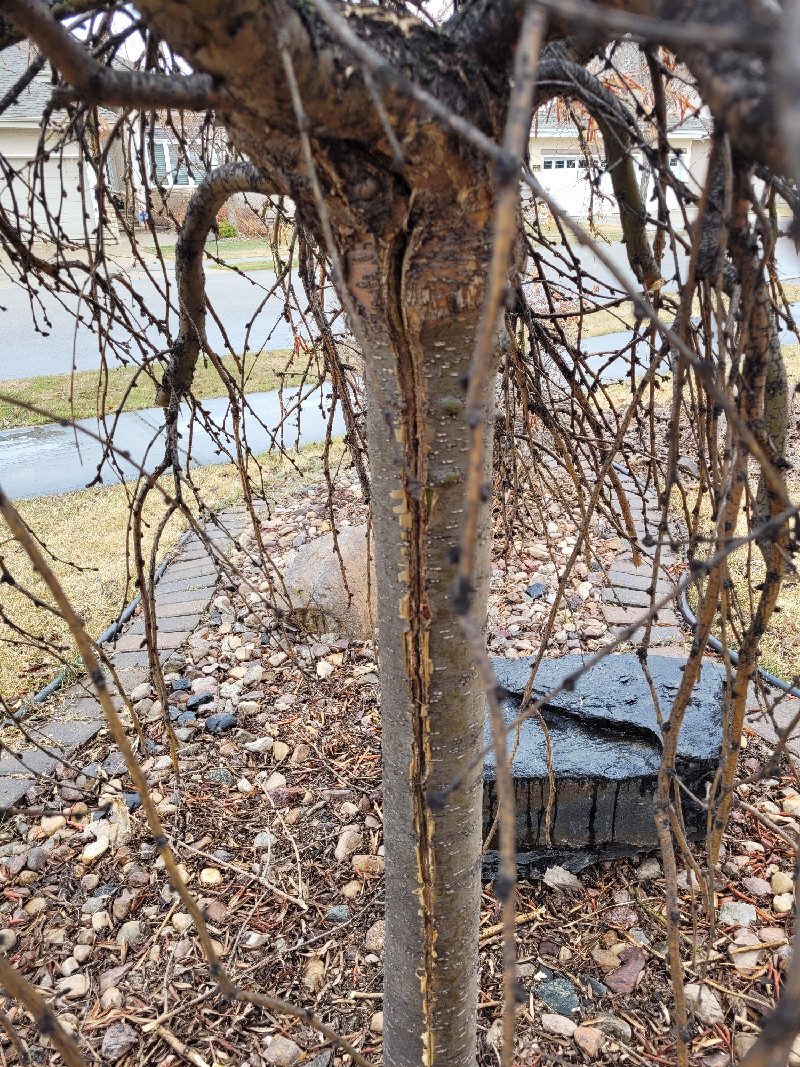 diseases shrubs
Share
Improve this question
asked May 1 at 12:20

A common cause of bark splitting is freezing in unusually cold weather. It may be killed or not , but it is an entry point for fungus and disease. You could just leave it and take a chance or start looking for a replacement. I do not know any way to significantly help it. I have three large gardenia bushes that have similar splits from the severe February freeze in TX caused by global warming. They appear to be dead while a fourth gardenia was not split is is is putting on some new growth.

Not the answer you're looking for? Browse other questions tagged diseases shrubs or ask your own question.

4
What's causing the bark on my maple sapling to split?
5
Black spots, curling leaves on potatoes, help identify problem
4
What is causing the brown-black spots on my apricots?
8
White crystal like spot on bottom side of chili leaves
5
Is the rapid new growth on this rose bush a sign of Rosette?
5
Dracaena Massangeana: Leaf spots on new growth
1
What is wrong with my acer (and can I save it?)
2
Having Various Issues With Multiple Tomato Plants
3
Chrysanthemum flowers and buds turning brown and dying, leaves wilting and getting brown spots
2
3 Mango Trees (6 months old); Grayish-Orange Spots heavily progressed; Blackening/brown curling leaf tips; 1 Mango Plant losing all its leaves!