I may have started my watermelon plants too early. I started them in solo cups and then transplanted them into 3 gal pots indoors. They are growing big quick!

I have a 10x9foot garden plot which intend on moving 1 into the ground. Variety is crimson sweet

Due to the weather not being warm enough (50 degree nights) my plan is to keep them indoors another month in my grow tent. My plot currently is completely covered in solar mulch. Is it going to be ok to transplant a large melon plant? 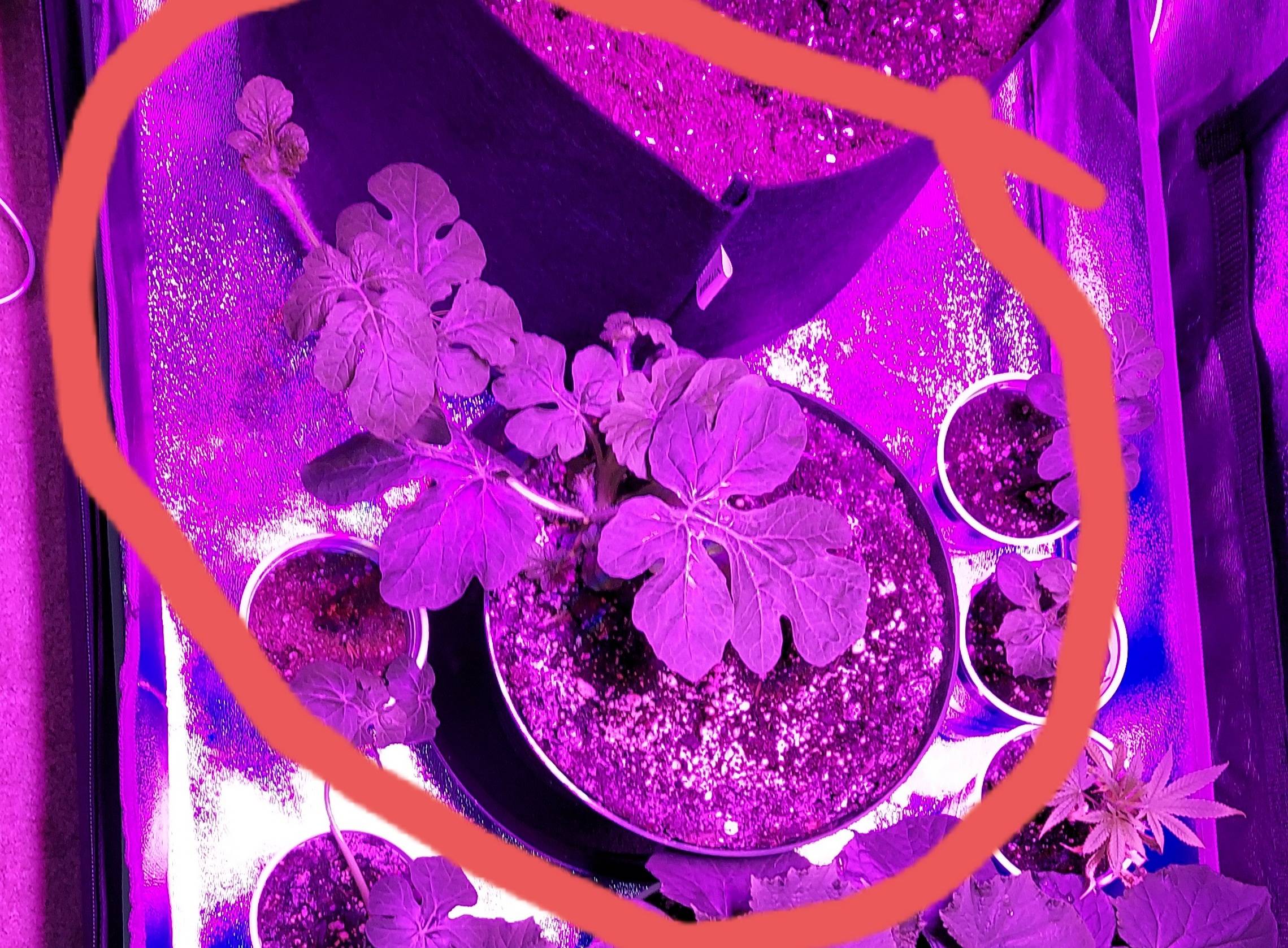 I've never used pots that big for pre-transplant watermelons (although I've grown much bigger/older watermelon plants indoors under lights before the transplant), but if you prune it short soon before the transplant, that should prevent stunting. You might as well prune it early enough for new leaves/branches to start to grow (but not so early that the new leaves mature too much). You just don't want a lot of old leaves that grew indoors, in my experience, since watermelon leaves (especially old ones) seem sensitive to light changes (the kinds of light).

Your plant isn't terribly concerningly large now, though. It's hard to say how much pruning is necessary. It'll probably get a lot bigger, if you have it indoors a while. At that size, I might just take off the oldest leaves.

Interrupting the tap root is said to be a problem with starting watermelons indoors for long, but I personally think it's more about old leaves used to different kinds of light. It would be great to see some studies on both topics, and some studies contrasting them.

I read that higher degrees of ramifications can potentially result in increased production in some cucurbits, if you want to experiment with pruning to get that, while it's fast-growing indoors. I mean, prune off the end so it grows a new branch, prune off the end of that branch after a while, and hopefully it'll grow a branch, and so on. I think three degrees is supposed to be good for cucumbers (not sure about watermelons).

I use foam cups for my watermelons (standard to the next size up).

Anyway, I don't know everything; so, it's best to be careful, and observe.

Not the answer you're looking for? Browse other questions tagged transplanting watermelon or ask your own question.