Can I revive my poor cactus?

My poor cactus was under-watered and I accidentally left it outside during the Big Southern Freeze in February. I had forgotten all about it when I was freezing my butt off in my house. I feel awful about it!

Have since brought it inside. Been watering it here and there, but don't want to risk rot. Used a little cactus fertilizer.

It has a dramatic lean and looks shrivel-y. It looks like the top is going to break off. There are some damaged spots from the freeze.

Does it look like a goner? Do I need to cut it and let it regrow or do I need to just let it be? 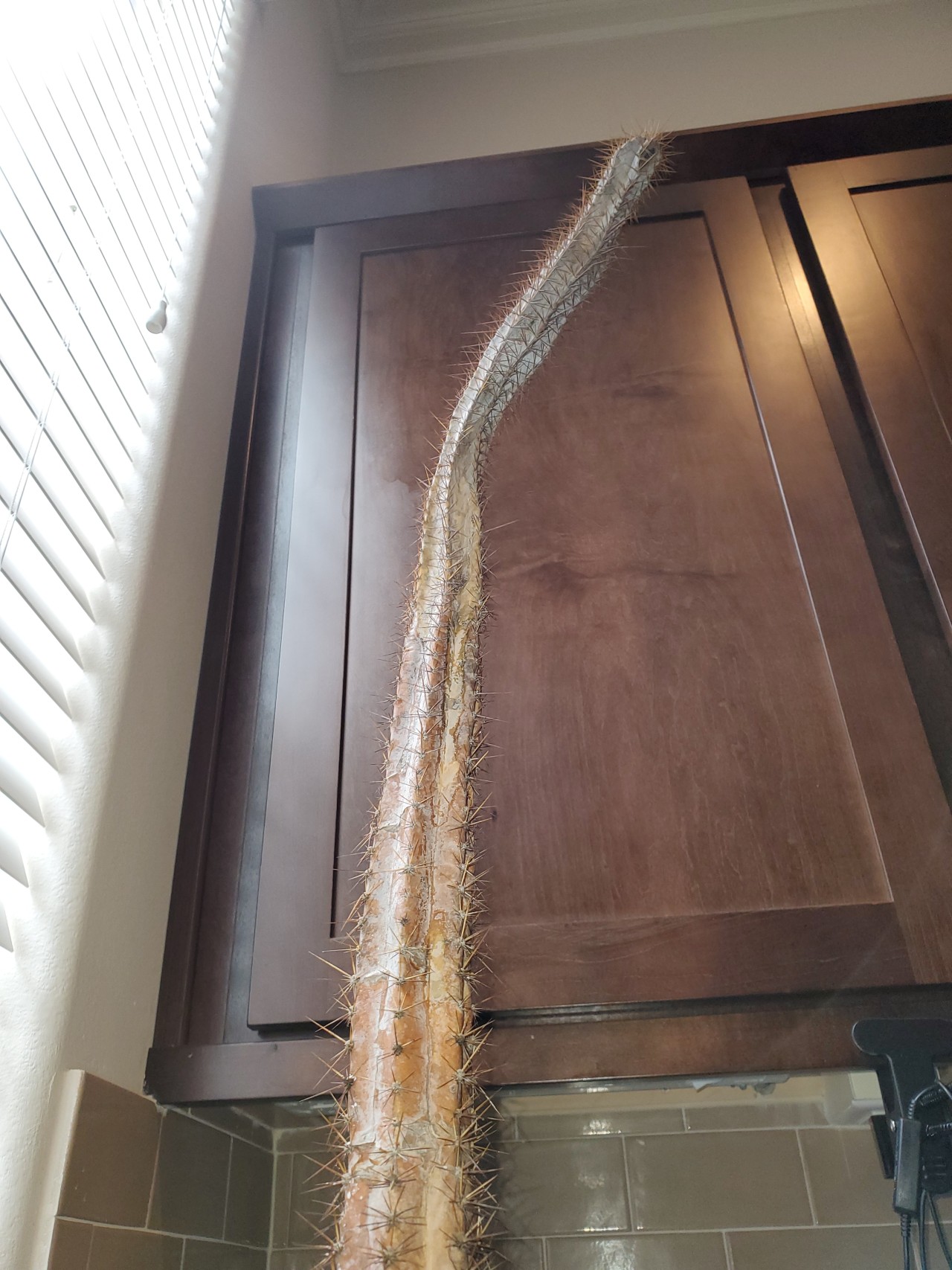 Cut my cactus open and it looks like death :'( Is this goodbye to the cactus I've had for 20 years? 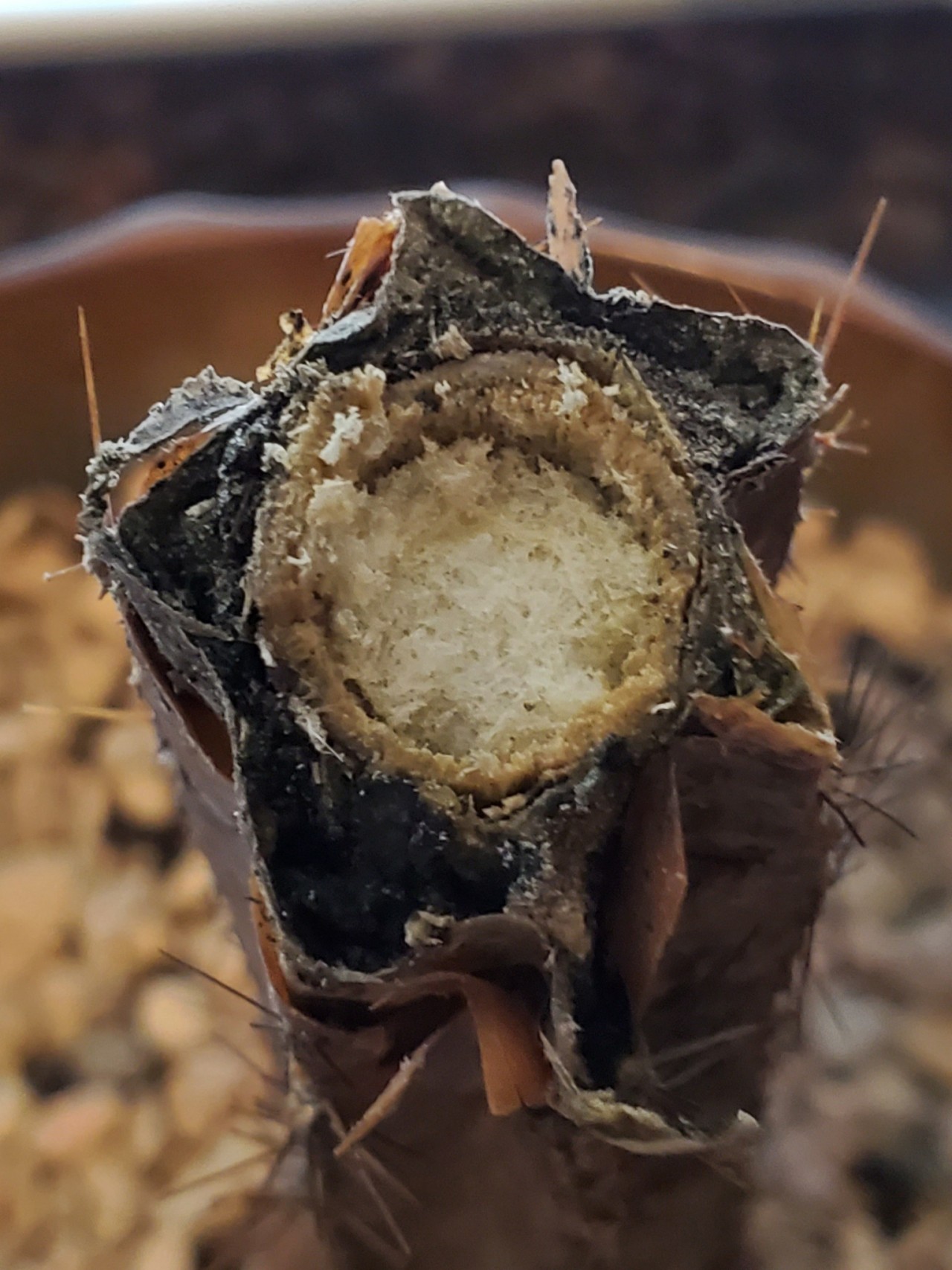 I think the best way to save this cactus, is to cut off the top and use that as a new cutting. You can cut off where it starts to bend and let that cutting dry for one week or so before you put it in a new pot with soil. The cutting will then make new roots and you'll have a new cactus.

There is a lot of info online on how to do this, this here is just one site I found where they describe how to take cuttings.

7
Centering Opuntia Cactus
2
Help revive cactus?
2
Cut-off cactus piece not showing signs of new roots, should I plant it in the ground anyway?
0
How can I tell how old my fairy castle cactus is?
1
can I save my cactus?
1
Can I Save My Purple, Skinny, Lopsided Cactus?
4
Can a cactus be encouraged to "branch out"?
1
Can cactus live in water permanently?
2
Cactus looks weird