Yellow spots on my tomato seedlings

Would anyone happen to know what these tiny yellowish dots are on my tomato seedlings. They are about a month old, the seedlings. I've just noticed the spots after a deep watering. I've checked for bugs and stuff. I didn't find any. I keep a fan on to keep it ventilated. I'm pretty much a clean freak so my plant nursery stays pretty clean. They are inside under grow lights. 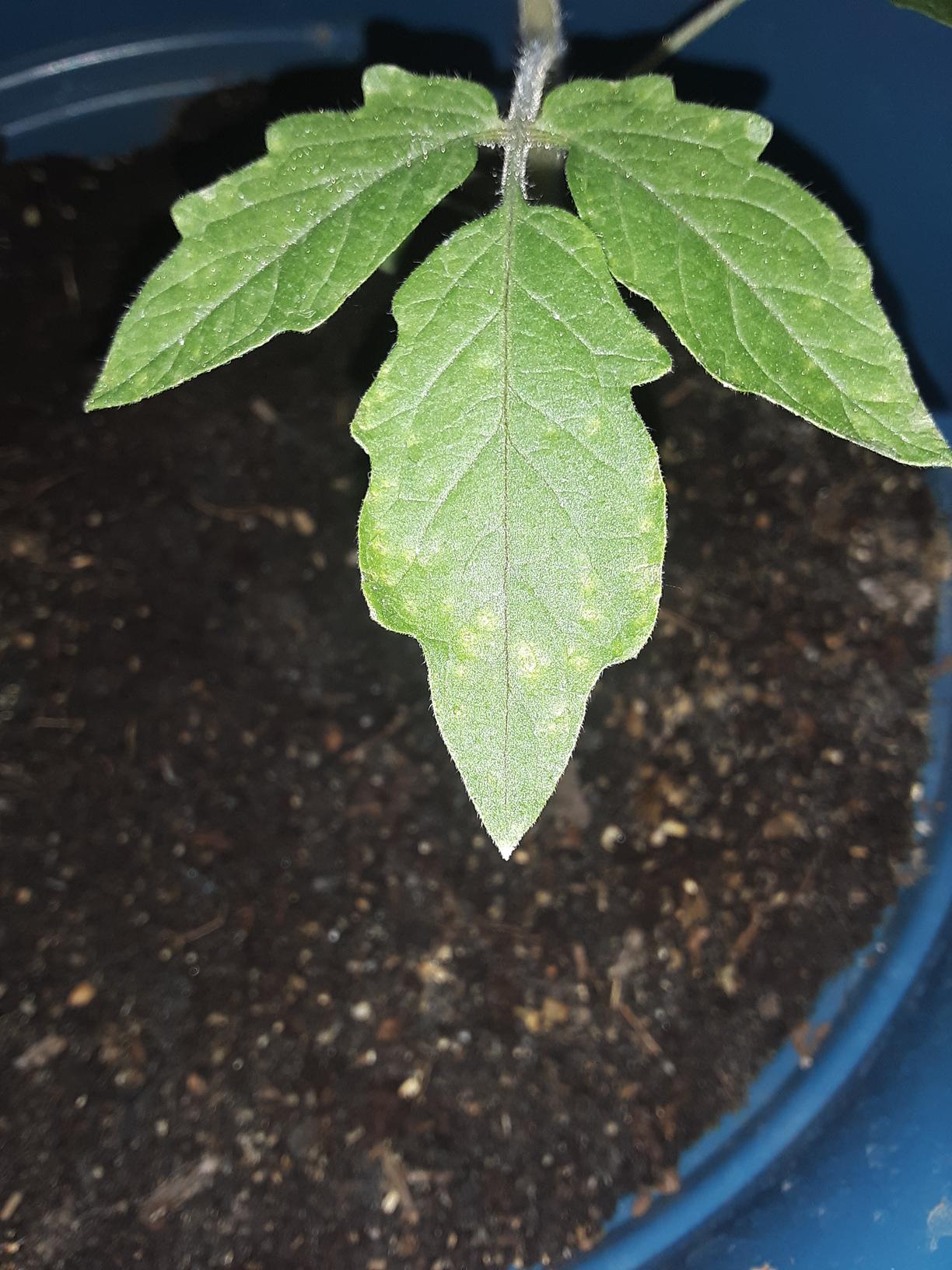 If they came right after a watering (especially if they appeared in like seconds) then I would suspect edema. Edema can look a lot scarier than that, though, but it's harmless. It's just a cosmetic thing. Too much moisture, crowding of plants, warm humid air, lack of ventilation, mites, and other things can contribute to edema.

If it's not edema, I'd suspect mites or else a fungal disease (or possible bacteria or algae).

Not the answer you're looking for? Browse other questions tagged tomatoes seedlings or ask your own question.