We got a ZZ plant for my daughter last summer and it has been going well, but recently it has been struggling. We noticed a little leaf yellowing and we thought it might be cramped in the pot (the whole plant was in the small plastic pot shown in the picture). We got a larger pot, repotted it, removed the stalk that was struggling, and moved one stalk to a separate pot because we wanted to have 2 pots anyway. That was three weeks ago and we watered it thoroughly when we spotted it, then again 2 weeks later (the dirt felt dry on top and bottom) as you can see, there is more yellowing. I'm concerned it is the soil - I checked it a week after watering and it felt damp still. I'm concerned maybe I was given bad advise at the plant store to use moisture control indoor potting soil. Not sure what to do now. I could switch soils, but I don't know if that is the cause or if repotting just 3 weeks later would cause to much stress. Any suggestions? 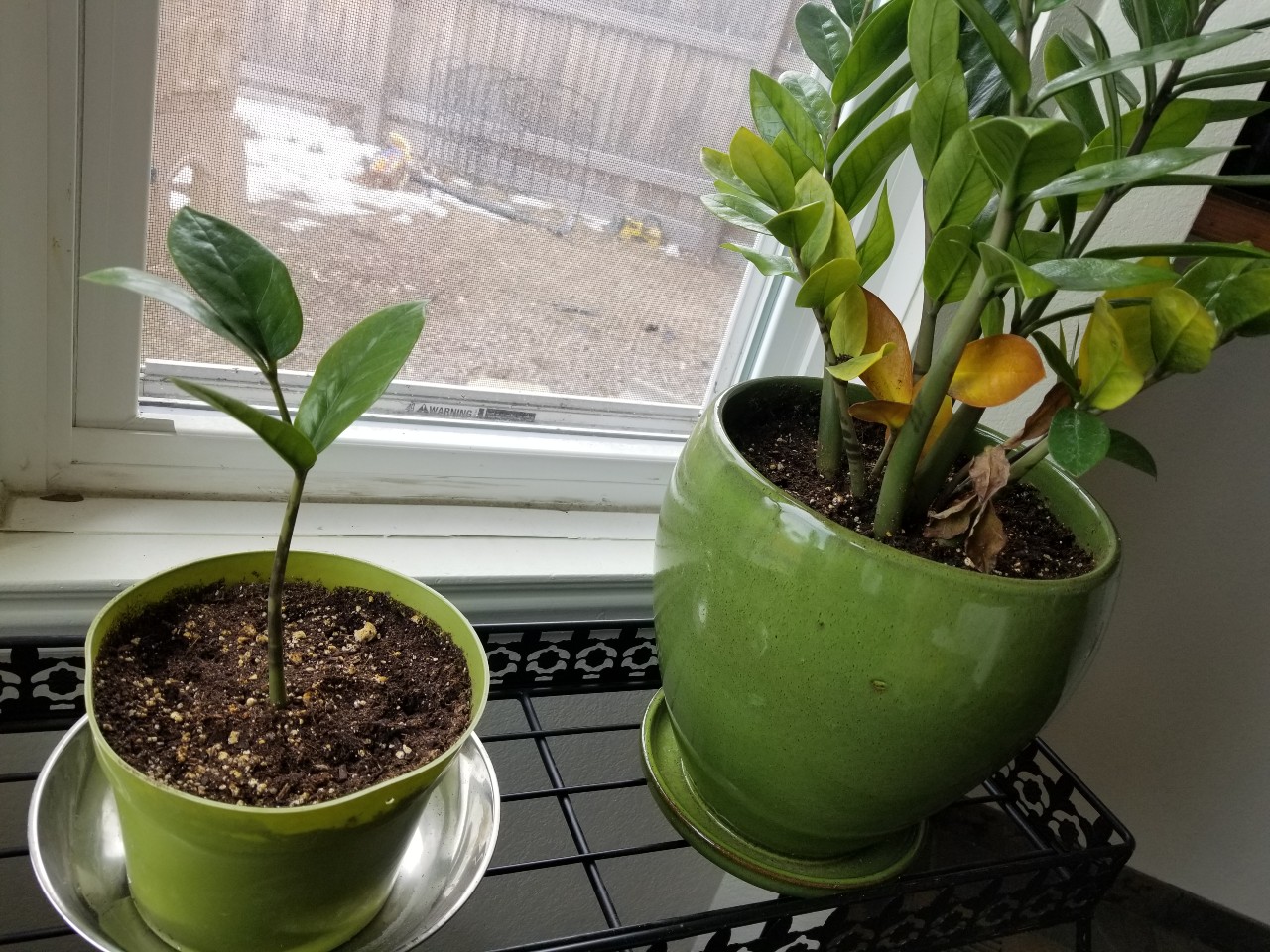 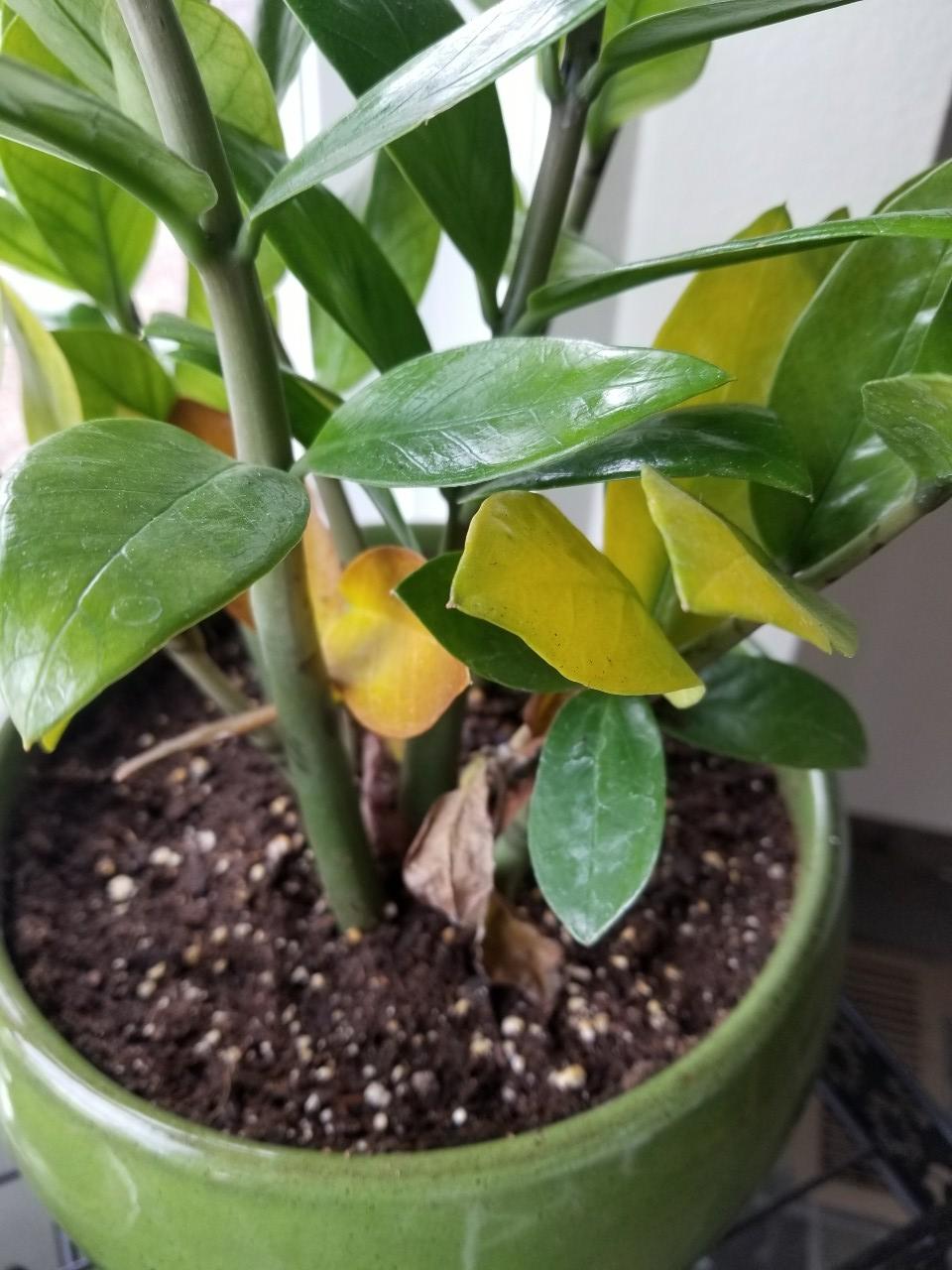 I think the yellowing leaves are a sign of overwatering. You also mention that the soil is still damp after a week, which suggests that the soil has no proper drainage.

Not the answer you're looking for? Browse other questions tagged houseplants plant-care aroid zzplant or ask your own question.