I have what I believe is a 30 ft Norway Spruce that looks very healthy, except for the bottom three feet of branches which have almost no needles. This bottom portion of the tree is shaded out by some large shrubs for a good portion of the year, is this the likely cause? Is there any way to encourage growth on these lower branches (with or without removing shrubs), or is all new growth on the top of the tree?

I live in a region where Norway spruce grows wild, and in my experience, the lower shaded branches shedding their needles and dying is perfectly normal for these trees. For the tree, there's no point in keeping these branches alive when the same energy and nutrients can instead be directed towards the upper branches that receive more sunlight. 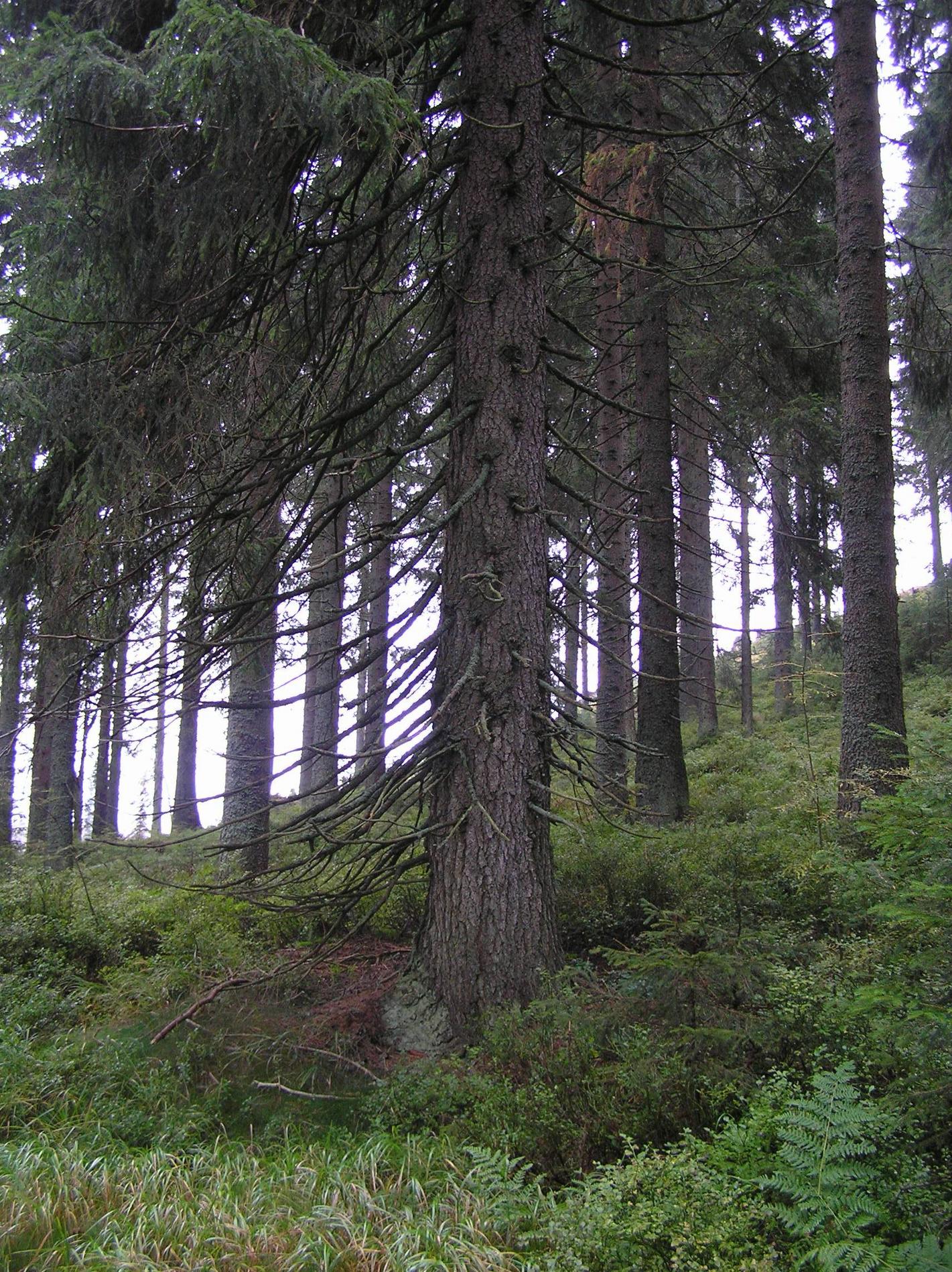 Unlike Scots pines, which are also common here, spruce trees don't usually shed the dead branches by themselves. Instead, the branches will dry up but remain attached to the tree unless something (like a passing human or an animal) breaks them off — which is easier said than done, as even the dry branches are still quite tough and prickly and firmly attached to the trunk. I suspect this may even be a deliberate evolutionary defense mechanism to protect the trunk of the tree.

Anyway, as long as the rest of the tree appears healthy, I see no cause for concern here. As already noted by Bamboo, the dead branches will not grow back. (If they're only almost dead, they might still revive if exposed to more sunlight, but even then only the new growth at the tips will have needles.) If you find them unsightly, you can cut them off, but it's also perfectly fine to let them be.

Either way, if you trim back the shrubs shading the base of the tree and let it grow, you'll likely find that the upper, still live branches will gradually bend down as they grow out, resulting in a layer of live green branches that will eventually hide the base of the tree from sight. But this is likely to take years if not decades.

Once the needles turn brown or fall off a branch, regeneration will not take place, though you may find growth at the tips of those branches. Probably the best thing to do is remove the affected branches at the base leaving a clean trunk - hopefully this won't notice because of the shrubs around it. Loss of the lower branches is not that unusual - we have a 45 foot one in the gardens here, with low growing shrubs at the base, and the bottom part of the trunk is clear up to about 10 feet.

Spider mites attack lower branches , starting near the trunk of spruce trees. Dormant oil should control them but it may require a few applications months apart, They are tiny and you have to look very closely and magnification helps. To get to the center of the tree I have taken the sprayer in to the trunk of the tree and sprayed rather than try to spray from the outside and get past the good outer needles . It is baby oil / mineral oil so no problem to spray yourself.

If you really, really want to regrow them, wait to do your pruning during the ideal pruning season--late winter, before the buds have started pushing their caps off. (In my area it would already be too late this year.) Then give them a loooong time to potentially start growing after pruning (at least a couple of springs).

Worst case, it doesn't work and you can always lop off the remaining branch later.

Not the answer you're looking for? Browse other questions tagged trees tree-care evergreens spruces or ask your own question.

4
What is wrong with this Norway spruce?
7
How important is full sun for a Blue Spruce tree?
6
What is causing the tip to brown and die on my Norway Spruce?
3
How to tie tree trunk and branches for support
1
Plants for under blue spruce tree
3
How to bring my Olive's branches back to life?
2
Help with columnar blue spruce
1
Should I worry about planting nonnative Norway spruce in NY?
1
Does white spruce have new growth only in spring?