What type of caterpillar is this?

I found a caterpillar in my garden in Johannesburg, South Africa. It is mostly black/brown, quite large, and has four white patches on its head. The tail has a small spotted white tip. It’s is about 10cm long Here is an image: 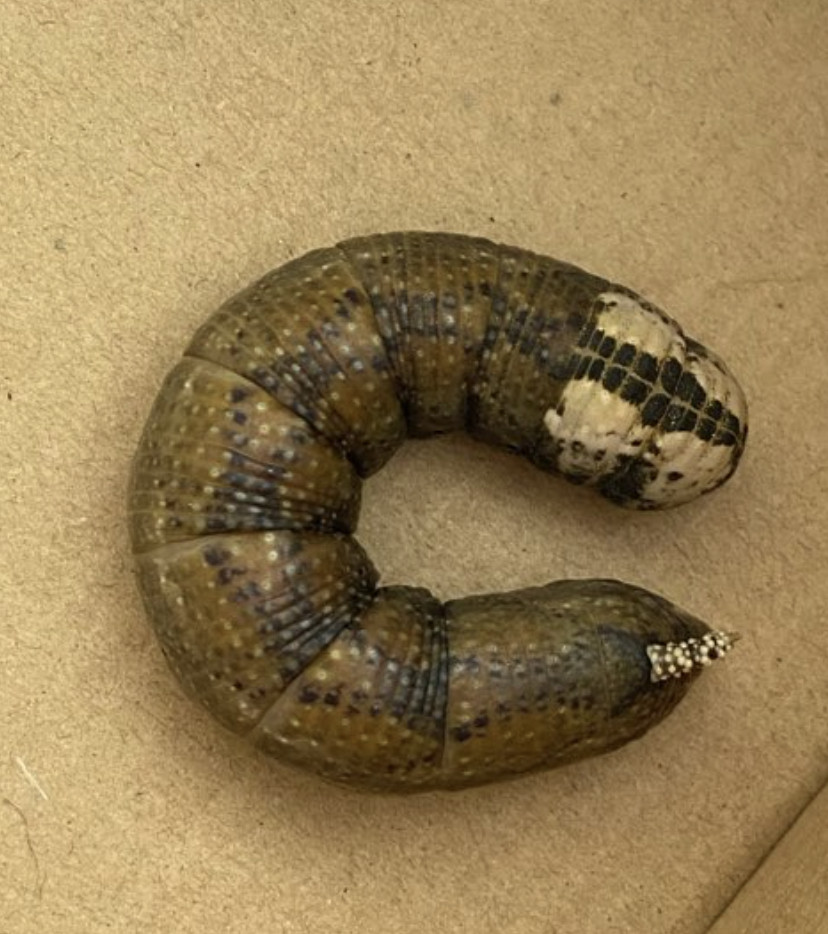 Should I kill it, or is it safe to let it free. Will it destroy my garden?

Is it good? It will eat your potato or tomato leaves. It is nearly fully grown, maybe feed it some leaves and let it tunnel into soft dirt, and allow it to turn into a moth.

"Eggs are laid singly under old leaves of Solanaceae: potato especially, but also Physalis and other nightshades. However it also has been recorded on members of the Verbenaceae, e.g. Lantana, and on members of the families Cannabaceae, Oleaceae,[9] Pedaliaceae and others."

Not the answer you're looking for? Browse other questions tagged identification bugs or ask your own question.