I have had both these mini cacti for a bit more than a year, and both are having different kinds of brown discoloration at the bottom. The first cacti has a yellow-brown-greenish discoloration at the base and its green color is becoming less vivid. The discoloration feels hard and it seems there is some kind of cut going from the discoloration into the still green part of the cactus. It has been like this for 2-3 months, and I have tried giving it a bit more or less water. It does not seem to be getting worse rapidly, but it's not getting better. Does anybody know what is going on, if it is bad for the cactus and how to help it? 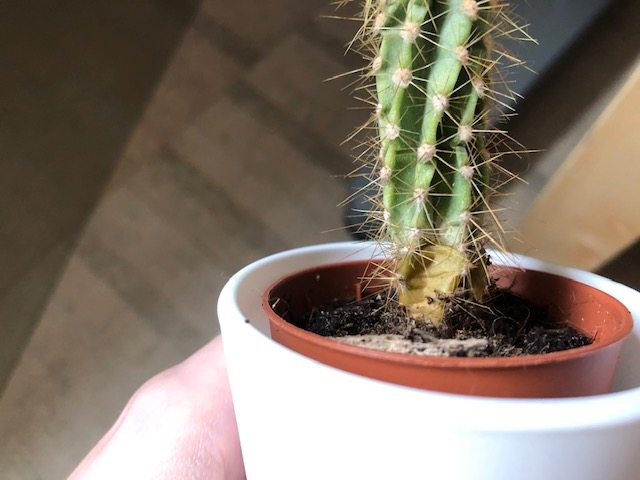 The second cactus has a very hard pale discoloration at its base. It started with a brown discoloration, but now it does not even look like a part of the cactus anymore if that makes sense? It has been like this for also 2-3 months, and the base has not been growing upwards rapidly but the previously brown discoloration is now this strange hard and pale thing. I have also tried giving it a bit more or less water. Once again, does anyone know what it is, if it is bad for the cactus and how to help? 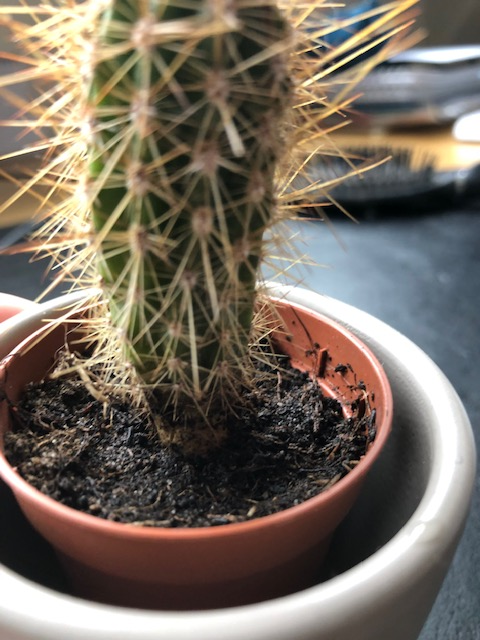 Thanks a lot in advance!!

It just looks like a little corking, where the plant hardens part of the stem for a variety of reasons.

I think yours is due to the soil being too moist/rich. It's holding moisture next to the stem for too long.

I recommend repotting it in cactus/succulent soil. And dont let it sit with wet feet in that outer pot.

Not the answer you're looking for? Browse other questions tagged diagnosis cactus discoloration or ask your own question.