What is this plant species?

We’ve had this plant for over 20 years but still don’t know the species! Does anyone recognize it?

Also, any advice on how to make it take less space without hurting it much? 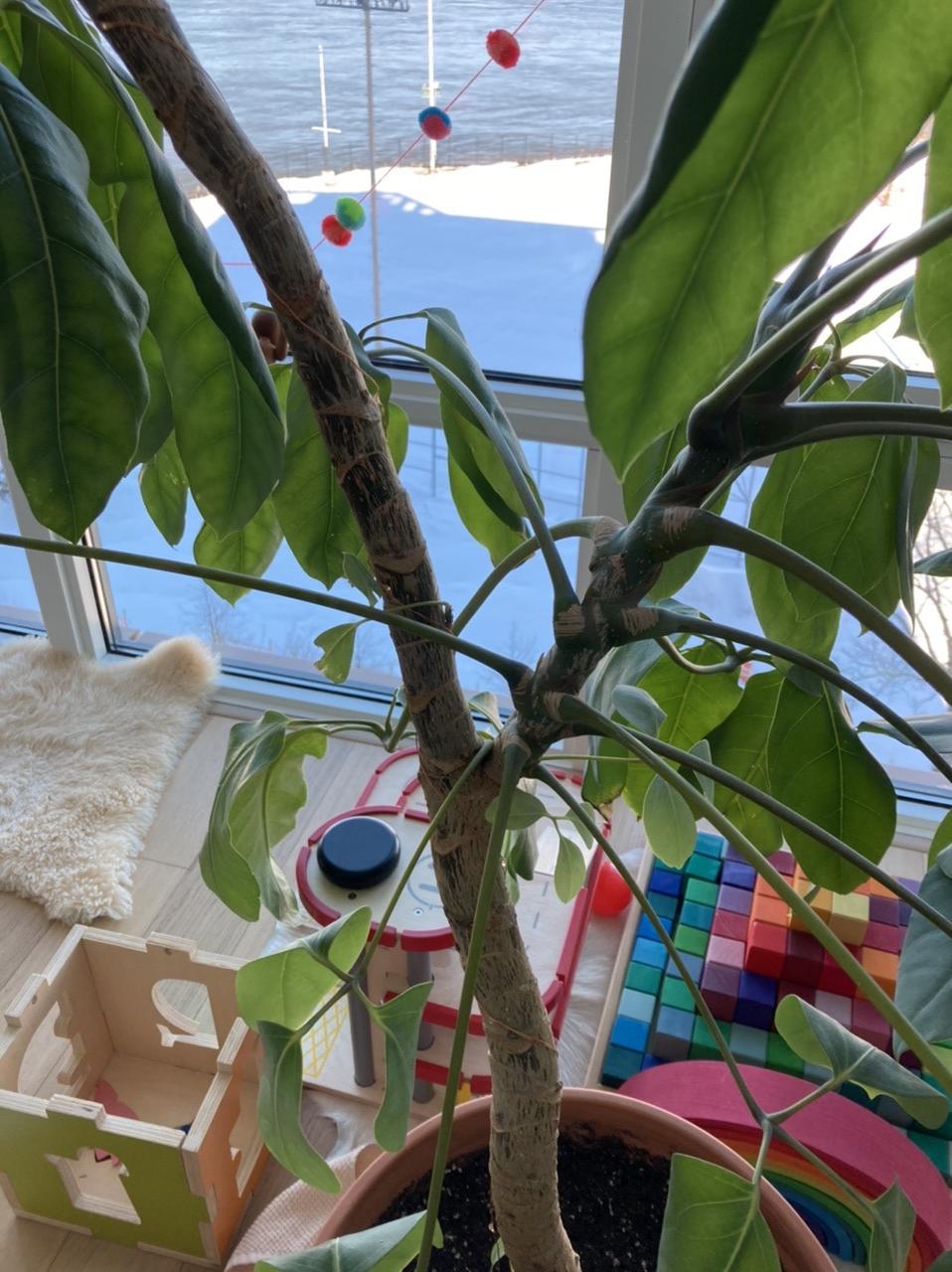 This plant is an example of Schefflera actinophlla or the Umbrella tree. As you have had it for a while it is probably the species rather than a cultivar like Amate which has darker green leaves.

It is native to Australia, New guinea and Java and can grow up to 50' (15m) tall. Indoors it has no problems reaching 10' (3m) tall. In Florida and Hawaii it is considered an invasive species when grown outdoors.

Indoors it rarely flowers and is subject to spider mite, scale and thrip. Spider mites are the most common and look like tiny grains of salt on the undersides of the leaves. Severe infestations show webs between the leaves. Soap and water is quite effective in treatment and details are here.

This plant does quite well in high light but can tolerate lower light in east and west windows. Water thoroughly and let dry.

If it gets too tall or straggly it responds well to dramatic pruning. You can cut these back to six inches above the soil and it will eventually bud from the stem. A more measured response is to leave two to three feet of stem from the soil.

7
What is this South Florida tree?

3
I bought a plant but nobody knew what it was. Can anyone here identify it?
6
What is this weed, and how to remove it?
7
What kind of plant is this, I never seen this plant before
12
Which species and group of clematis is this?
6
What kind of plant is this
5
Help with identifying weird tree
4
How do I save my chilli plant
3
What is wrong with my avocado plant?
5
What is this plant with purple flowers growing next door?