Is it too late for this peace lilly?

My husband received this peace lilly back in '04 from his office as sympathy for a family loss. When he was there the plant grew to be huge (florescent lights?) But he left that position and brought "Frankie" home.

Frankie was in our kitchen until I discovered EVERYONE was watering him. He lost a lot of leaves. I moved him to another location and then he would not get watered for long periods. He was much smaller, but still had plenty of leaves.

For the last two or so years he had three leaves, but last summer I discovered the leaves were all brown and dry. I moved Frankie to a smaller pot with fresh soil (put two miracle grow spikes in) and thought we would be able to get him to bounce back. (Roots were minimal, but white and seemingly healthy.)

I put him in the kitchen window (blinds are usually mostly closed) so I could talk to him and keep an eye on him. Then I read about them not liking direct sun, so I moved him back to the center island. It's been three months + since reporting and I haven't seen any new growth, but he is firm in the soil.

Did all the trauma just do too much? Anyone have suggestions? I am not a gardener so I just don't know what else to do.

Thanks in advance for any advice you may have. (Edit: picture should be attached....showed that it was earlier.) 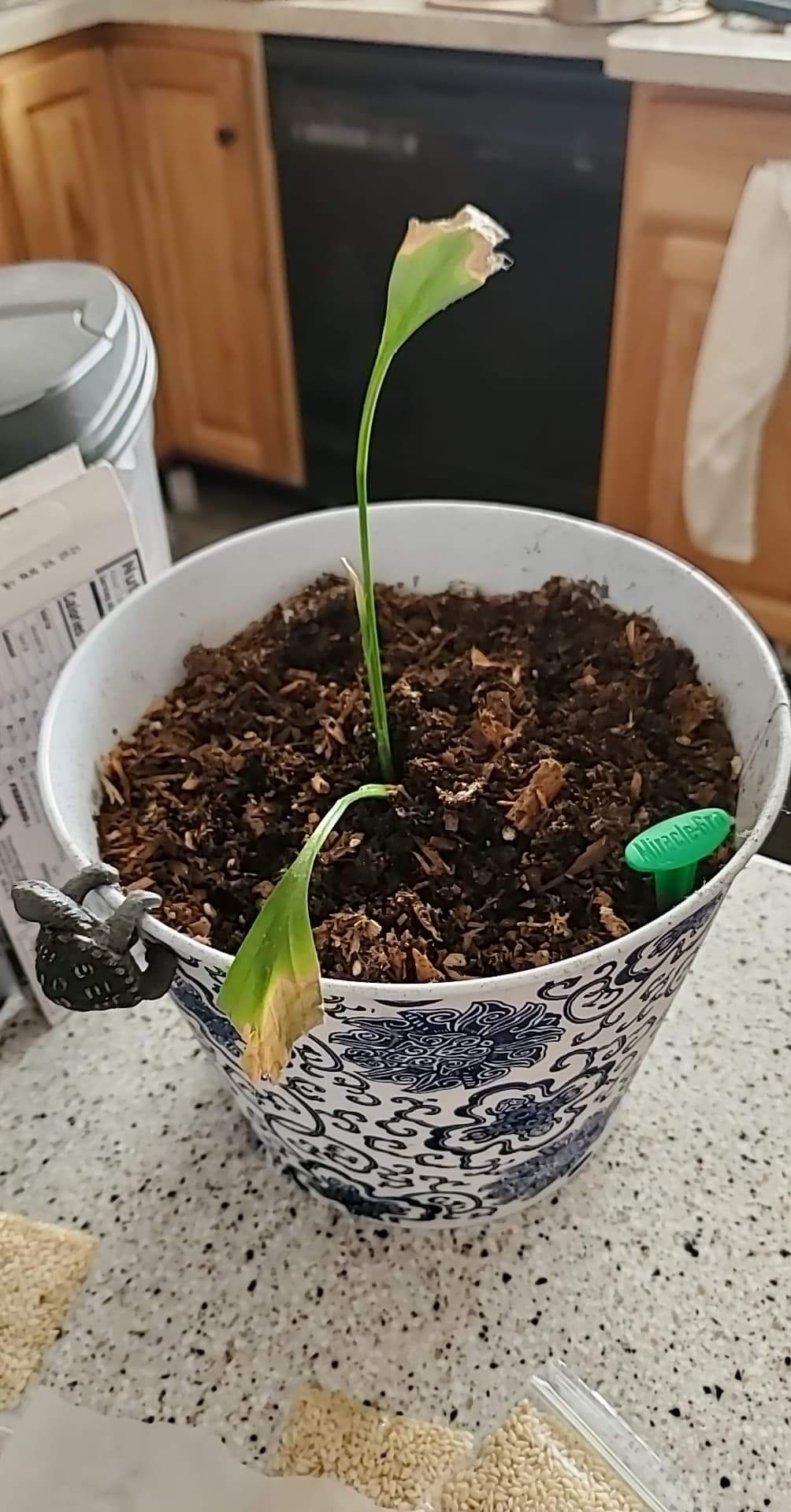 Unfortunately, that looks too late, sorry. I don't have a good history with Peace lily too. They reaction to stress is so bad. and the only medium I managed to keep them alive (after a stress such as dried or rotten roots) was water.

Your Peace lily has almost no foliage so it has a serious problem with the photosynthesis. And two years + three month without any progress, means bad. anyway, wash it's roots and put it in a jar filled with water and change the water every two to three days. My own experience shows that they will start new root growth after about one month and if you provide them nutrition's (carefully!), they will start foliage growth about two month after that. As I told, you might have done this two years ago but you can try.

Not the answer you're looking for? Browse other questions tagged houseplants plant-health plant-care peace-lily or ask your own question.

3
Orchids not flowering
4
Droopy peace lily
3
What has caused stunted growth of my Peace lily?
3
Why are the new leaves of my peace lily smaller than old ones?
2
How much sun for a hellebore plant?
1
Is it possible to save this aloe?
5
Half of my peace lily is droopy, the other half is fine
1
Where to place grapevines in the hot Australian sun?