Is this moth orchid irretrievably dying?

Leaves have been dying back for some time but the roots always looked fine. But then the leaves completely dried up and I cut them back to see if there were any viable stem. When I found these. 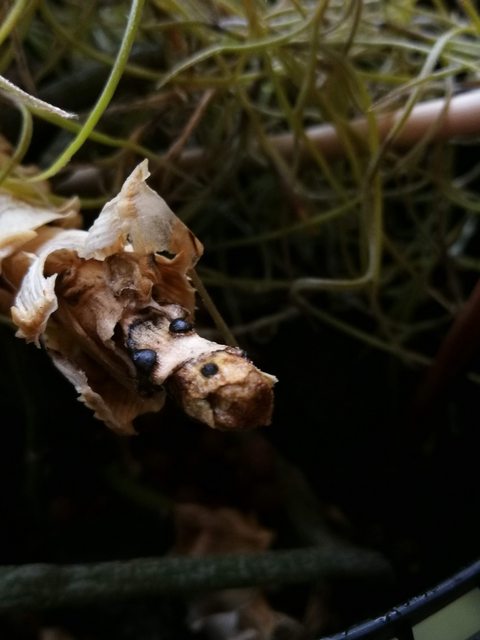 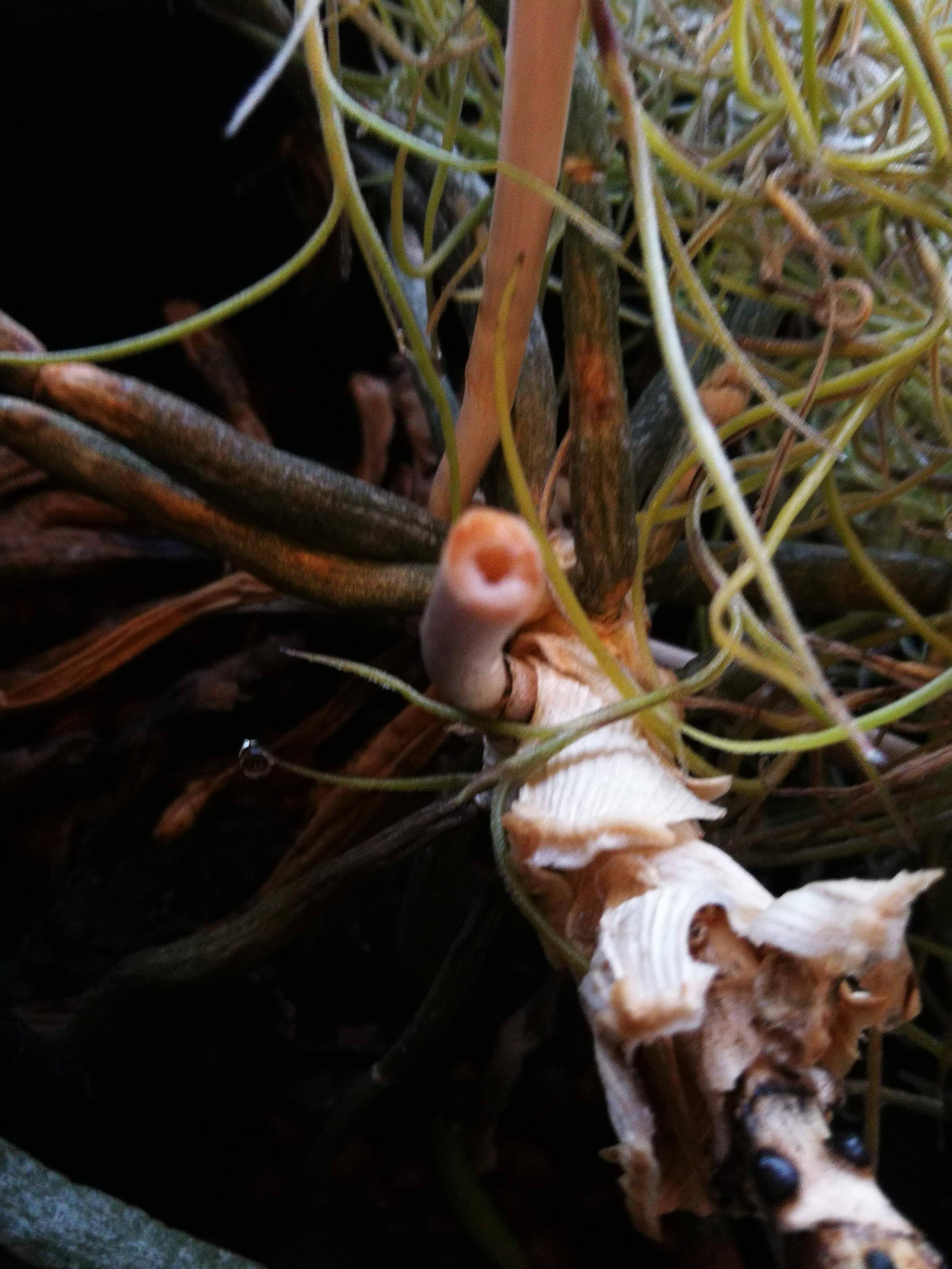 The other plant is Spanish moss I've got sitting on top so I can spray water on both at the same time.

I thought those black things were scale and this was an impossible to treat scale infection. But when I put some hydrogen peroxide on the black areas, nothing happened. I then scraped them and it's just dead stem or buds. So, I decided harder to try and rescue the plant. I setup a nursery inside a tall glass vase, and at the bottom I placed some live sphagnum moss. On top of that I placed the pitiful remains of my moth orchid, and then I put the Spanish moss on top of that to maximise the benefit of the humidor. For extra humidification I placed the vase inside an empty aquarium and put aquarium water into the vase to provide some nutrition. These are the results a month later. You can see a new leaf (keiki) appearing at 7 pm on the stem! The other roots closest to the sphagnum moss have turned dark green. 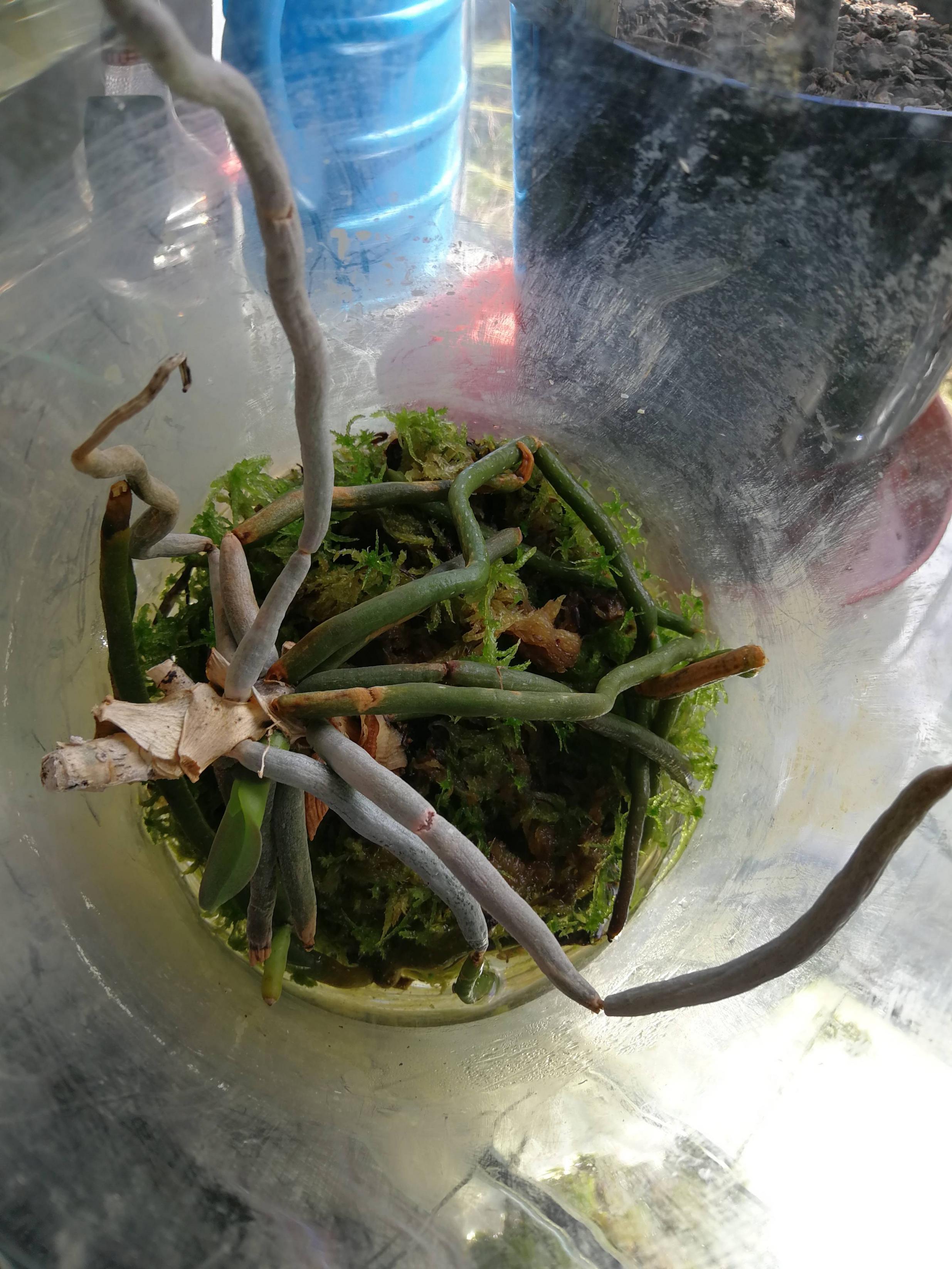 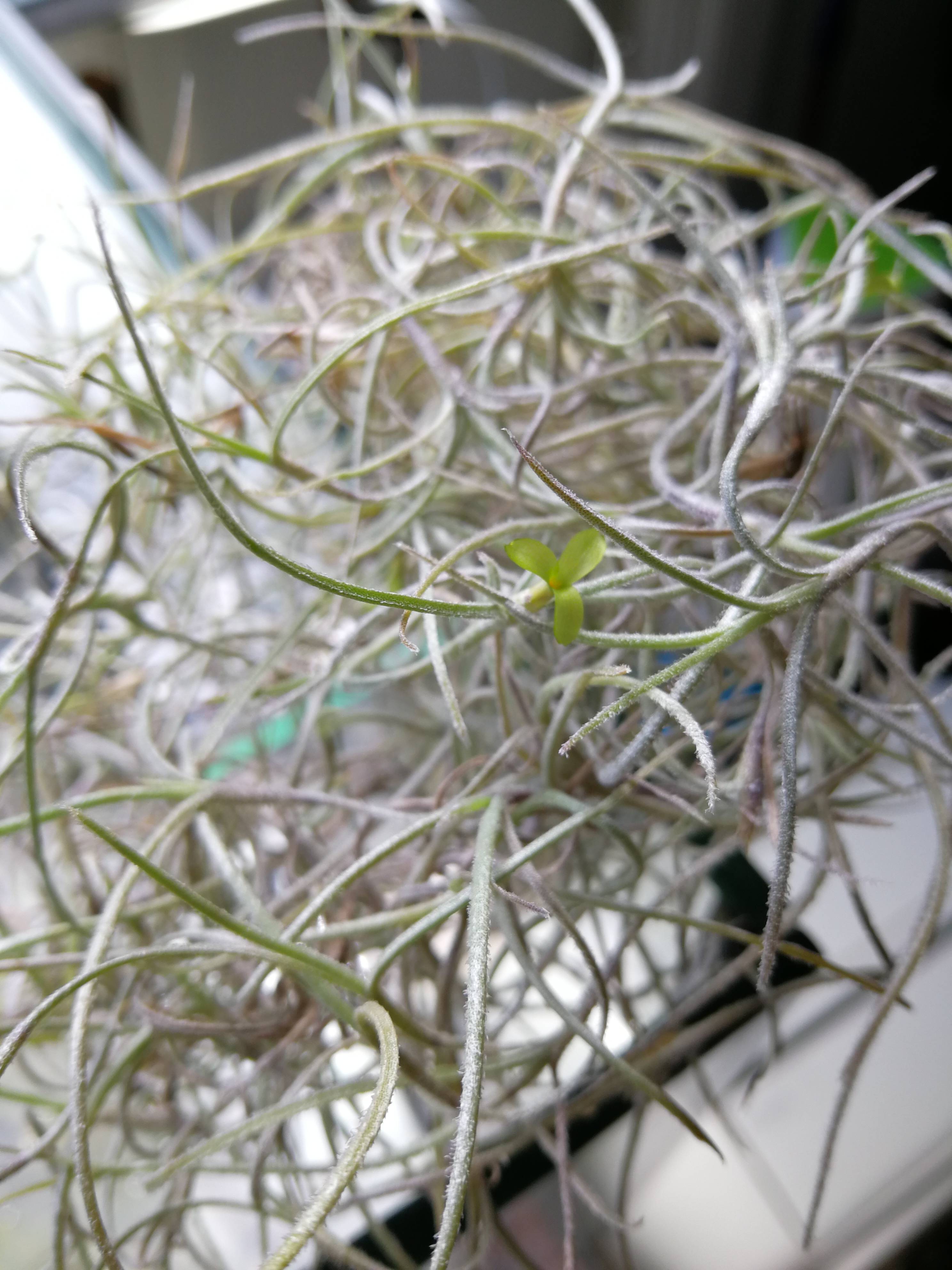 So, with more time I hope to have saved this moth orchid.

Not the answer you're looking for? Browse other questions tagged diagnosis plant-health orchids or ask your own question.

4
Does this orchid have a viable stem? If not, will it grow one if transplanted to a larger pot?
4
Help! My Song of India (Dracaena reflexa) plant is dying!
3
Is this pineapple dying?
4
Is my cactus dying?
0
Getting rid of mealybugs in geranium/citronella?
0
Cordyline has dropped many leaves. Remaining look curly and browning at tips
5
Is this tree dead or dying?