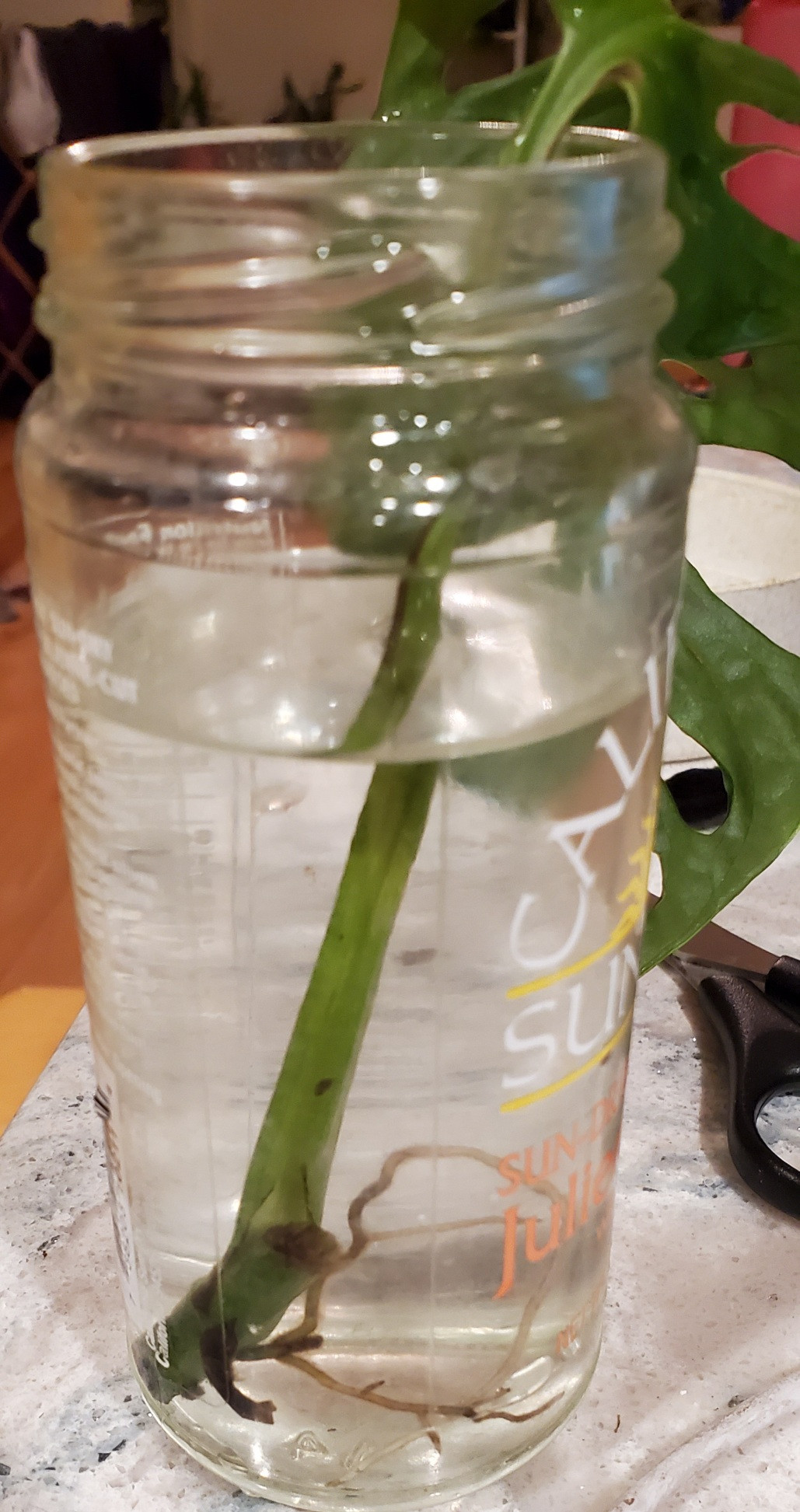 I've had 3 monstera aderisoni leaf cuttings from etsy since the end of August. They shipped from Florida. All are still alive but none have tried to grow a new leaf and all look a bit curled up. I'd love some advice. Below is a leaf i've had in water since October. I change the water every few days. It gets a bit of afternoon sun from a far every day. I have a bright home with lots of light in Colorado.

Here's another one in soil see how its curled up and has a bit of brown on it? 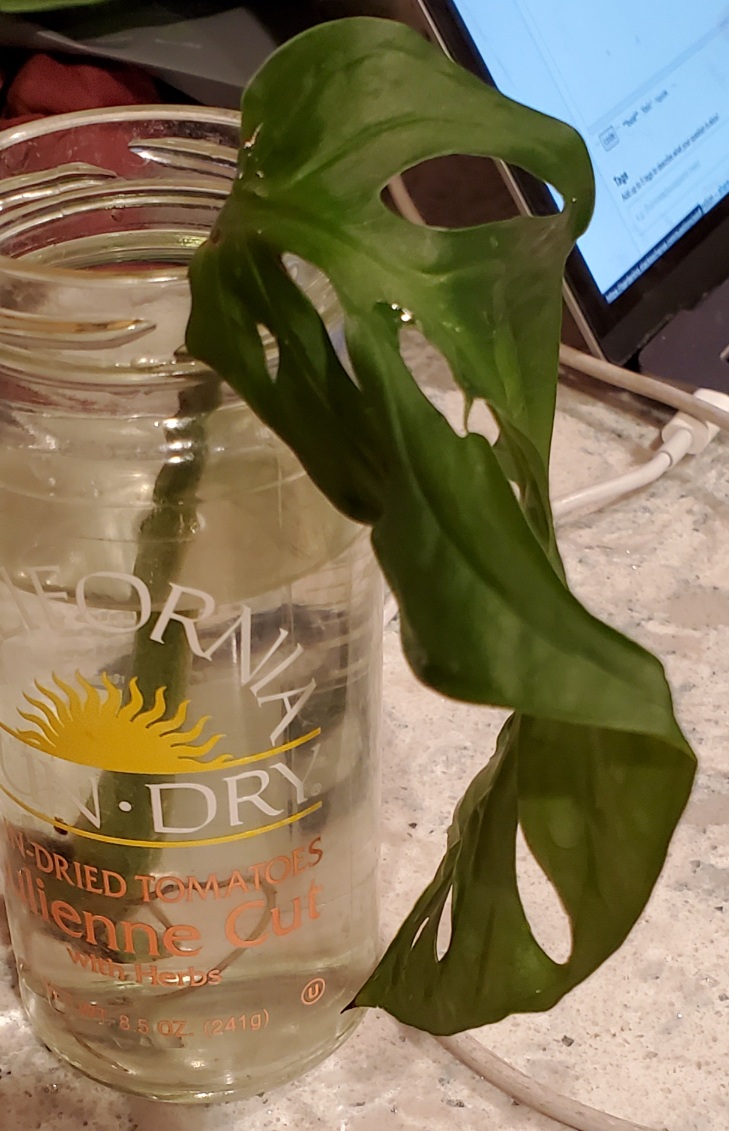 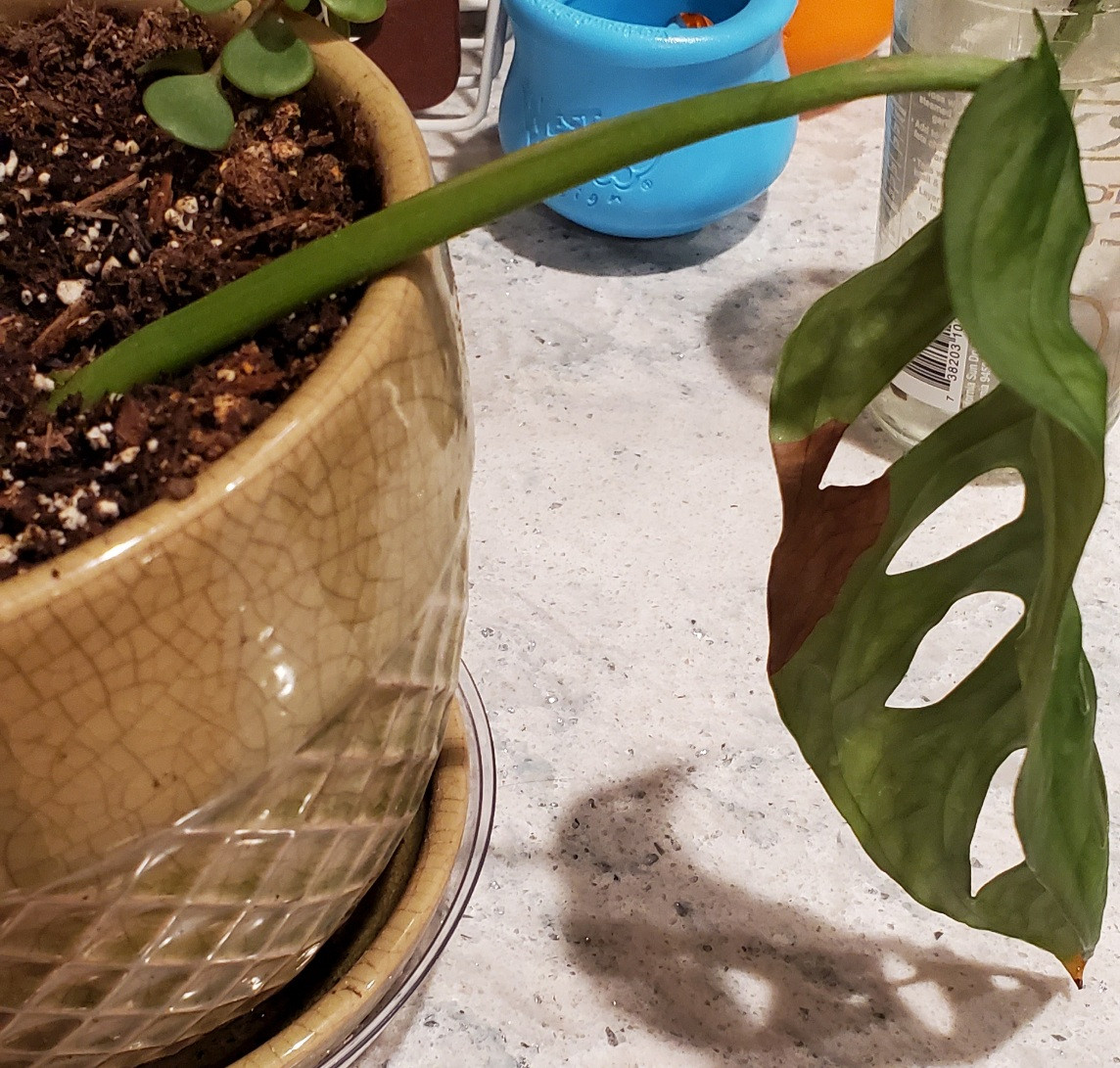 The last picture is the most bizarre. This leaf totally turned brown. It was in soil. I pulled it out of the pot (same pot pictured above) to throw it away and saw roots and a tiny bit of green at the base of the stem so being a scientist a plant experiment ensued. In a jar I can see roots. And it is growing a new leaf - and quickly! But again after 3 months i'd expect more than a single leaf on the three cuttings. 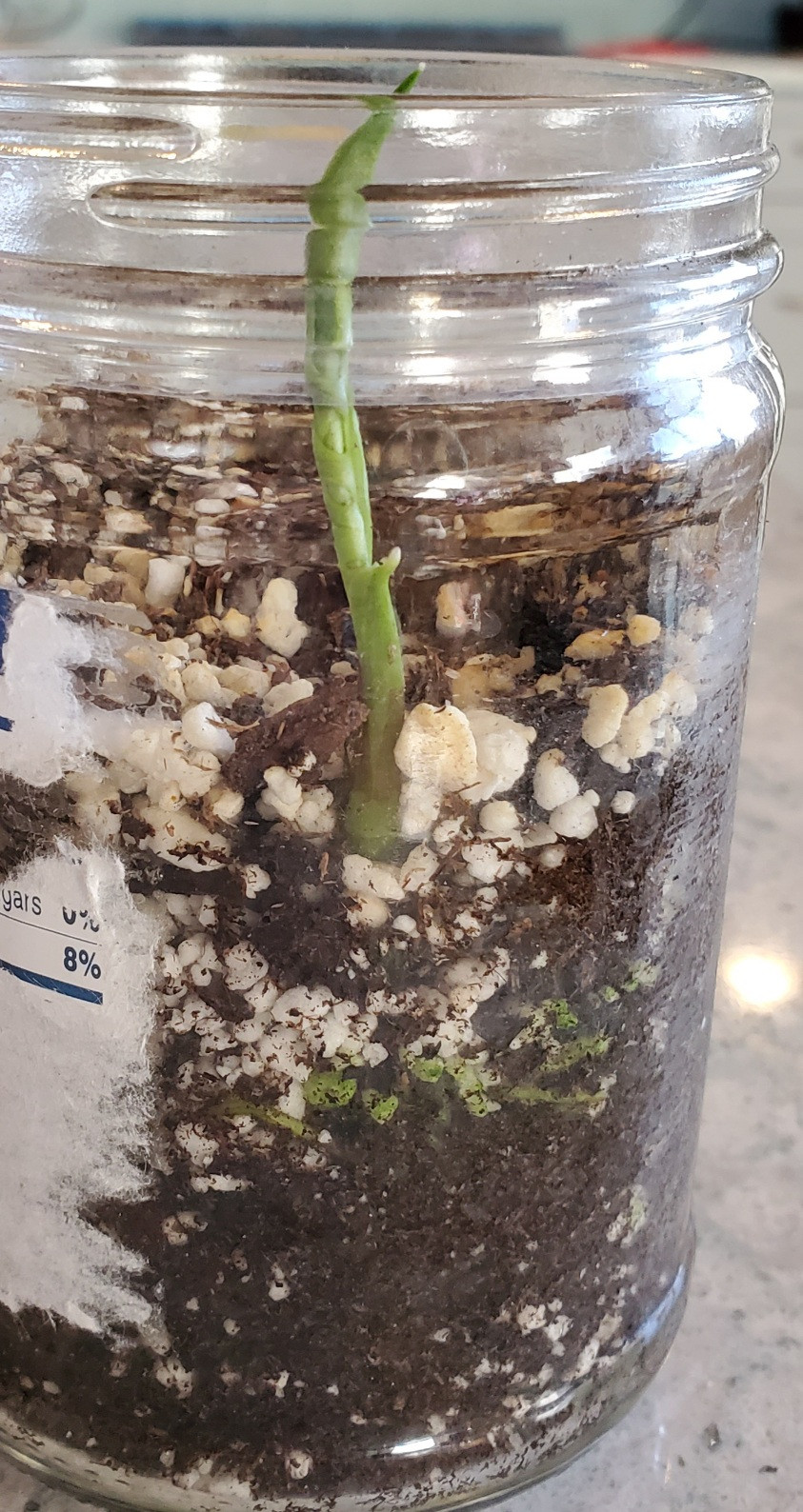 When I got all three cuttings in the mail I put them in water immediately. When they started to grow roots I moved them to soil in the pot pictured in this post.

When I moved them to soil they started to get curled up and I got nervous id lose all three so one went back into water in October (pictured above) so I could watch it grow roots. In late October the one leaf (of two in the soil) totally turned brown. Maybe over over watered? it looked dead. That is the one that i moved into the glass jar that is now sprouting a new leaf.

Any thoughts on what I may be doing wrong with these beautiful cuttings?

UPDATE: i'm going to try boiled (and cooled) de-chlorinated water as suggested below and more hours of brighter light! i'll report back on what i find.

Not the answer you're looking for? Browse other questions tagged houseplants propagation cuttings water monstera or ask your own question.

6
When and how should I transfer propagated cuttings into individual pots?
6
How and how often to water ZZ plant leaf cuttings
5
Cuttings growing leaves underground
3
In general can hardwood cuttings be stored, and how?
5
Rubber plant propagation, move to soil
3
Monstera (Swiss cheese plant) brown patches on leaves
1
Black area on monstera leaf after week on holiday
2
Propagating crassula leafs and cuttings in Lechuza PON soil
2
How long can a monstera grow in water?
1
Rooting Monstera cuttings are yellowing