I have a snow blower I'm trying to get started for the season. 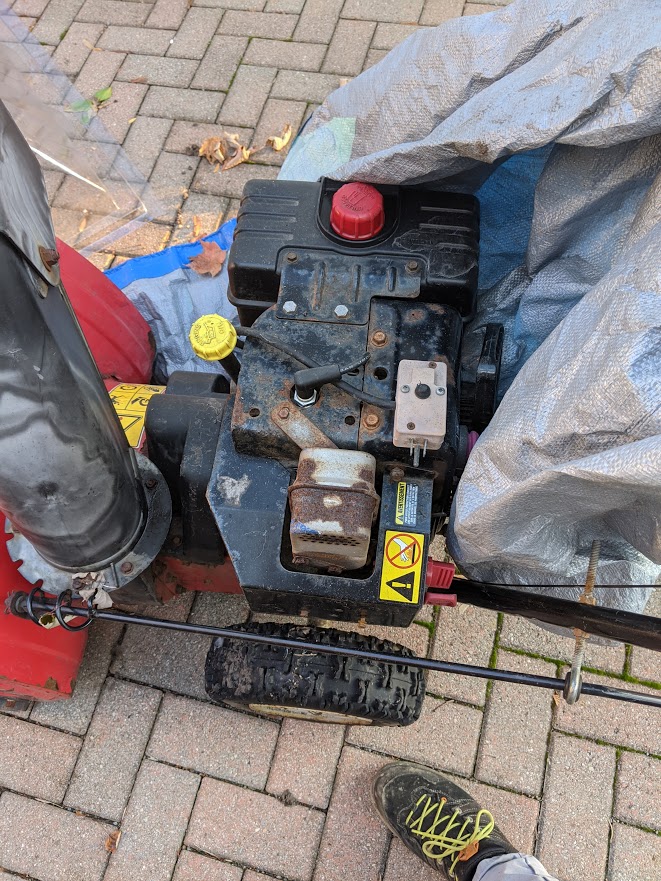 I've done a little work on it but I'm at a point where I would need advice on how to continue.

I was going to change the oil in the engine and I found a source that recommended that I run the blower for 5 minutes before changing the oil.

Now I started starting it but no luck. I checked and cleaned the sparkplug and determined that it was not the issue. I could get combustion when I manually primed the chamber where the sparkplug screws in.

Assuming that the carburator might have an issue, I took off the side panel and found something that I'm pretty sure is the problem. There is a rubber tubing that has broken off due to weathering. Could someone help me identify what part of the carburator this is for, and could I just clean both ends and reconnect it, or should I change the whole line? 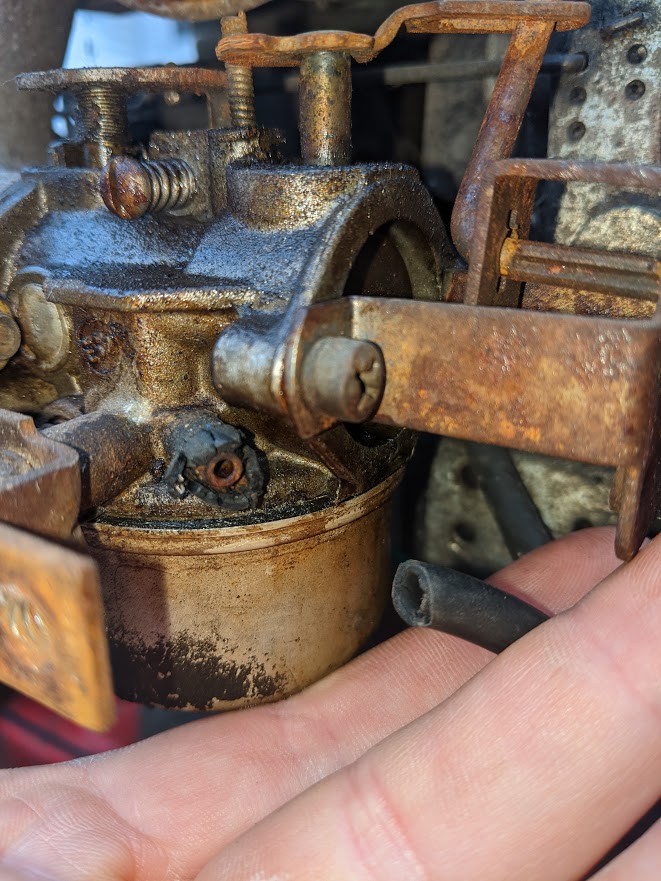 Now I'm not 100% that this is the only issue. The primer button is very stiff to press and I don't see any gas leaking out of any of the tubes. I think that there might be a blockage somewhere up the line. How would I go about to find the blockage if there is one?

Lastly, on the opposite side of the blower I found a loose wire that seems to have been disconnected but I can't find what it should be connected to? What should this wire be connected to? 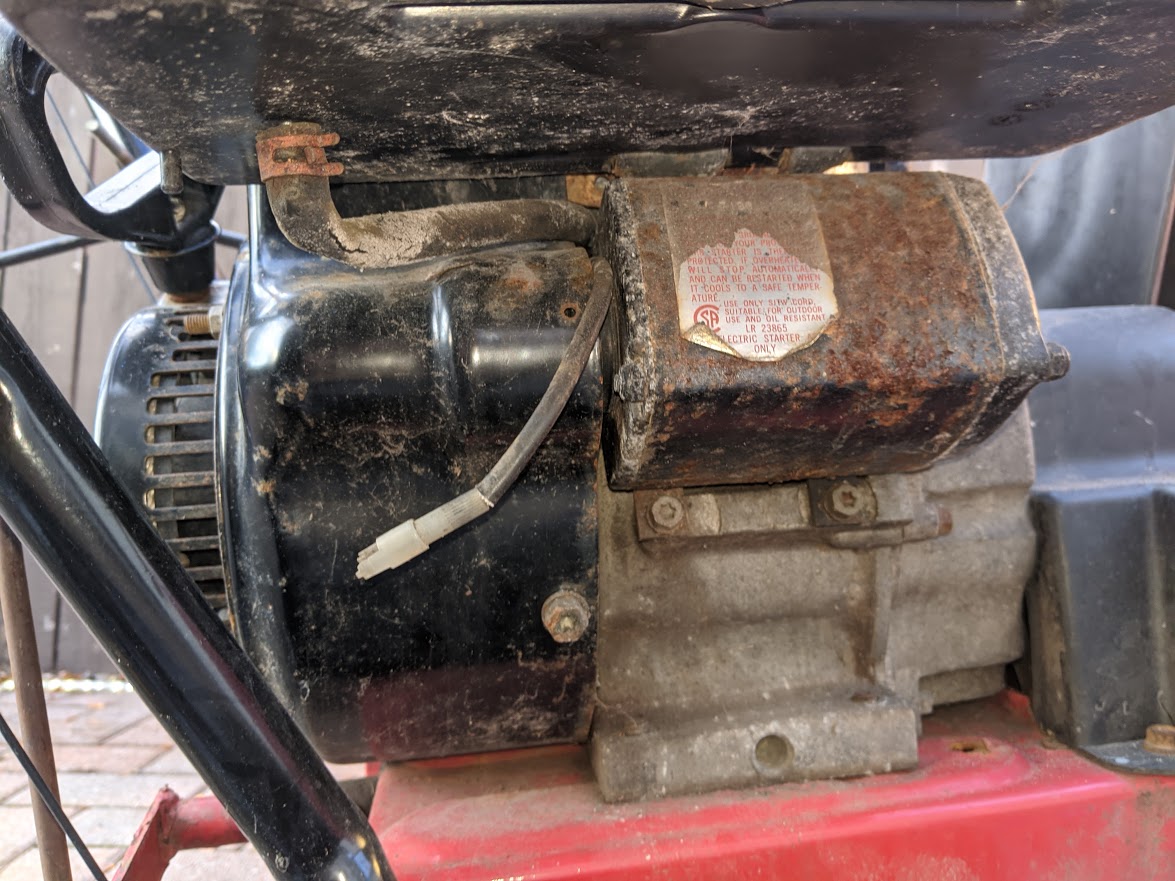 Any other maintenance you would recommend checking/doing before I can stamp this blower ready for the season?

I've been away for two years and people last year (without maintenance) weren't able to get it to start. I'm trying to get it working again because my wrists won't take another winter of snow shoveling.

If you need me to get more info or more pictures please let me know.

The hose to the primer was clogged and I was able to flush it out and reconnect it. Now the stiffness is gone but now I hear air coming out of the carburator when I press it and no gas. I assumed that there was a clog in the carburator and I decided to try to take it off.

Sadly I was unable to take the whole carburator off the engine (Both screws with a lug were fused on) so I at least took off the bowl and I found a green slushi in the bowl. 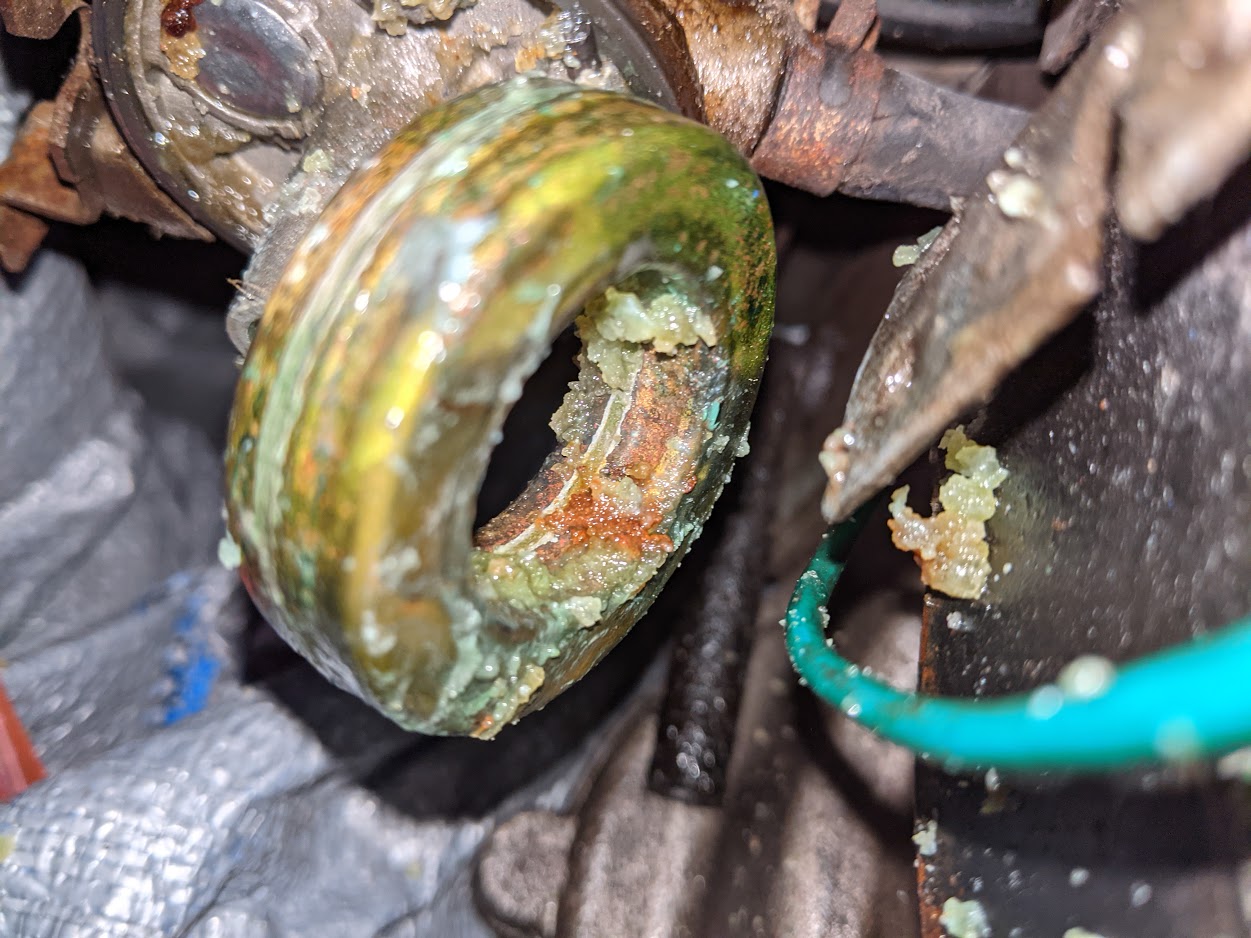 The picture you see above is after I was able to clear a large part of the slush off. You can still see some of the slush on the right side next to the wire or on the floater ring.

Before putting the bowl back on I took another picture 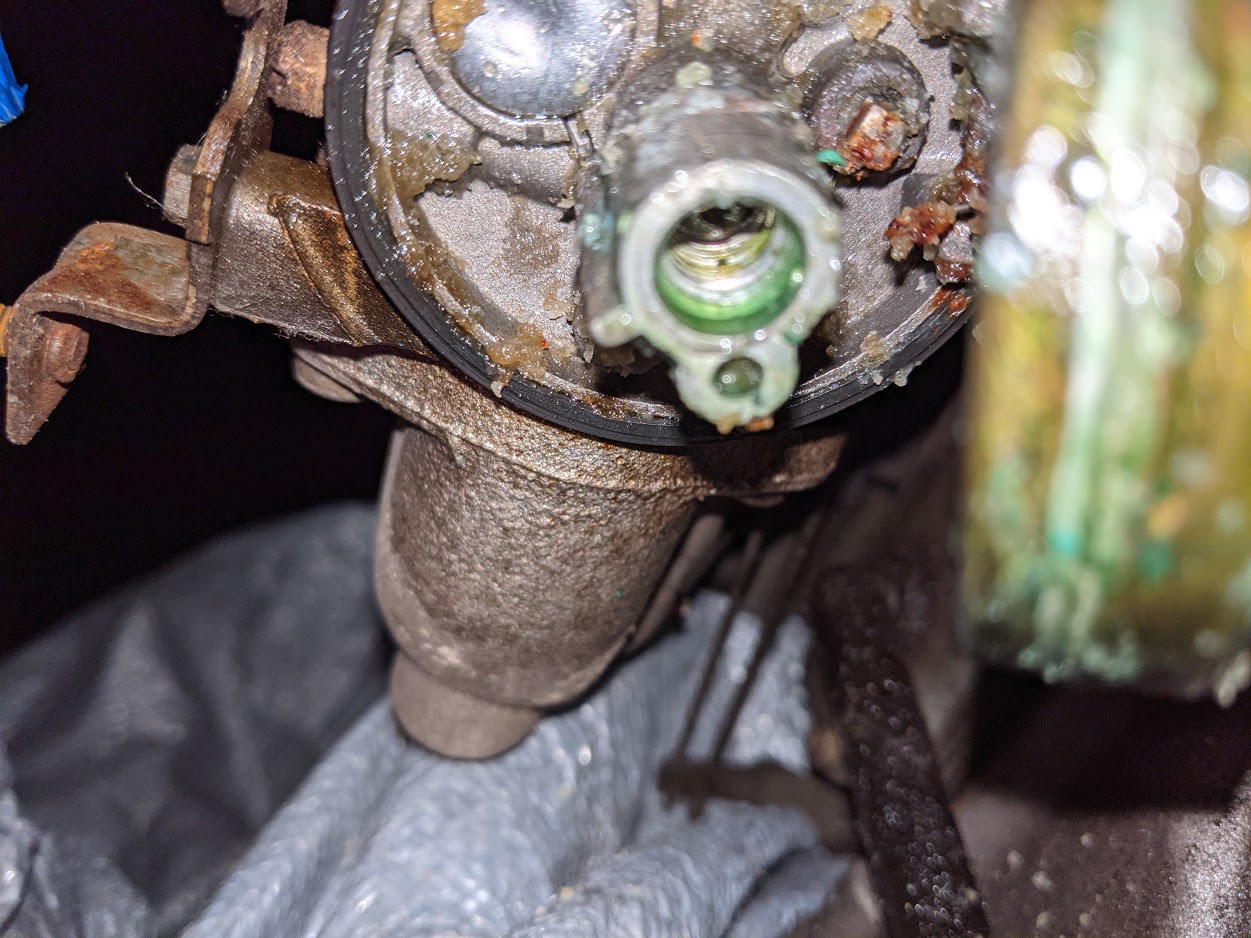 and sadly the air sound is still coming from the carburator with no gas filling it.

What makes you think it is 2 cycle ? I would just cut the end of the hose for a test run. As a minimum remove the carb float bowl and clean it out ( the big round thing just below where the hose broke off ). Generally ,2 cycles do not have floats ; the one I have handy does not have a float bowl. Very encouraging that you could get a pop by putting gas into the plug hole . So , I would not mess with the ignition . I may save you the next step ; you are not going to want to buy a rebuilt or new carb. They are outrageously expensive as the service guy told me. Manufacturers want to sell engines ,not carbs.

The rubber tube is for the gas/benzine. Replace all tube (and possibly other rubber tubes). You may find tubes in plastic (e.g. transparent), for gas: they have a longer lifetime.

But your carburator is probably dirt (and possibly also some other gas filters). Rubber tubes at end-of-life can cause such problems, and also the rust.

And there is much rust. You should clean with water after winter, to remove the salt. So there may be some other part which is rust and block. Try to oil different parts, and try to move them. Check also the gas cable: the end on the engine is moving on the two side as expected, or it is lose or too tight?

You may find the manufacturer of the engine (not of the snow blower), and look online for manuals. You will see the different screw and what they do. Usually one (I would say the top one), could be unscrewed a little, until you see gas/petrol (first check that gas enter to carburator), then screw (but not too much). This will be one screw to control the power (air/gas ratio).

5
What could be wrong with this leaf blower?
2
Lawnmower cord won't pull
2
Two stroke engine throttle not working
2
Two-stroke engine not starting
3
Toro lawnmower won't start
5
Soaker hose - repair or replace
5
What is this part between the fuel line and primer bulb on my lawn mower?
2
Approaches to repair bark damage in a pear and persimmon tree