What is this orange-flowering bush, with oddly-shaped leaves?

My partner found this beautiful flowering plant while walking around a nearby neighbourhood (East coast of Australia, South of Sydney): 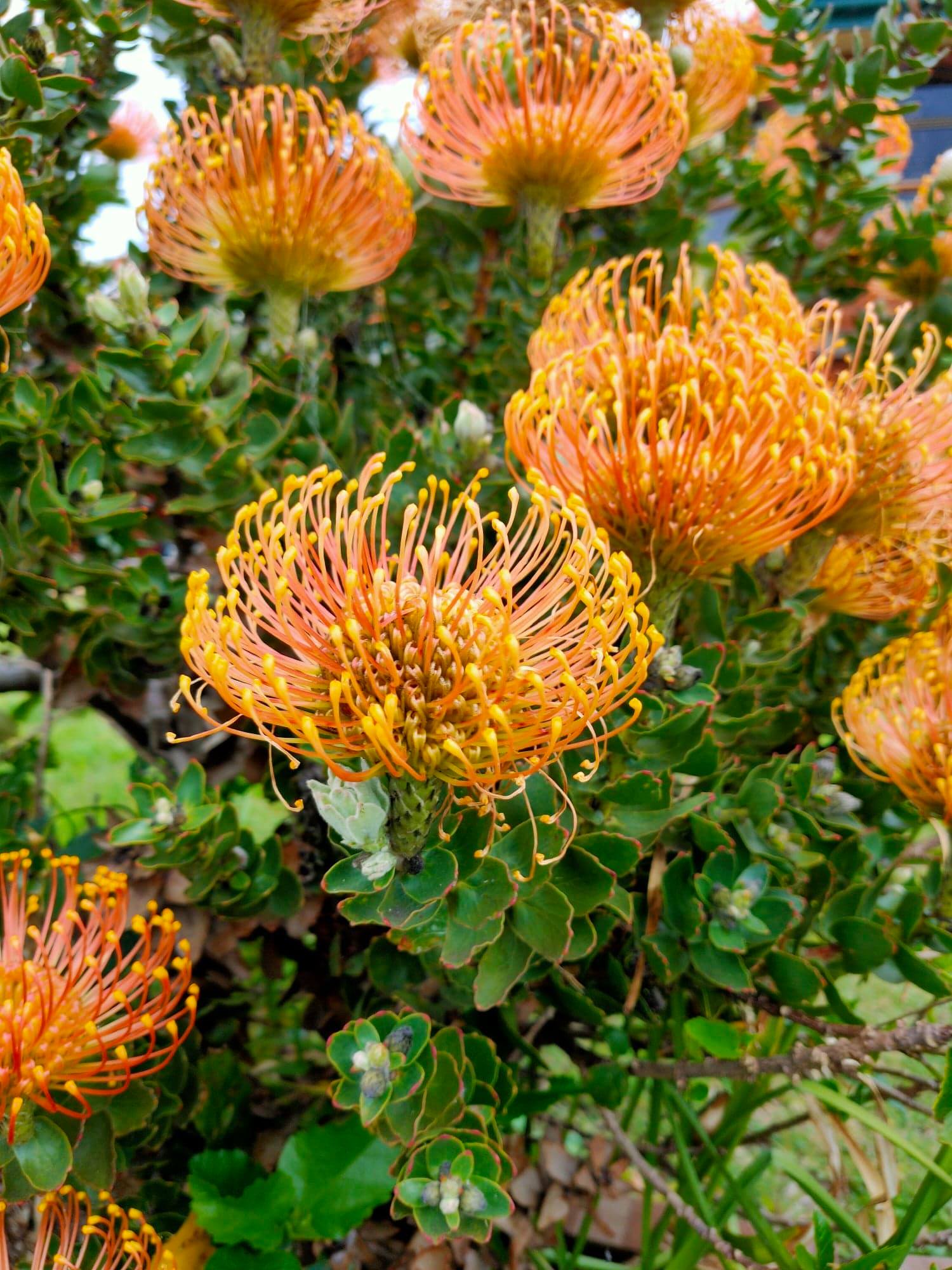 She said it had long thin branches, and was less than a metre off the ground, but believed it to be quite young/new.

I originally thought it might be a species of Banksia or Bottlebrush, but the leaves are unlike any I've seen for those species.

What sort of plant is this? Is it a bush or tree? Is it an Australian native?

Leucospermum cordifolium is an upright, evergreen shrub of up to 1½ m (5 ft) high from the Proteaceae. The flower heads are globe-shape with a flattened top, 10–12 cm (3.9–4.7 in) in diameter, and are carried individually or with two or three together mostly at a right angle to its branch. The perianth is 3–3½ cm long, yellow, orange or crimson in color. From each flower emerges a 4½–6 cm (1.8–2.4 in) long style sticking out horizontally but curving upwards near the obliquely, shell-shaped, thicker pollen presenter. This gives each head the appearance of a pincushion. Its common name is ornamental pincushion in English and bobbejaanklou in Afrikaans. It flowers between the middle of July and the end of November. It naturally occurs near the south coast of the Western Cape province of South Africa. Varieties and hybrids of this species are used as cut flower and garden plant.
Leucospermum cordifolium - Wikipedia