I have a cherry tree that I've grown from seed indoors in a pot, and it's showing some significant browning on its leaves. It has lost a few leaves this way already, and I thought it was perhaps just a phase but it seems to be worsening.

I posted a similar question about this same cherry tree when it was younger -- I've had the same problem with it since then. You can find that thread here - Browning / Curling leaf on a Brook cherry sapling

I live in Southern California. I'm unfortunately renting and not in a position to plant this anywhere outdoors, yet. I've been told that it should ideally be outdoors, but it's not a real option yet, so I'm trying to do the best things I can do under these circumstances.

I water it with liquid seaweed about twice a week (As per the suggestion of https://gardening.stackexchange.com/users/28102/januts in the other thread!).

I have a plant light shining on it on a timer for 12 hours a day during the daytime.

I usually have a fan blowing in its direction to deter gnats and flies from getting into the soil, which has been a real problem with my houseplants in the past. Though, I'm considering giving the fan a break for now, because I'm concerned that it evaporates the water from the soil too quickly.

I repotted this about two months ago, as it had seemingly outgrown its small plastic pot - I could feel the roots pushing on the inside of the plastic pot. Note, the browning problem was already there before the repotting, so I don't think the repotting is a cause of the issue.

Any suggestions? Some things I'm considering are: 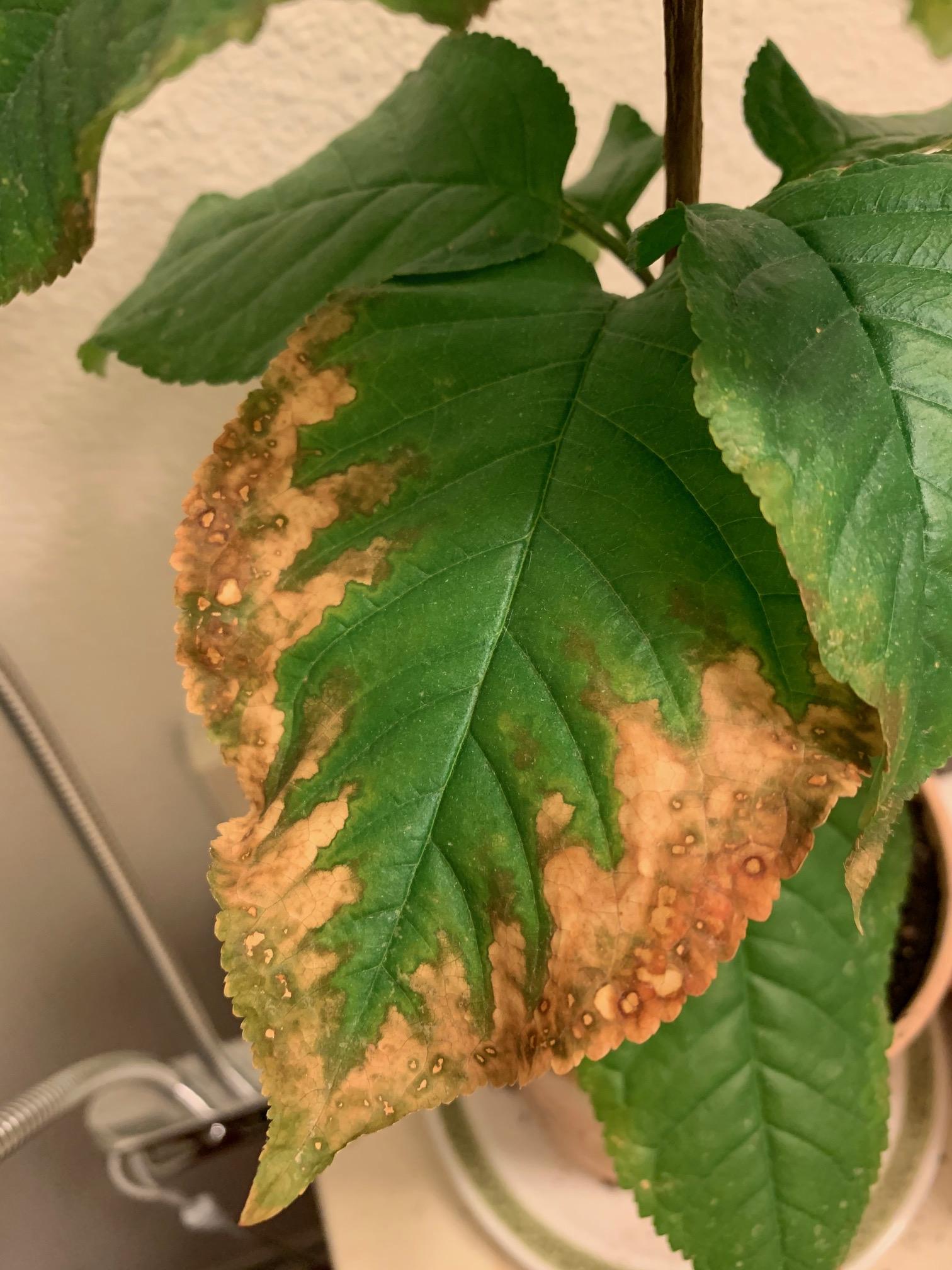 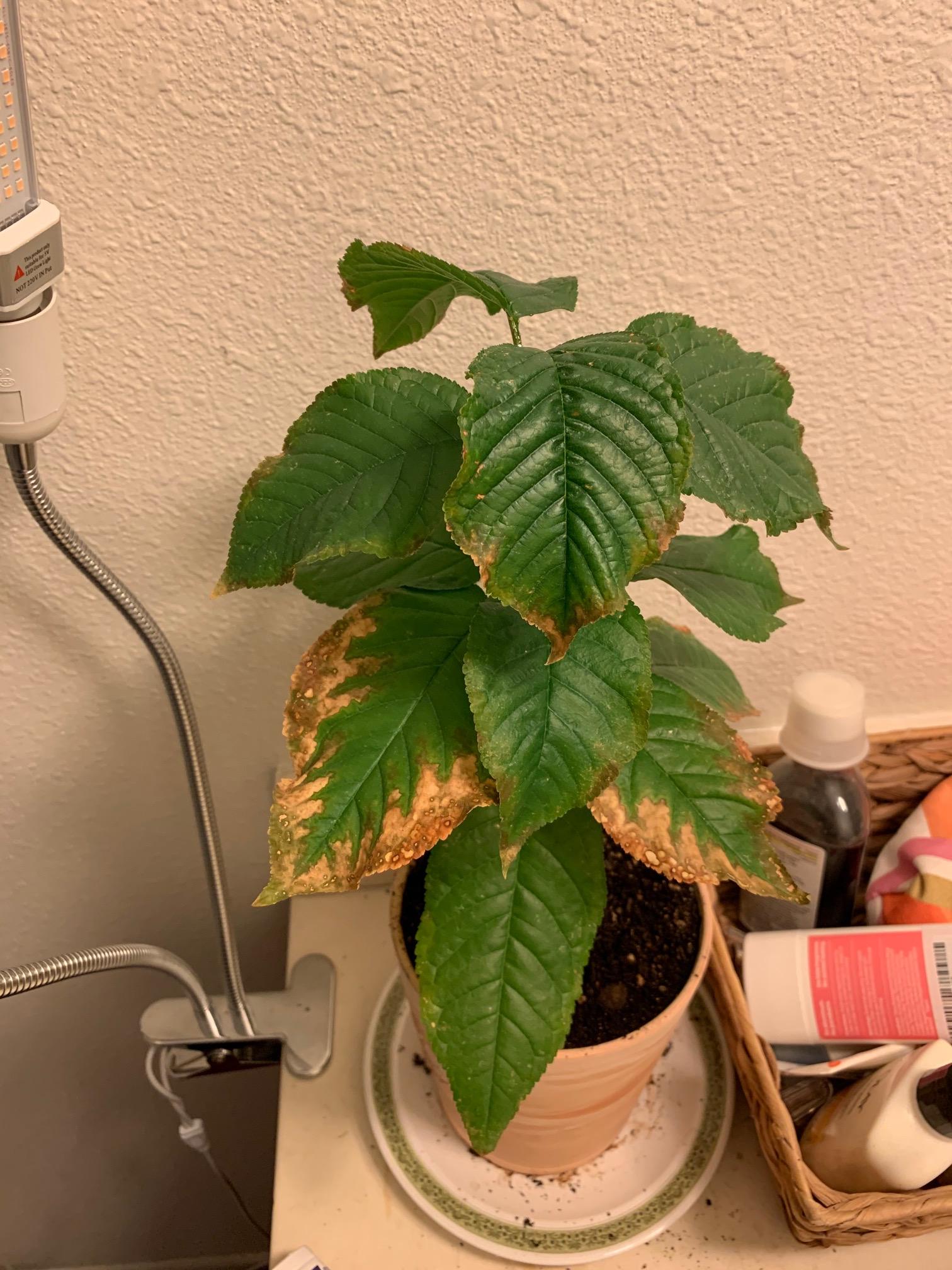 5
Leaves on my Cherry Blossom Tree are Wilting
5
Is a self-watering pot viable for indoor gardening in the long term?
3
What would cause pale patches and little brown spots on my Lemon Balm leaves?
1
Cherry tree with wilted and dried leaves
2
Browning / Curling leaf on a Brook cherry sapling
2
Cherry tree ends of branches dying
0
Cordyline has dropped many leaves. Remaining look curly and browning at tips
1
How much to water indoor snowdrops?