This tree has branches like citrus, but the leaves are soft like a chili plant; and developing fruit is red. 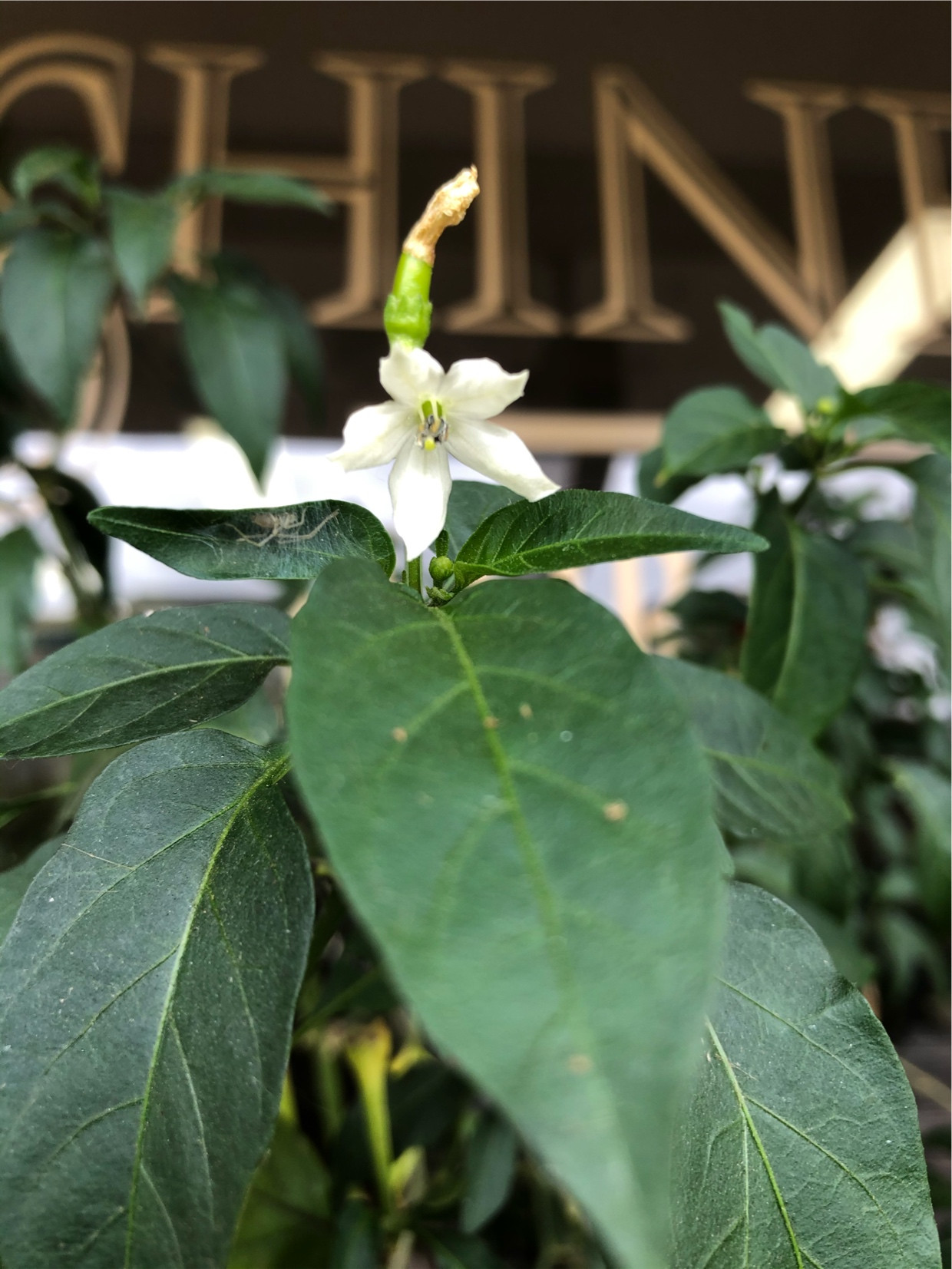 I think this is a hot pepper plant, one of the many ornamental cultivars of Capsicum frutescens. Although often grown as annuals, most cultivars of this species are short-lived perennials that can grow into a small shrub in frost-free climates. Capsicum frutescens cultivars are commonly used as ornamental plants. They're usually called "ornamental peppers." In addition to being pretty, they would be a good choice for a potted sidewalk plant because they like heat and sun, and tolerate drought.

Although you considered Tamarillo, notice that Tamarillo fruits grow in dangling clusters that hang down, whereas your plant has fruits that point up. Fruits that point up is a distinctive characteristic of Capsicum frutescens. Also notice the difference in fruit shapes, and the relative size of the stem compared to the fruit it supports.

(closeup of an image on this page) 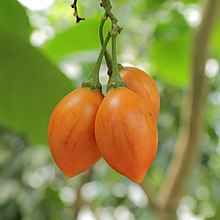 The flowers are pretty similar between Tamarillo and Capsicum species, so I wouldn't consider flowers a reliable way of distinguishing them (at least not without a much higher-resolution photo, and possibly some precise measurements of specific flower parts).

Not the answer you're looking for? Browse other questions tagged identification citrus or ask your own question.

7
What kind of tree is this?
1
Albino citrus seedling? and 1 year old grapefruit plant
2
What is this spiky red fruit bearing shrub and can I eat it?
4
Is this actually a cucumber plant?
1
Tall Citrus tree is more like a leggy bush
0
Citrus tree cutting preparation for propagation