I got my first indoor cat palm about 3 months ago. At first it seemed to be doing ok, but it started rapidly browning at the tips, and then entire leaves would yellow. There was another very helpful post on here where someone explained about spider mites, overwatering, and other factors! Since then, I did determine it had spider mites and have been checking regularly to make sure they do not return and treated it with need oil. I also rinsed it off in the shower before hand to shake it out. I also cut off dying leaves at the trunk as instructed.

I water it once a week, and lately I’ve been waiting until it gets dryer than that. It doesn’t get too much sunlight, so I’m thinking that could be part of it. I’ve also seen posts that say the soil and the water hardness could be a problem. I live in DC and Google says our water is “moderately hard” and I had used Miracle Gro Indoor Potting Mix. I thought it was improving because it’s been growing new stems, but I’m seeing that they are showing early signs of browning at the tip. Does anybody have any advice? I’ve included one photo where it usually is in the apartment, and other by the window for better light. 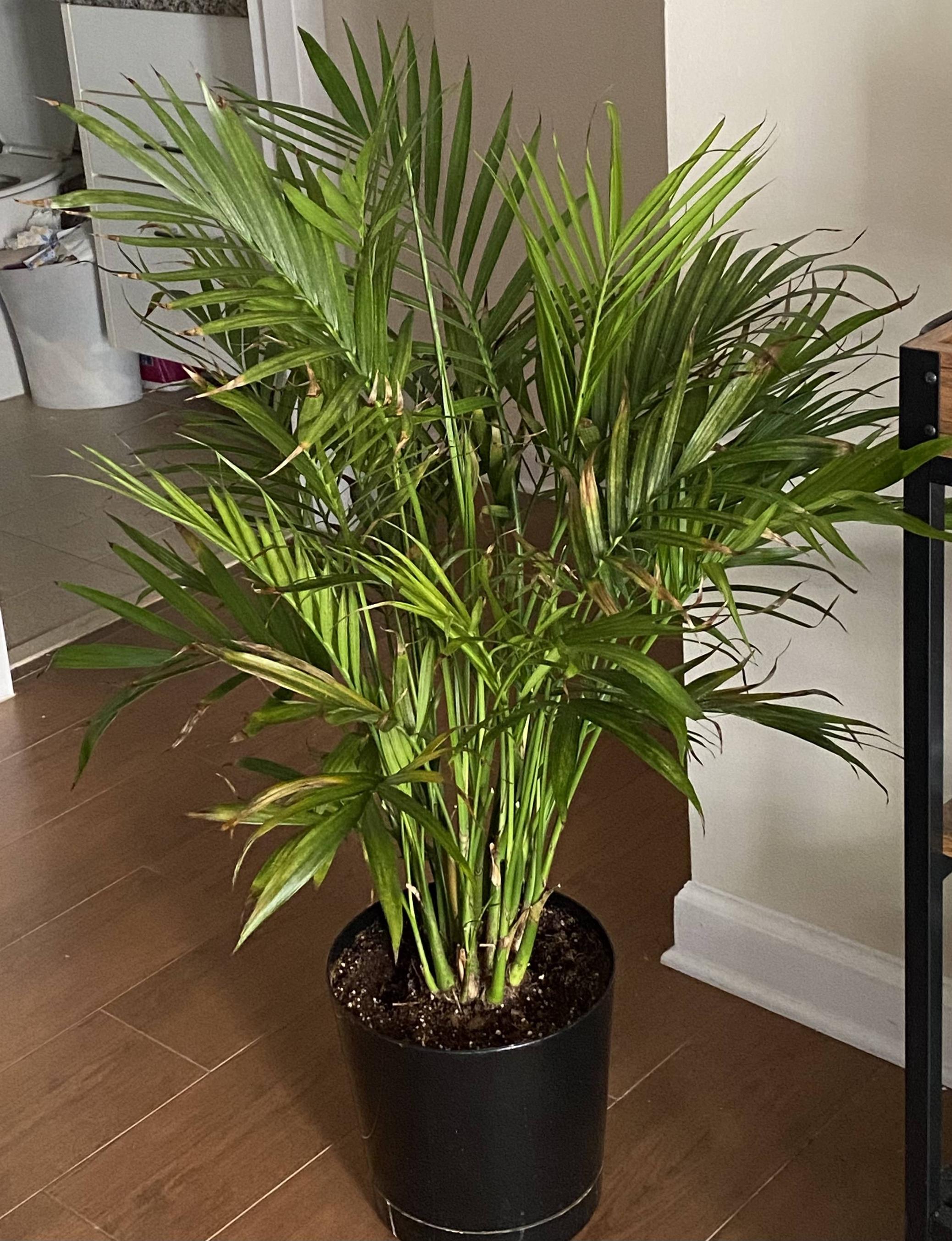 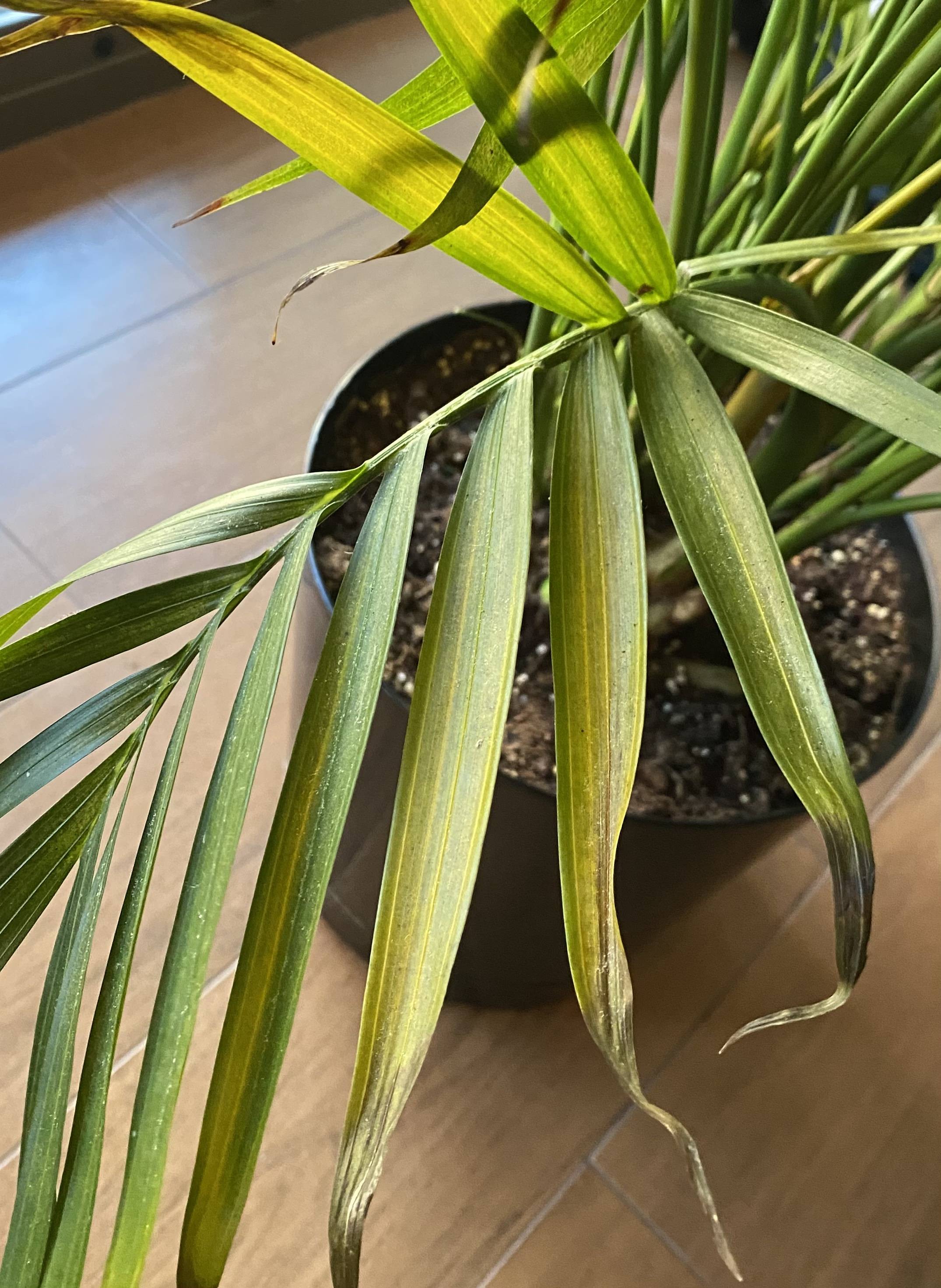 I find that shallow watering causes browning at the tips. When watering I put mine in the sink and water them heavily, or you can actually sit the pot in some water until the soil is soaked.

Many palms like humidity, spray your leaves with water. Also palms mostly live in sandy soils, well drained if you over water with no drainage you can flood kill them. They grow in forest understories so indirect sunlight and good humidity keeps them alive.

Not the answer you're looking for? Browse other questions tagged palm or ask your own question.

14
How do I identify and control spider mites