I've had a Fittonia (Nerve plant) for more than a year now, and it's been doing really great. I've repotted it once and until a month ago it was doing so well that I was considering dividing it.

Fittonias are quite communicative and tend to droop if you don't water them in a while (but recover in less than an hour once you do).

My Fittonia has been permanently drooping for the last month. I have been watering it sufficiently (to the point of being concerned about overwatering). I have been misting it for the past few days. There are no bugs on it that I can see. But it hasn't recovered.

It has been placed in a window that typically has a curtain drawn on it, so it gets diffuse light. I'm considering moving it to a different part of the apartment to see if the amount of sunlight is a problem (the redder inner leaves would indicate). But in the past this plant has been given non-diffuse sunlight for half the day and has done really well, and never drooped, so I'm skeptical this is actually the problem here.

The plant itself seems to be doing fine aside from the drooping. The leaves are firm and feel normal.

I live in California, which has been experiencing periodic heat waves as well as very bad air quality. The drooping did start around the same time, but air quality has been fine for a while (and this plant is in the same room as an air filter so the indoor air quality is great).

Any ideas as to what's wrong and how to fix it? 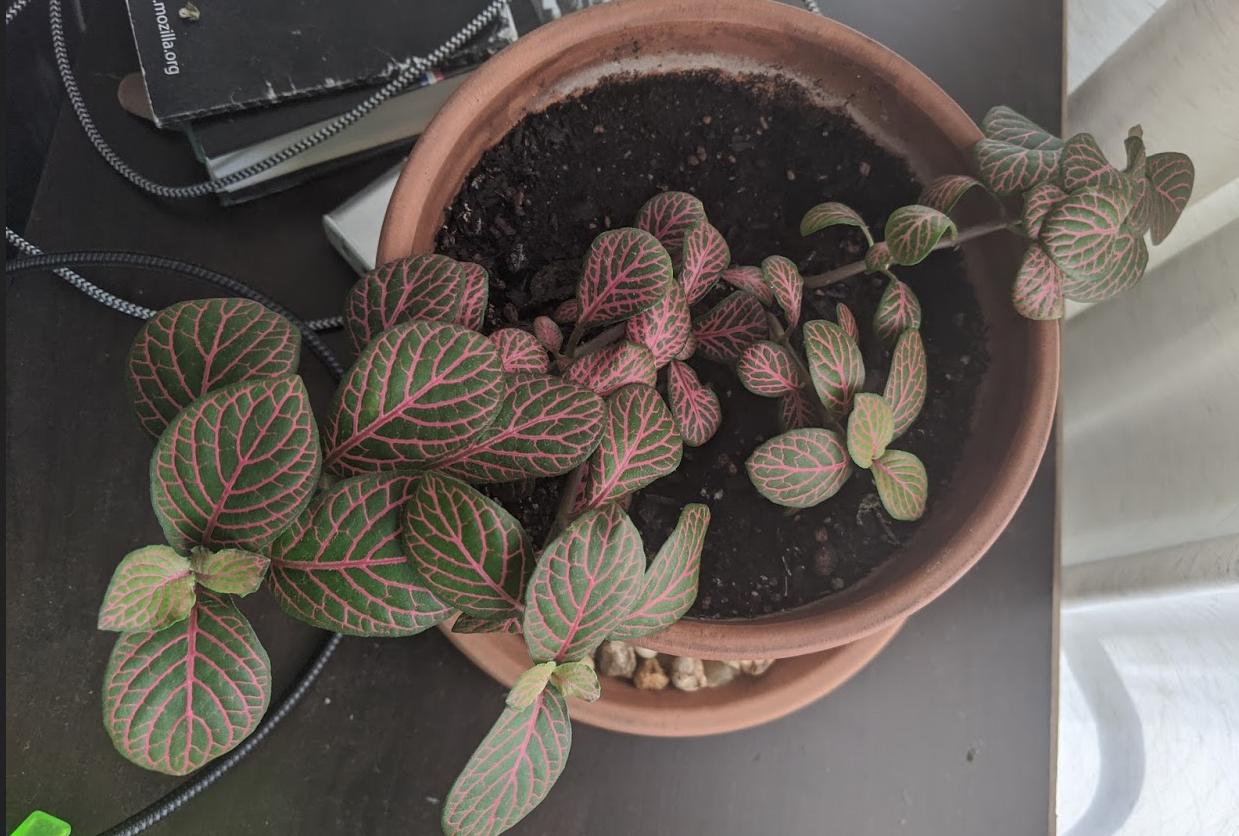 I would agree about the possibility of over-watering but I see you're using a clay pot which allows it to breathe and dry out more quickly. You also have pebbles on the bottom of the saucer so I assume you're adding humidity that way. I would stop spraying unless you see a positive response - a surprising number of plants don't like it because their leaves just stay a bit wet and it's getting moisture from the pebbles.

Have you fed it? Perhaps it needs a `1/2 recommended dose of food.

The other possibility - and I don't know for sure about this - if your air filter uses ionization this could disrupt the normal breathing cycle of the leaves. If this could be the case and the air is better now, turn it off or move the plant to another room and see if it makes a difference.