What are these orange spots on my Dracaena Fragrans?

Sorry for the long question, feel free to just go off of the pictures! 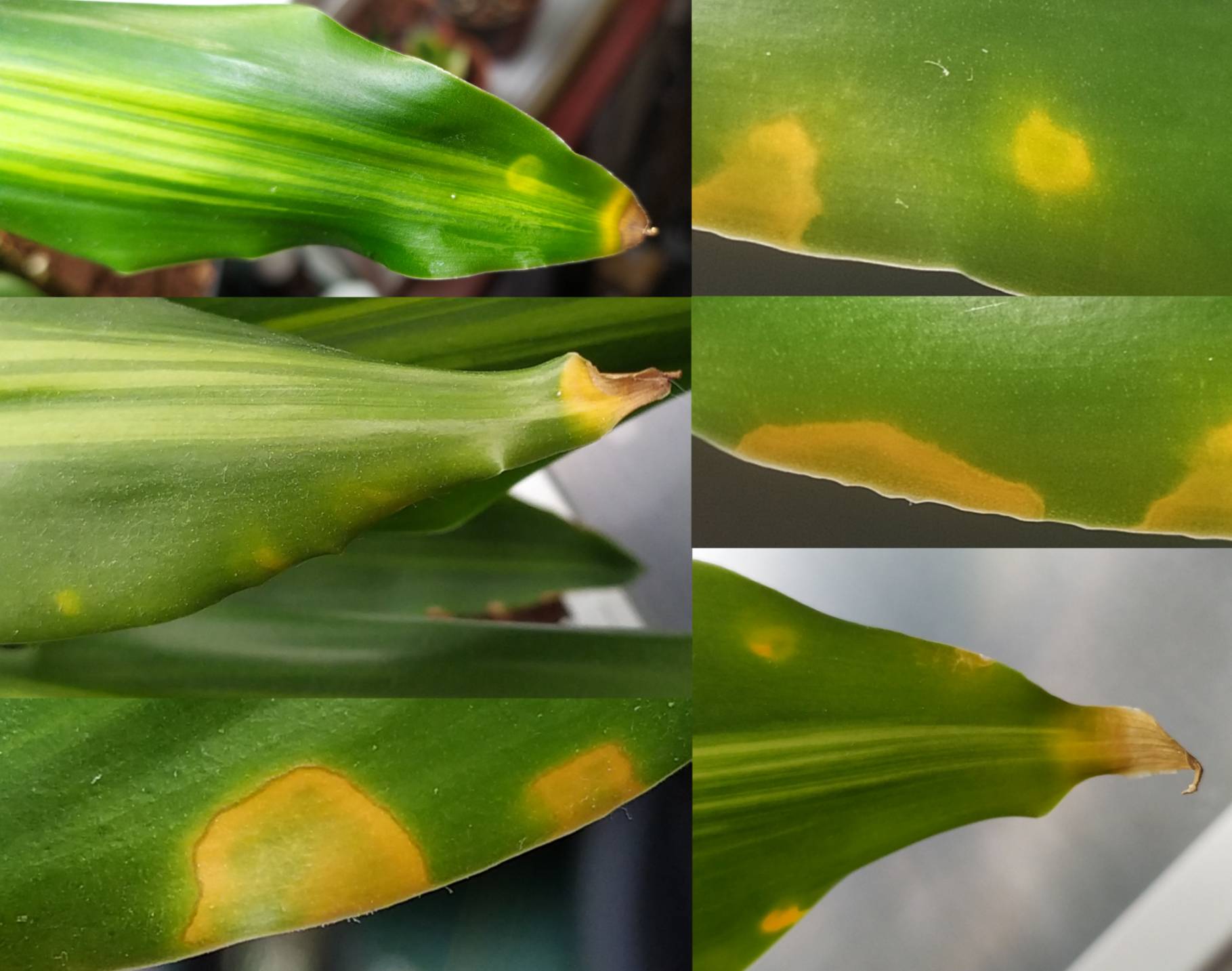 Background info.: I've had him for about 10 months. He gets bright indirect light in a SW window, watered with rain or de-mineralized water when the soil feels dry and the pot is lighter. He's pushing out lots of big beautiful new leaves, I repotted him in late June and his roots (healthy-looking) are already starting to come out the bottom of the new pot. The soil is coco coir with a generous helping of perlite and clay.

Miscellaneous info.: This is a very dry house (north of the Netherlands), he sits in front of a window so it can be drafty, IIRC this started during or right after a heat wave (~35°C/95°F) but I made sure he got no harsh sun.

Problem: Starting in late July, he's been getting these orange spots. They are very specifically only on the tips of the leaves, and so far only affecting his middle-growth (not the old or new leaves). The spots start off yellow, then become bright orange, with a translucent outline that is visible when holding the leaf up to the light. There are also a few "stippled" clusters of tiny translucent spots (no orange) on some leaves.

It's been almost 2 months, the spots haven't noticeably gotten bigger, but there are more affected leaves now. A couple of the old spots dried out and became papery and sheer white (maybe from attempts to treat). Meanwhile, the tips that were yellowing have dried and browned (still with a yellow outline), so maybe there are two problems going on at once. The white specks in the photos are dust, I haven't seen any pests. The brown margins on the bottom leaves are old fluoride burns.

Figured I should finally ask for an outside opinion! It hasn't spread to any of my other plants. I think the fact that it's only affecting the tips of the middle-growth has to have significance. Also, none of the spots have had a brown center yet (so maybe not fungus?). What do you reckon? Link to extra photos (including whole plant) 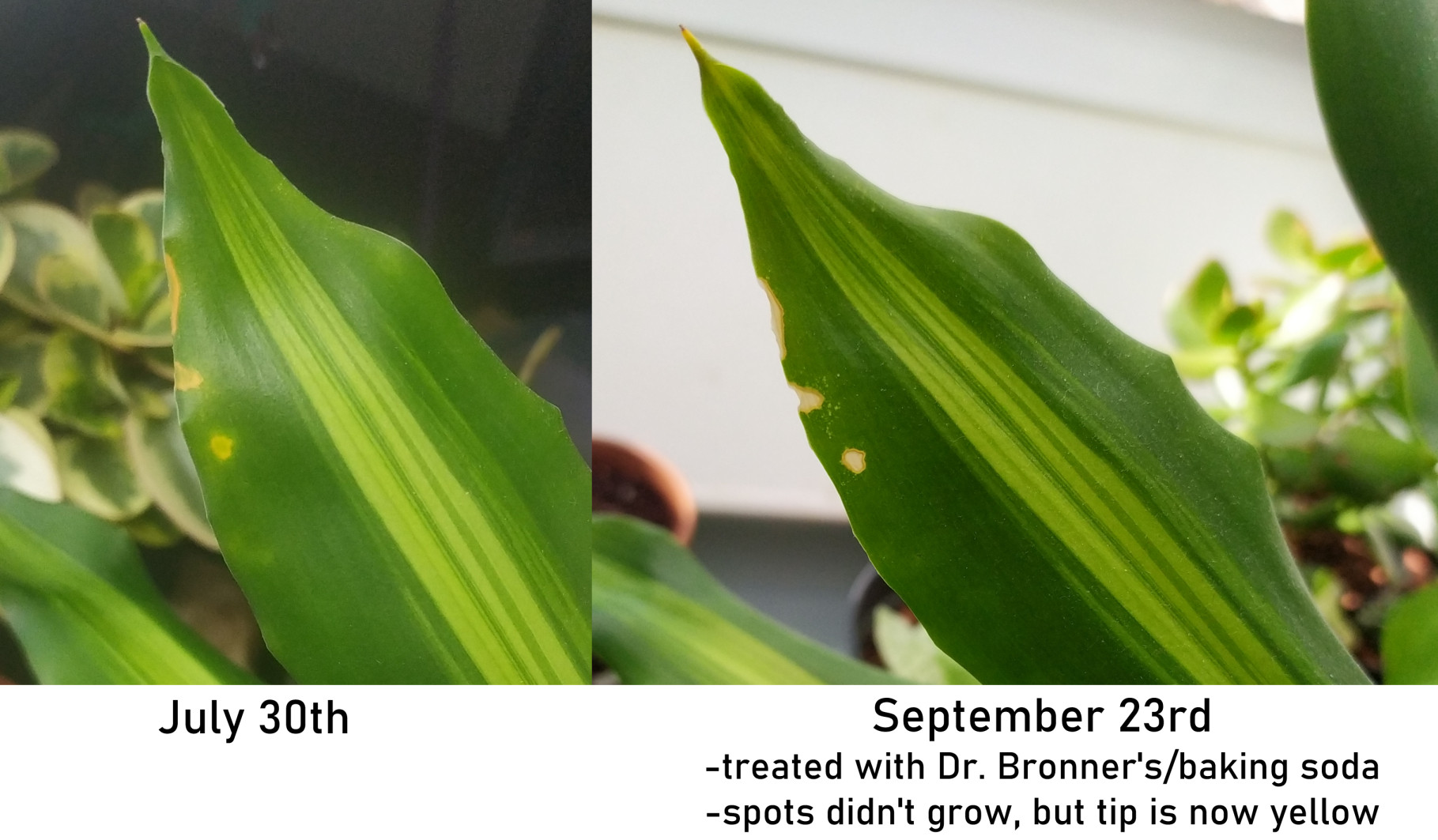 Browse other questions tagged houseplants diagnosis diseases dracaena or ask your own question.

8
What happened? - Chilli plants are developing spots on leaves and the edges are curling
4
Why does my Dracaena fragrans lose its leaves?
3
Why are my Dracaena Fragrans leaves browning from the base?
6
Can I propagate a healthy plant from one that has a White root rot disease?
5
Dracaena Massangeana: Leaf spots on new growth
1
Dracena Marginata leaves spots (orange and white)
2
Brownish yellow spots on monstera
4
What is damaging my tree Aloe?