Wisteria cutting healthy with plastic bag on; drying out when bag removed. What to do?

I am looking for a recommendation about what I should do with a Wisteria cutting I took about 2 months ago.

It has rotted down from the top of the cutting to the first leaf node,(please see picture attached) but from there plenty of new green branches have sprouted so I believe it has roots. I planted the cutting in multi purpose compost as I didn't have any special compost. It is in a plastic pot (cylindrical, diameter about 12cm, height about 15cm) with a sandwich bag over the top to keep a humid atmosphere. The new branches have started to reach the edge of the bag but they look very green as they touch the condensation on the edge. This leads me to believe I should take the bag off soon to allow it to grow better without being cramped in. However, I have tried this a few times and each time the leaves seemed to start drying out. I hastily returned the bag to covering the pot and the plant generally recovered, except for a few leaves with dried out edges. New growth has occurred since so I know I didn't kill it. This led me to believe leaving the bag on was right for this stage, but then I thought about the fact that maybe the plant should lose its leaves since it is nearly Autumn (see below) and also I wondered if by adding the bag I was stimulated leaf growth but by taking it off I was stimulating root growth. Of course I really want root growth but I am unable to see the roots. I wondered if maybe you had to sacrifice the leaves drying out a bit to get a good root growth? I don't know - this is just a speculation as this is my first cutting of any type.

Do you think I should take the bag off permanently and let the leaves dry out a bit, accepting that it is better to have a free to grow plant, or should I take the bag off and cut some leaves out, or should I leave the bag on for a bit? I don't know if I should expect the leaves to dry out as it is September here in the UK so it is nearly Autumn. Should young plants and cuttings lose their leaves in Winter? I don't know.

I have read somewhere that Wisteria (grown up ones rather than cuttings) grow well in direct sunlight and in a pot which has damp but not sodden soil, i.e. decent drainage. (maybe this is pretty generic for most plants!) At the moment the cutting is inside in a conservatory but right by the window ledge. The garden is North facing so it gets sunlight around half of the day.

I have also heard about the possibility of overwatering leading to root rot and I was wondering if that might be a possible factor in causing the leaves to dry out. Do you think this is a possibility?

An auxiliary question to (or a re-phrasal of) my original question is what should be the next step after taking a cutting and having it take root. I have seen lots of videos online telling me how to make the cutting but I am not sure what to do after that. Should I plant it into a new pot and let it grow for a bit before going straight into the ground? I am not sure.

Thank you very much in advance for your help and don't hesitate to mention if I have done something wrong for this site - it is my first post - or if you need more information. Regards, Hamish. 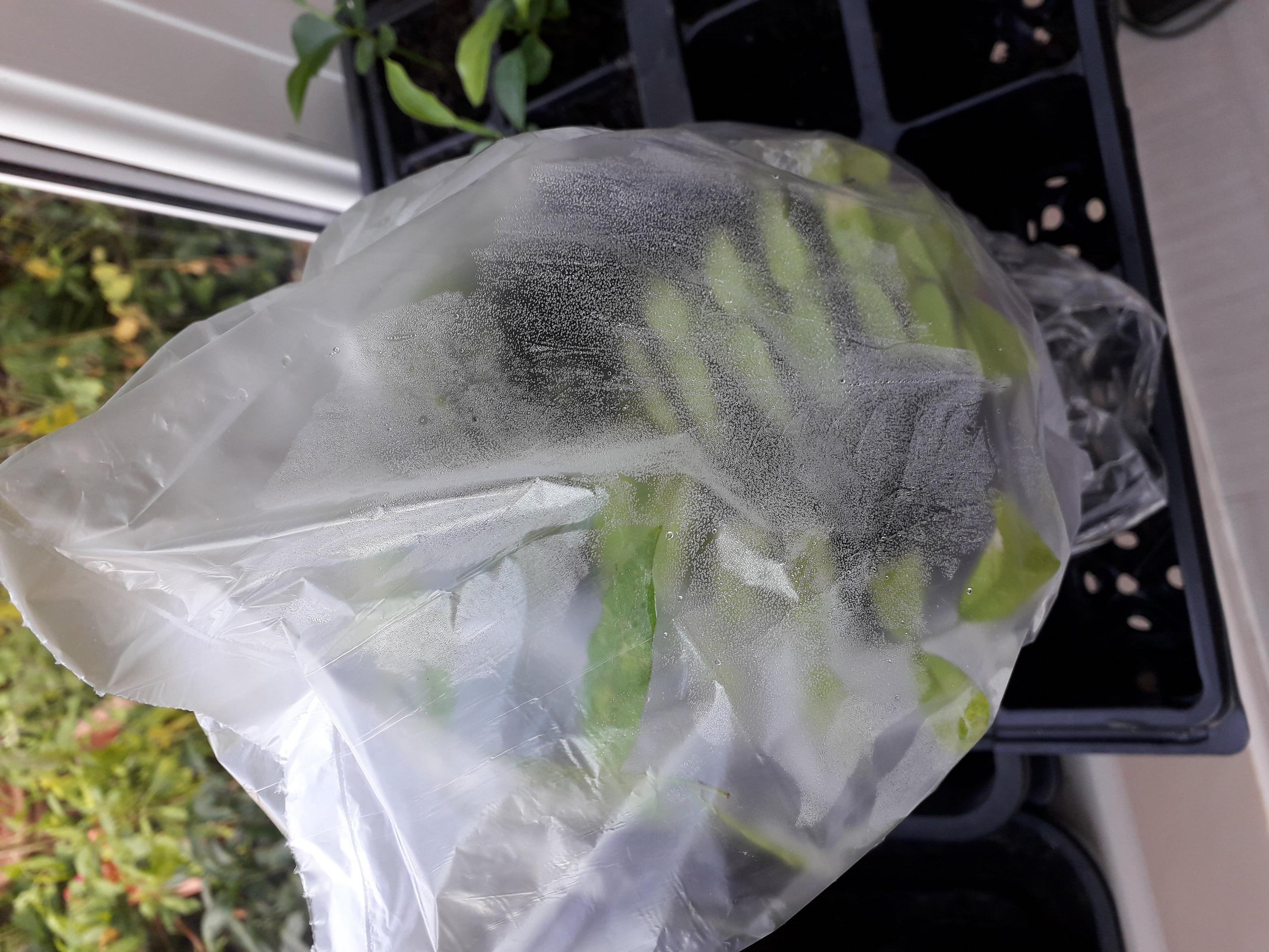 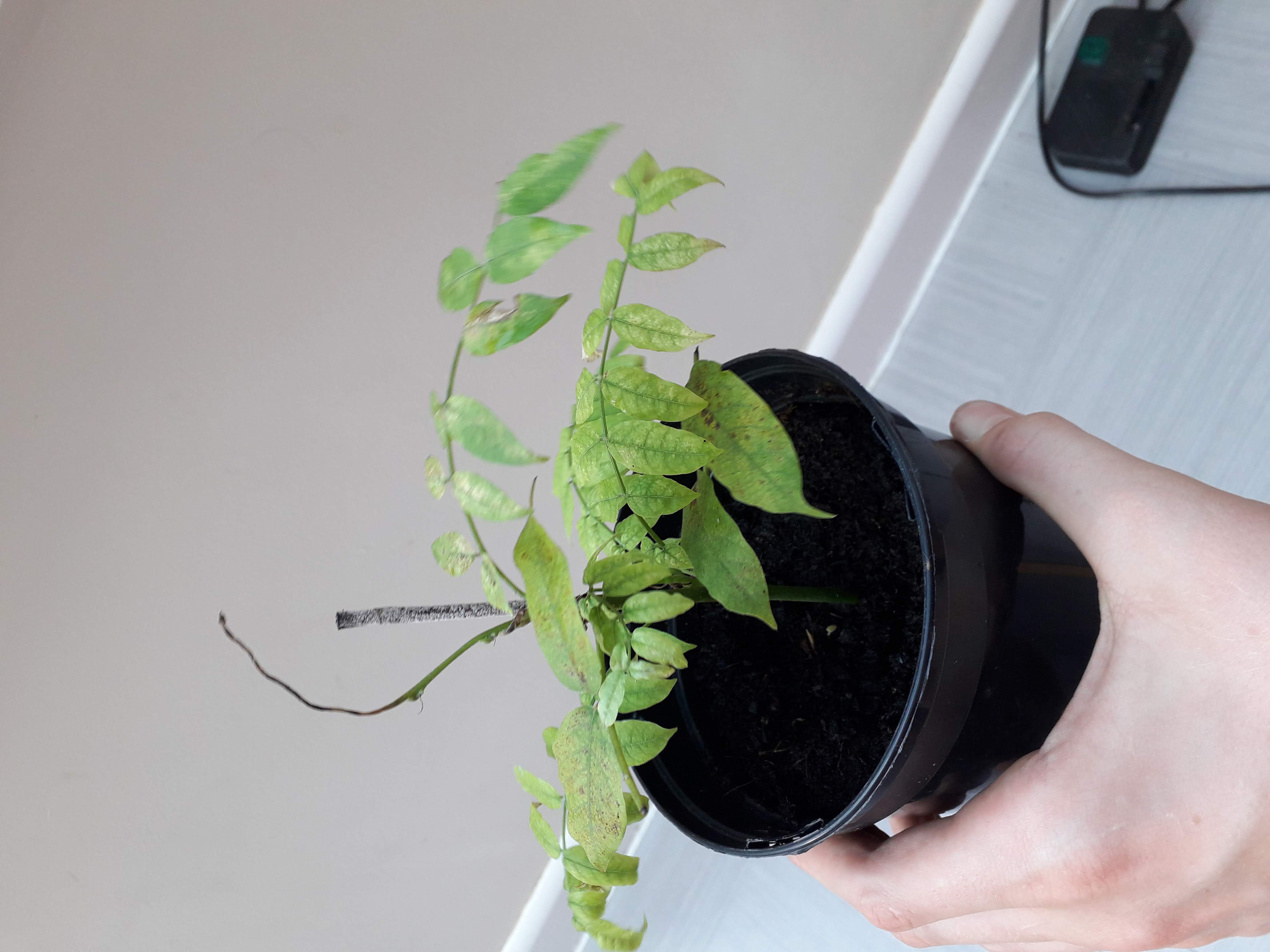 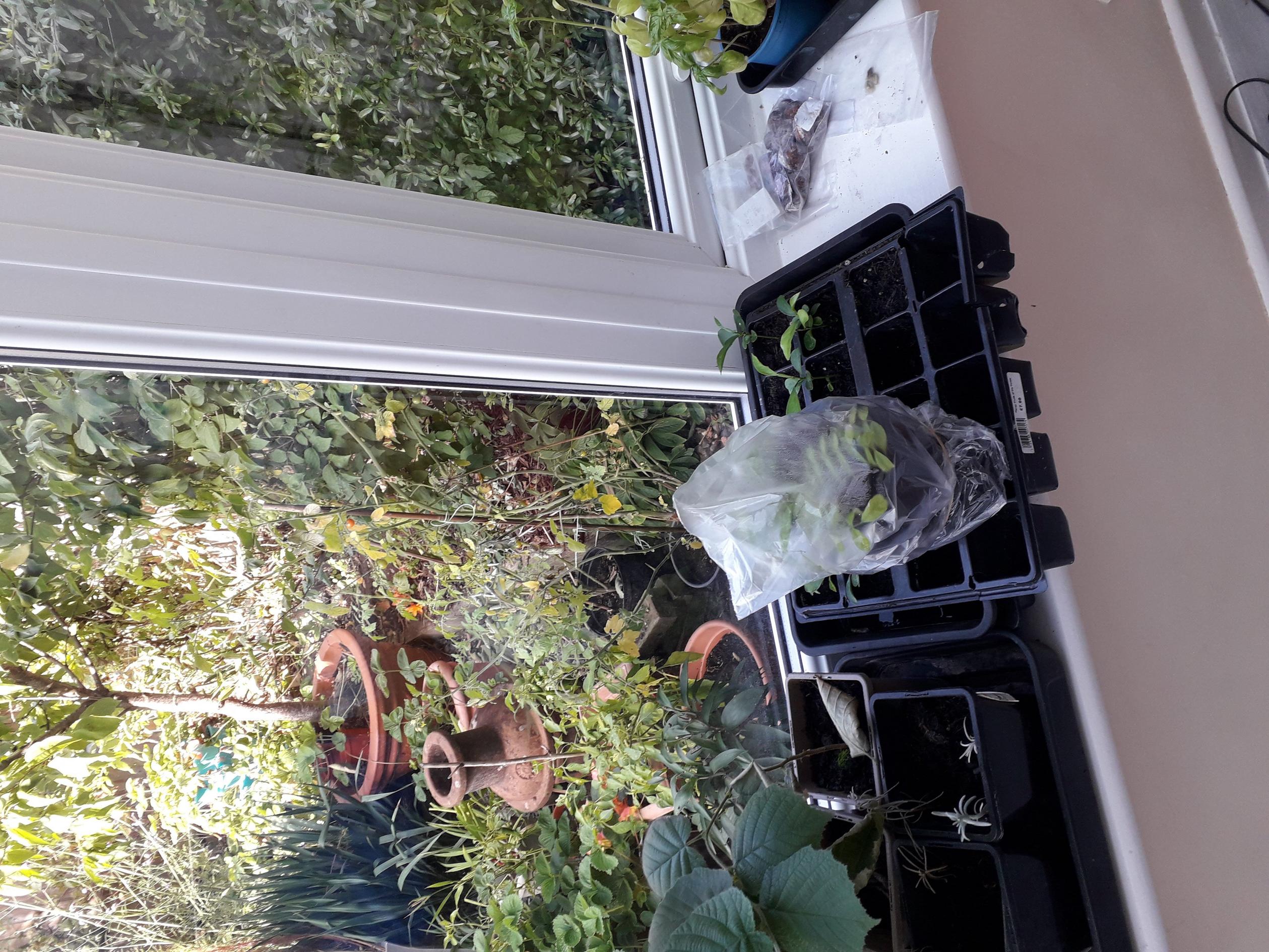 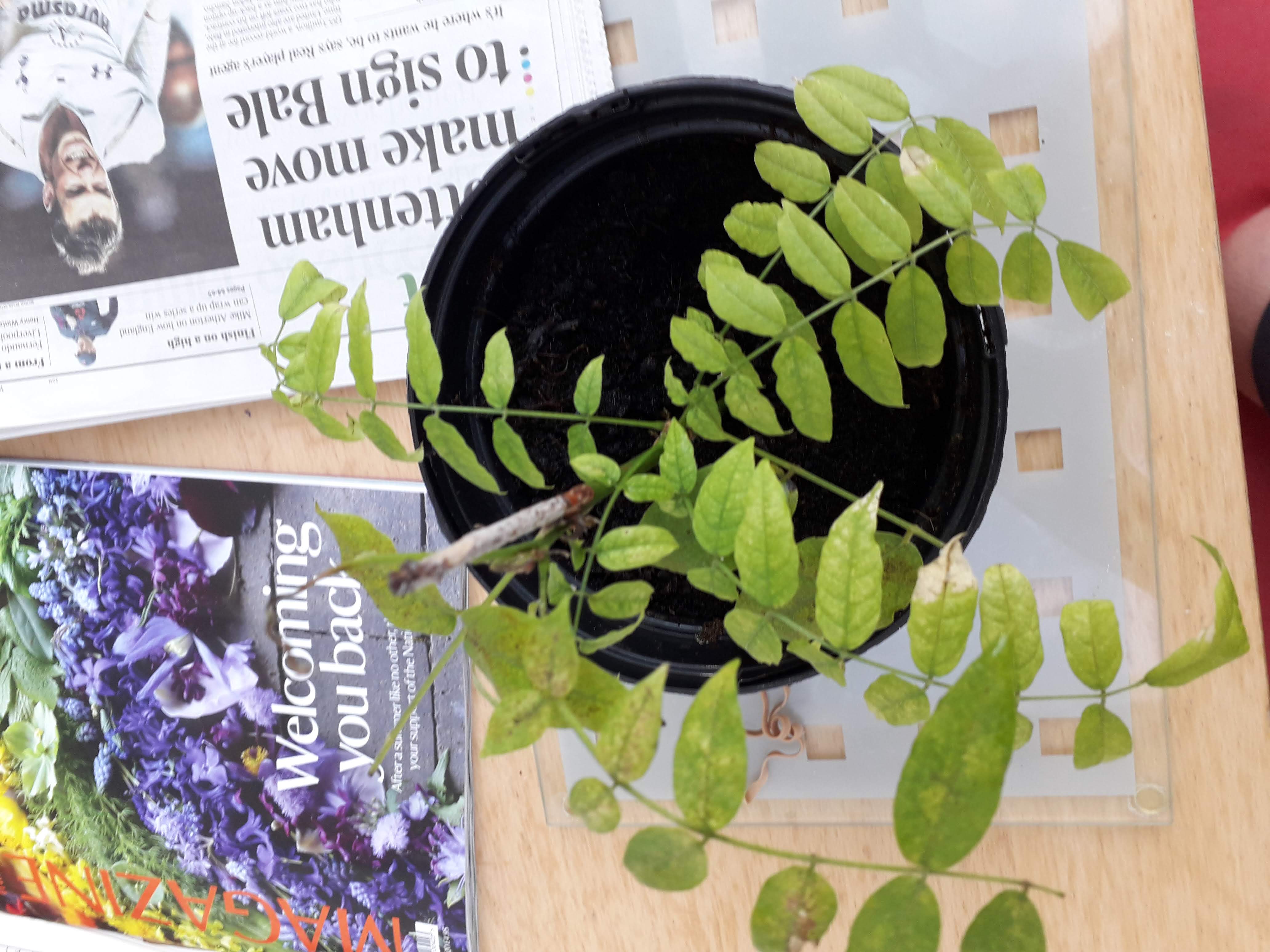 UPDATE : I took the bag off because it seemed healthy enough but it has since died. The solution is likely to use rooting hormone to get more roots so the plant can survive on its own because it was too big for the bag so leaving it on would probably not have worked either.

Browse other questions tagged cuttings wisteria or ask your own question.

10
Taking a cutting from cherry Tree
8
What to do with fig cutting in water?
4
Thornless Blackberries, can I root from cuttings?
4
How can I propagate a rubber tree plant from a cutting?
5
Cuttings growing leaves underground
7
Do mulberry hardwood cuttings (breaking buds) enjoy light?
1
Are the leaves on my Fatsia Japonica now a drain on my cutting?
0
My lime tree cutting has developed flower buds along the stem but no leaves. The cutting is about 8 weeks along
0
Citrus tree cutting preparation for propagation