Thuja Occidentalis trees often turn partially brown, dry and they never tend to recover on their own. My problem is definitely with entire branches (as opposed to individual leaves).

I water the trees with drip irrigation twice per day and additionally I water them from top top to bottom manually about bi-weekly, as my gardener told me that these trees should be 'in a constantly humid environment', e.g. watering as frequently as possible. I'm definitely not telling that the gardener was right (!), but I'd like to know whether there was any scientific experiment on these trees, examining what is the ideal environment for them.

Gardeners tend to oversimplify things, such as 'You have to spray neurodegenerative chemicals on the tree' and 'There is nothing you can do about it'.

I don't want to give up nor do I want to start carpet-bombing my garden with chemicals. Is there any scientific evidence:

Anyone tried various methods on Thujas? 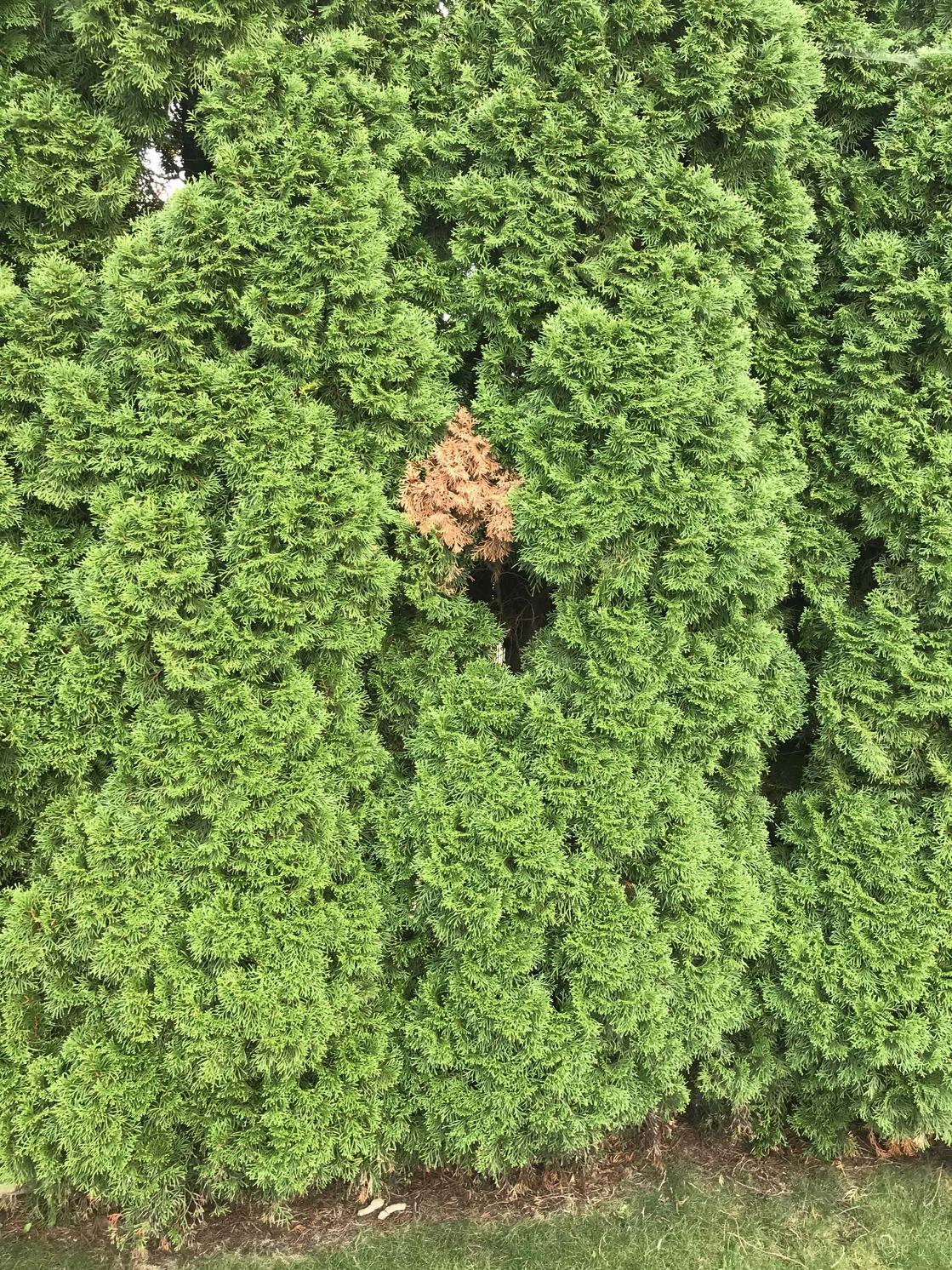 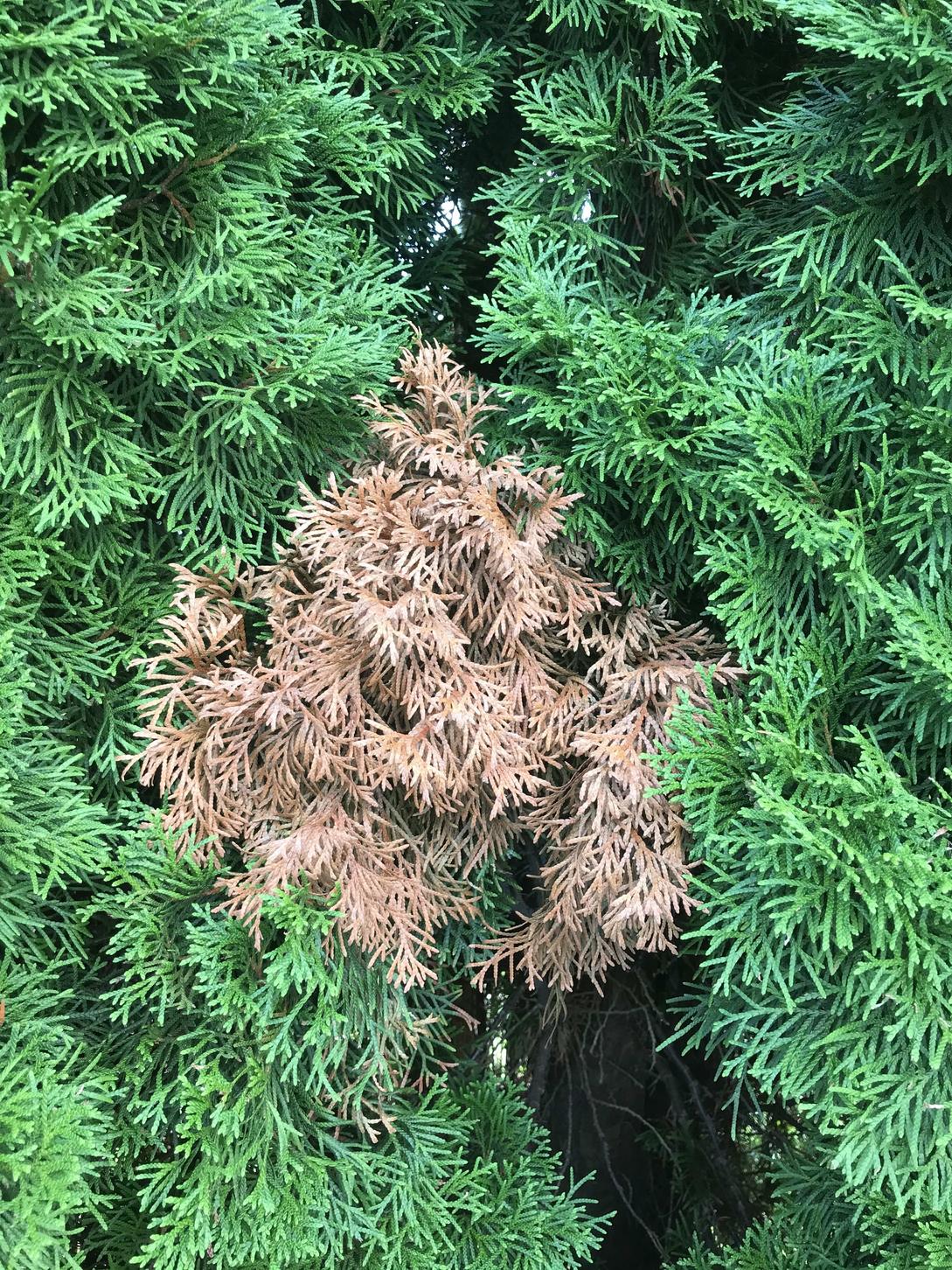 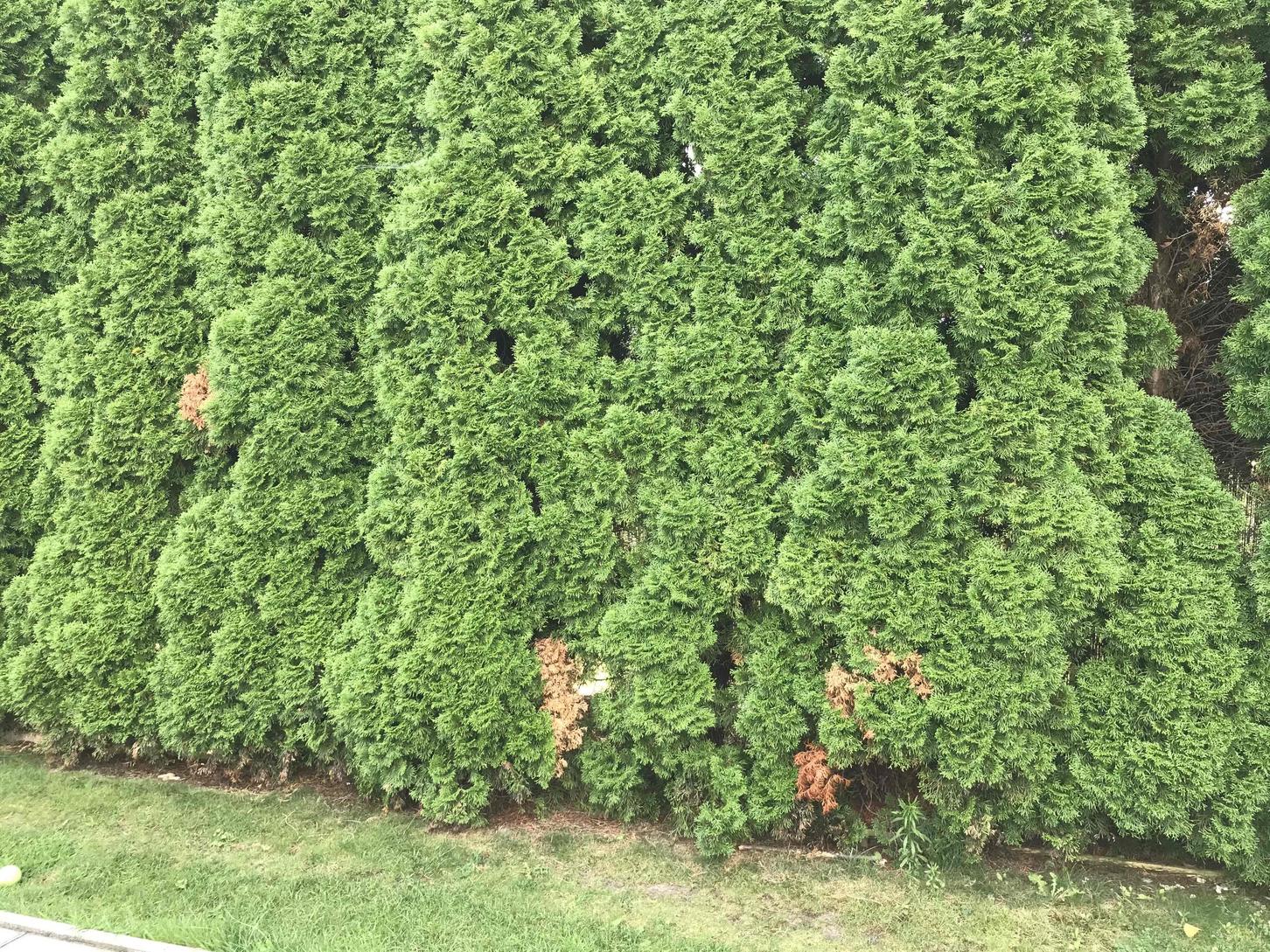 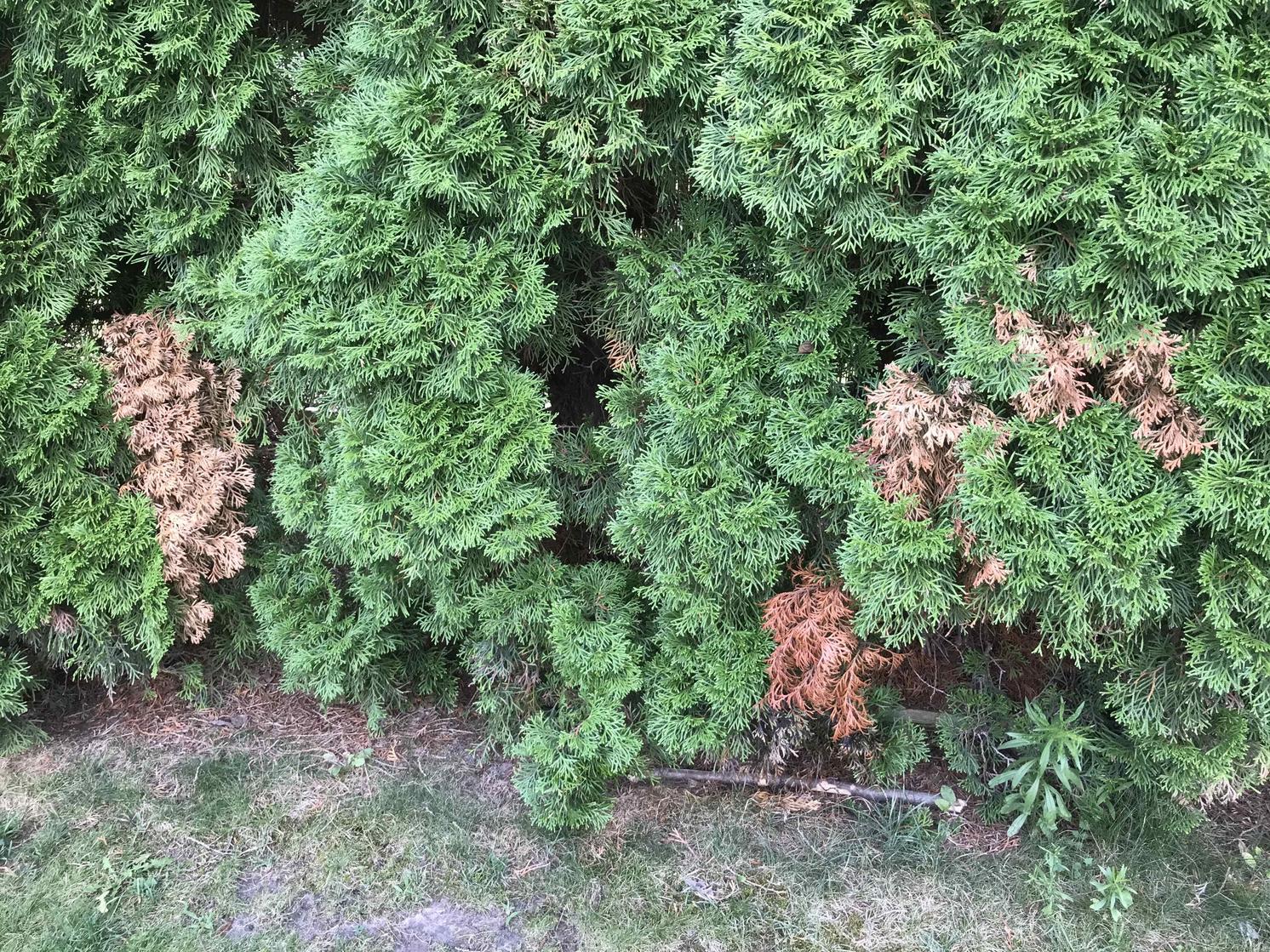 @Kevinsky provided a link in their answer to a similar question that you may find helpful - the specific link is from the Morton Arboretum and discusses seasonal needle drop. It also says that, in times of drought, evergreens will lose needles or, in the case or arbs, branchlets., which is what your arbs are doing.

I think your issue may be with watering, especially if your regimen was interrupted for some reason (vacation, for example). Established arbs should need no more than 1 inch of water a week, preferably a one-time-per-week event (like a large storm).

I don't have any science results to give you, but I can cite a great resource: Michael Dirr's "Manual of Woody Landscape Plants" (5th edition). This is a common tectbook in university and college horticultural classes. Here's what he says about Thuja accidentalis:

... should be grown in areas of considerable atmospheric moisture as well as soil moisture; requires a deep, well-drained soil...

so far, matches what your gardener says. But - just a couple of dozen word later and in the same entry:

...in spite of the absolute admonitions about this species and cultivars, it will, once established, take considerable heat and drought; all over Cadillac Mountain, Maine, growing in rock crevices and exposed slopes.

As you can see, the text apparently contradicts itself. It doesn't, however: a young, newly planted arb needs a lot of water (and should be watered in well late in the year just before ground-freeze) in order to get established. Once established, though (after two summers in the ground, I'd say), then it doesn't need much if any additional water.

So, why the emphasis on watering? Because there isn't much else that could be causing the browning, except perhaps spider mites (which should be relatively obvious). The other reason for thinking it might be over-watering is that an extremely well-watered tree, such as your trees, will develop extraordinarily shallow roots; if the watering schedule is changed even a fairly little bit then the roots aren't deep enough to supply the tree with the water that's available.

If you want to change the watering schedule and amounts, I suggest you do so very slowly. Maybe cut off the overhead watering first (reduce to once a month, then eliminate), and then cut back on the irrigation a little at a time. I'd do this over a period of many months over perhaps two growing seasons. This will allow the roots to "sink" to a proper depth.

Not the answer you're looking for? Browse other questions tagged diseases evergreens privacy-plants or ask your own question.

6
How much seasonal, internal die-off of Arborvitae is natural and expected?

3
Why is my philodendron getting these brown dry parts on its leaves?
4
The leaves of my persimmon tree are turning brown
9
Beet plant - leaves turning yellow-brown
7
Why are my basil's stalks turning brown and dying?
5
Hibiscus buds turning brown before opening
0
Why do my roses look dry, brown and full of holes?