I’ve had this Meyer lemon tree since January. It was doing well, blossoming, etc. but in the past 2 months it’s slowly lost most of its leaves. I used to water it once a week and mist the leaves daily for humidity. It gets 12 hours of light via a plant light. I repotted it into a bigger pot around March and it seemed fine after that. The potting soil is Miracle Gro Cactus Palm and Citrus Fast Draining Potting Soil.

Initially some of the leaves had some mottling so I suspected some sort of fungus and I decreased the watering (at one point waiting 3 weeks in between) but it hasn’t made much of a difference. I’ve tried watering with diluted hydrogen peroxide to kill any larvae. I have a sticky trap in the pot that looks like it caught several (fungus?) gnats, but I haven’t noticed new ones in the past couple weeks. I have also tried spraying a fungicide (Fung-onil) and a Neem oil solution. I read that good circulation can help, but I live in a first floor apartment and can’t really keep my window open while I’m not home. Meanwhile my other plant (a jasmine) has been thriving right next to this struggling lemon tree.

I have read some of the other posts on this topic but would appreciate specific advice. The bottom of both trunks still has some green and I really hope I can save my tree. 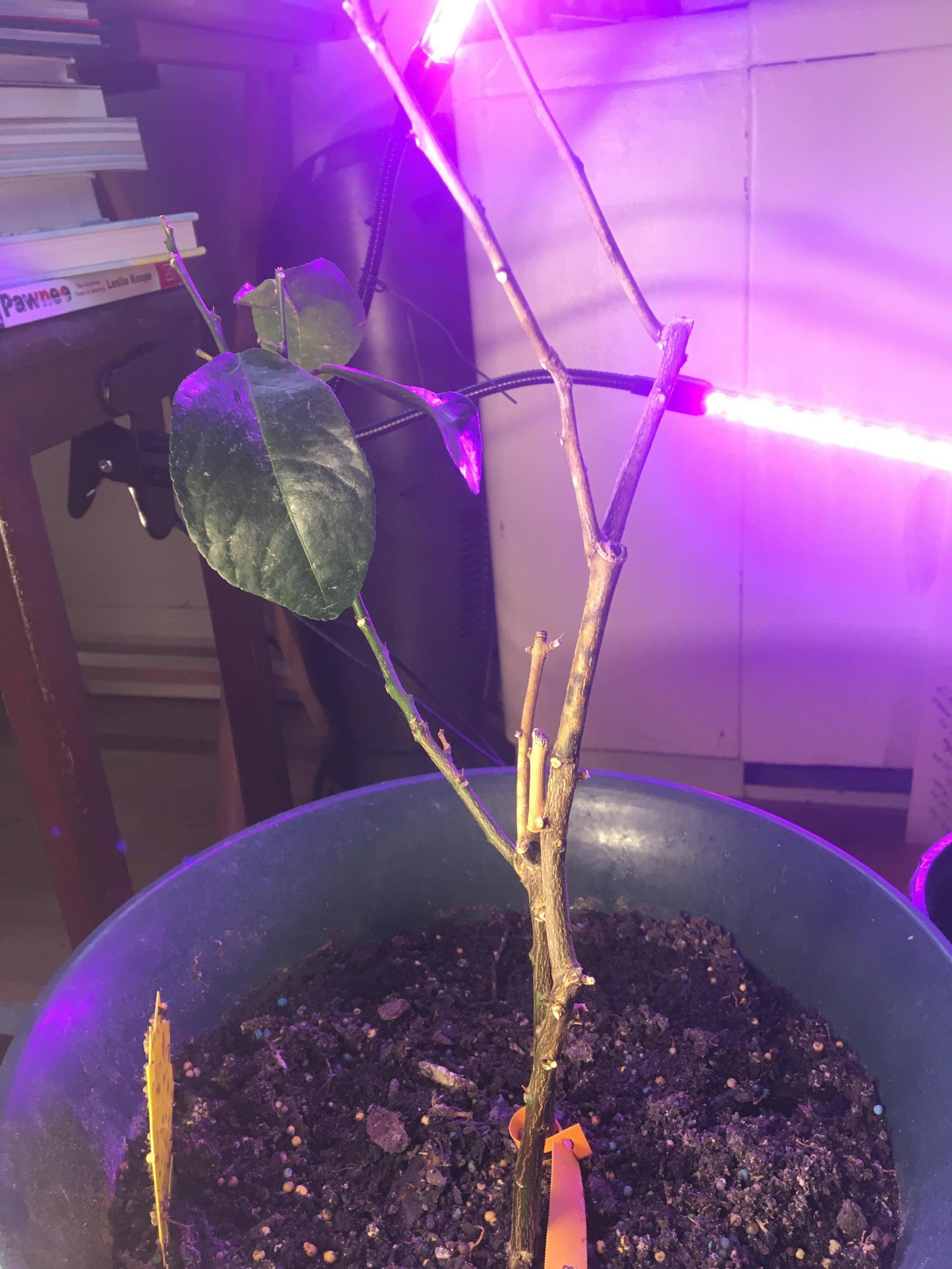 4
Why didn't my Meyer Lemon tree produce fruit after it blossomed?
3
Why are my Meyer lemon's leaves yellowing and falling off?
7
Why do the leaves on my Meyer lemon have blotchy yellow areas?
3
An indoor Meyer lemon with almost no leaves (in S England)
1
Meyer Lemon Tree Health Issues Help
3
Why is my Meyer Lemon producing orange fruit?
3
Lemon Meyer - unidentified disease