I'm at Seattle. Recently, I found holes on our bell pepper even when it's small. 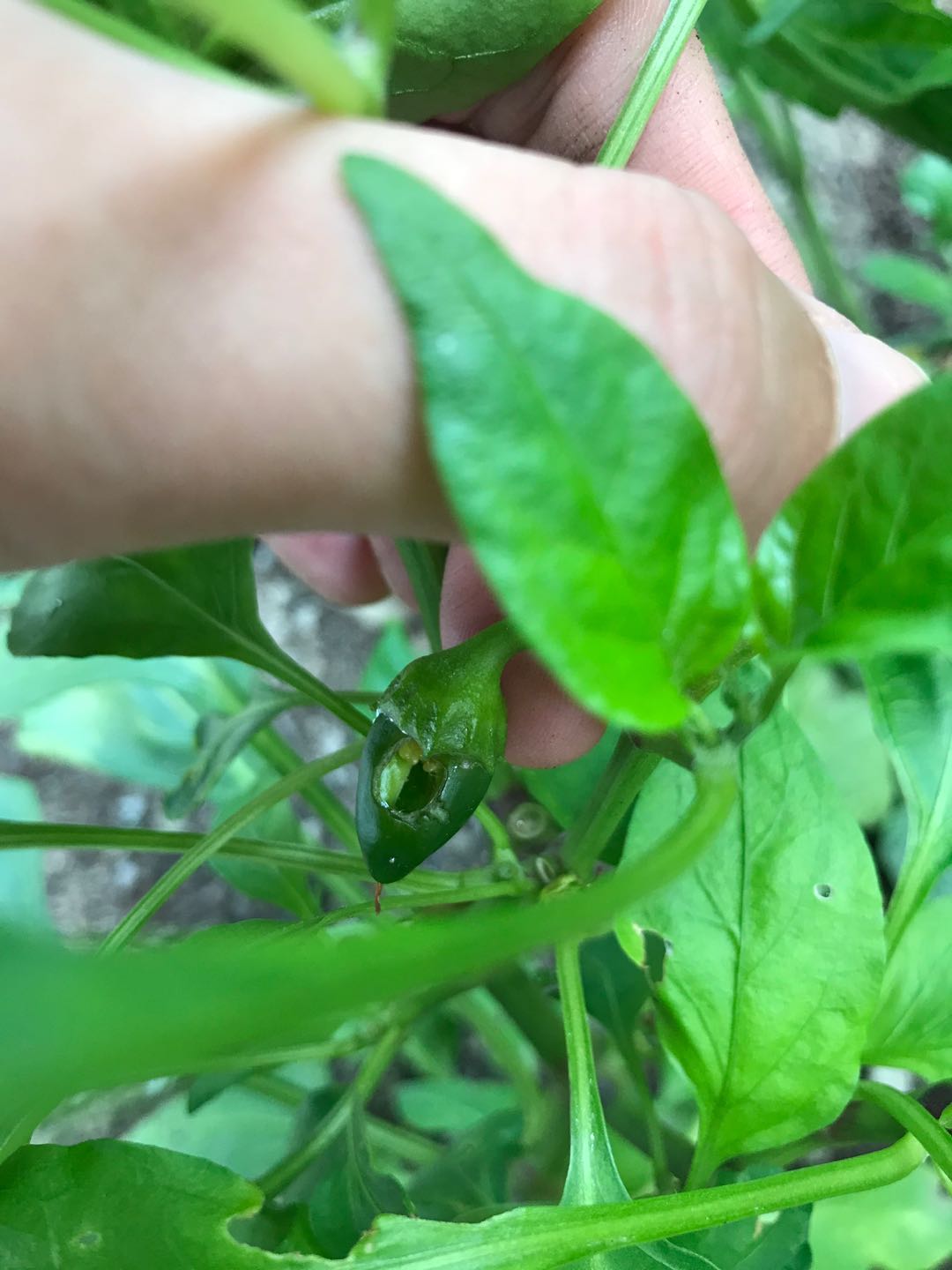 . Any ideas on what caused it? There're also some holes on leaves too, but not a lot. Shall I buy some oil or insect killer? Thanks 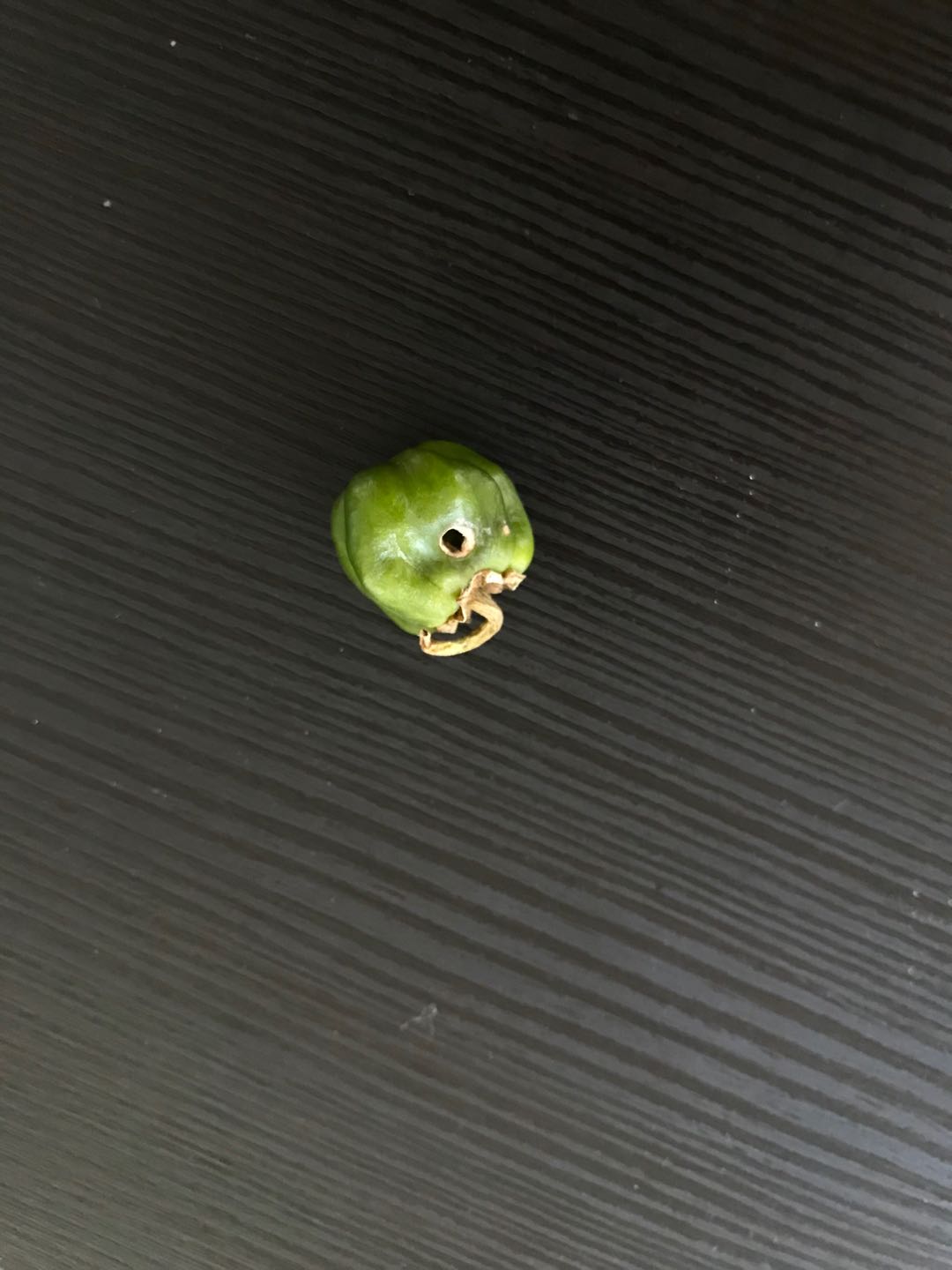 That looks like earwig damage (they like to hide in dark, damp places). They aren't really eating the peppers, but using them as temporary homes. There are a number of different ways to deal with earwigs. Although I usually just ignore them, the newspaper trap works well if they become a problem in my yard.

The newspaper trap is simple: roll up a piece of newspaper into a tube or bunch it together like a sausage, wet it enough to make it damp, then put it into the garden at the end of the day. The earwigs (active at night) will hide in the dark and damp newspaper as dawn approaches. In the morning, either place the paper into a bucket of water or dispose of it in your garbage.

For your peppers, you could put the trap at the base of the plant and then remove in the morning. Note that you'll probably have to repeat this for a number of nights in order to make a dent in the earwig population, Here's a ton of information about earwigs, including other methods of removing them from your garden.

Not the answer you're looking for? Browse other questions tagged plant-health vegetables insects bell-peppers leaf-vegetables or ask your own question.

21
Insect infestation on my pepper plant, what do I do?
4
What ate the leaves of my bell pepper plant?
3
What's eating my pepper leaves?
4
Why are my Bell pepper leaves deformed with contoured edges?
5
Removing a killer bee hive?
4
Is Plant Still Safe to Eat If Mysterious Mushroom Grew in the Same Planter?
1
Trying to identify small insects on peppers (and if they're dangerous)
1
What is causing these circular spots on my pepper's leaves?
2
Are mature store-bought veggie plants like these intended to stay in their pots?