How should I diagnose leaf problems on these bonsai?

I have two informal maple bonsai (i.e., seedlings that I dug up from the garden and potted), both of which have some browning on their leaves: 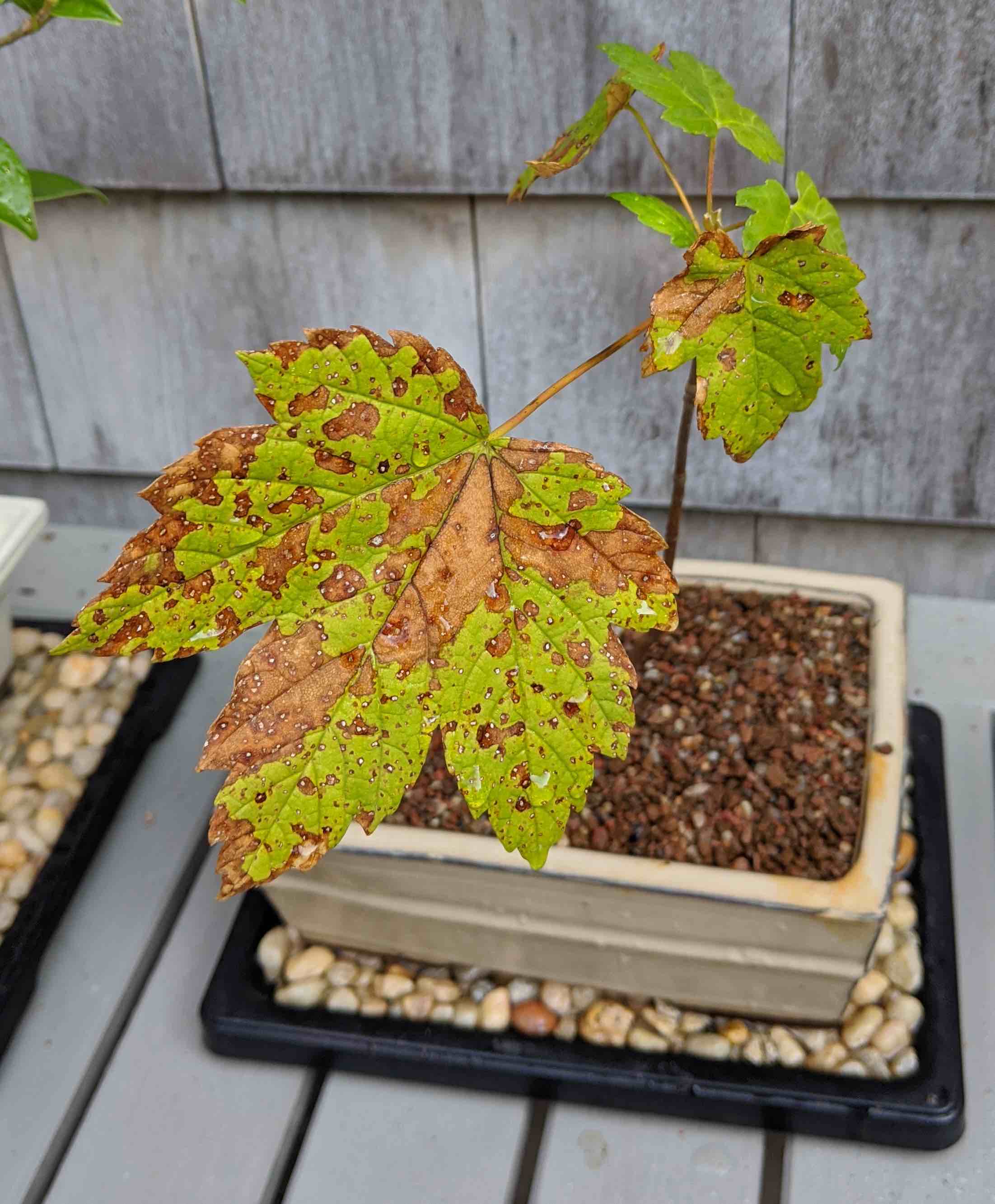 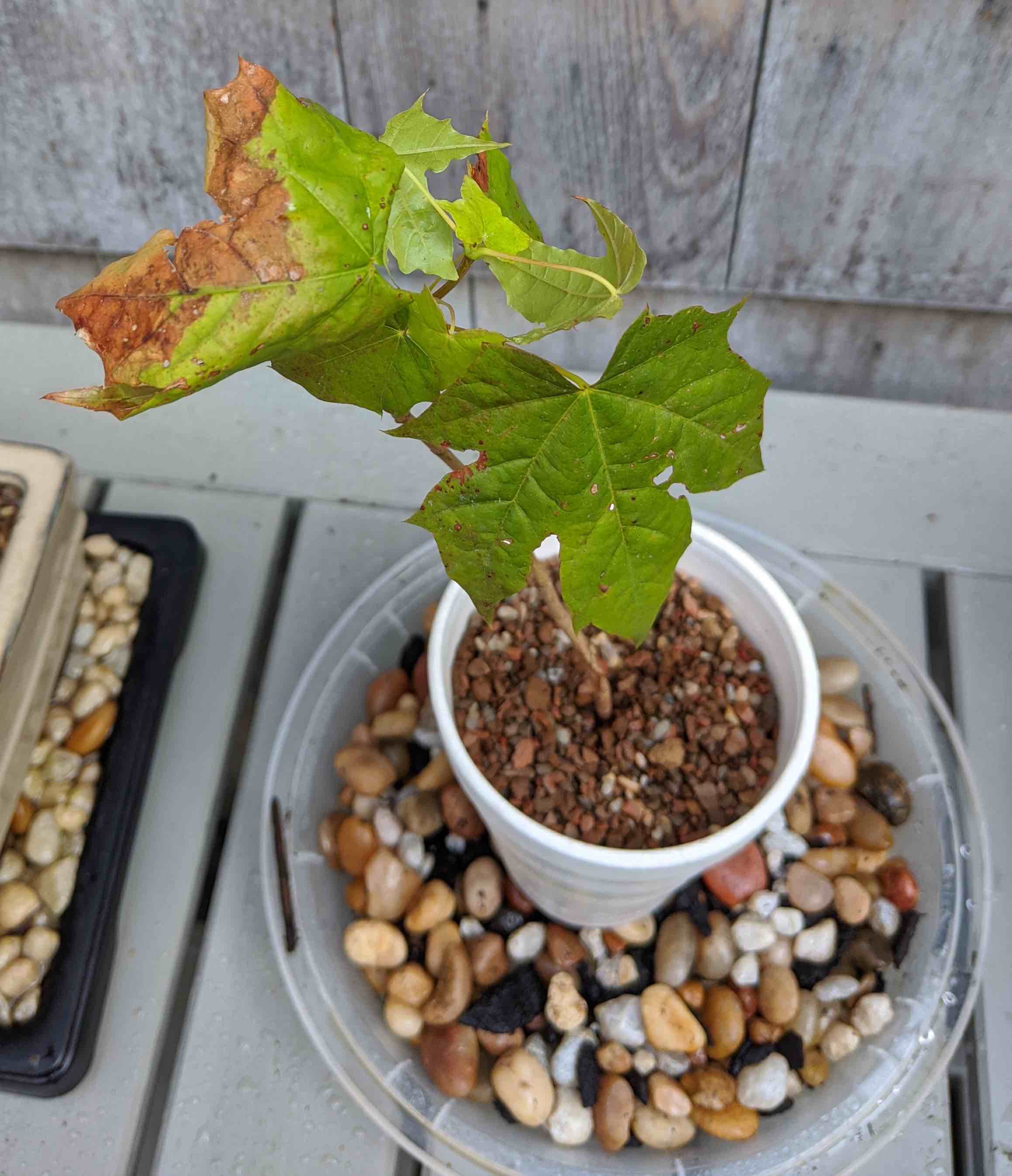 Preliminary research indicates that this could be because of overwatering, underwatering, insects, fungi, or malnutrition (i.e., a lack of fertilizer). That's a wide field. Moreover, there's also a ficus that is doing just fine, with no browning at all.

But all that is wild speculation. Can anyone help me narrow this down?

Inspect the leaves closely with a magnifying glass - I'm seeing what might be remains of webbing and even what might be a small, pale caterpillar, first picture, on the large, browning leaf. Check the undersides too - if what I think I can see is right, you may have had a light infestation of moth larvae, but likely most have turned into moths now and left... Moth larvae grazing on the leaf surface would explain the damage, but have a good look.

10
How regularly should I fertilise my bonsai plants?
2
How should I prune my Cussonia Bonsai?
4
How should I care for a bonsai Bouganvillea?
6
Are these genuine bonsai?
3
Why are my Dracaena Fragrans leaves browning from the base?
4
How to reduce leaf size on Ash bonsai
5
Can I make these impromptu bonsai work?
0
Bonsai ficus has brown spots on leaves -- how do I diagnose and cure?