How can I rescue this lemon tree?

I've been growing a lemon tree from a store-bought lemon seed for about half a year now. A few days ago the temperatures have started to increase and since then the tree looks dried out, even though the soil is moist and has been watered regularly. 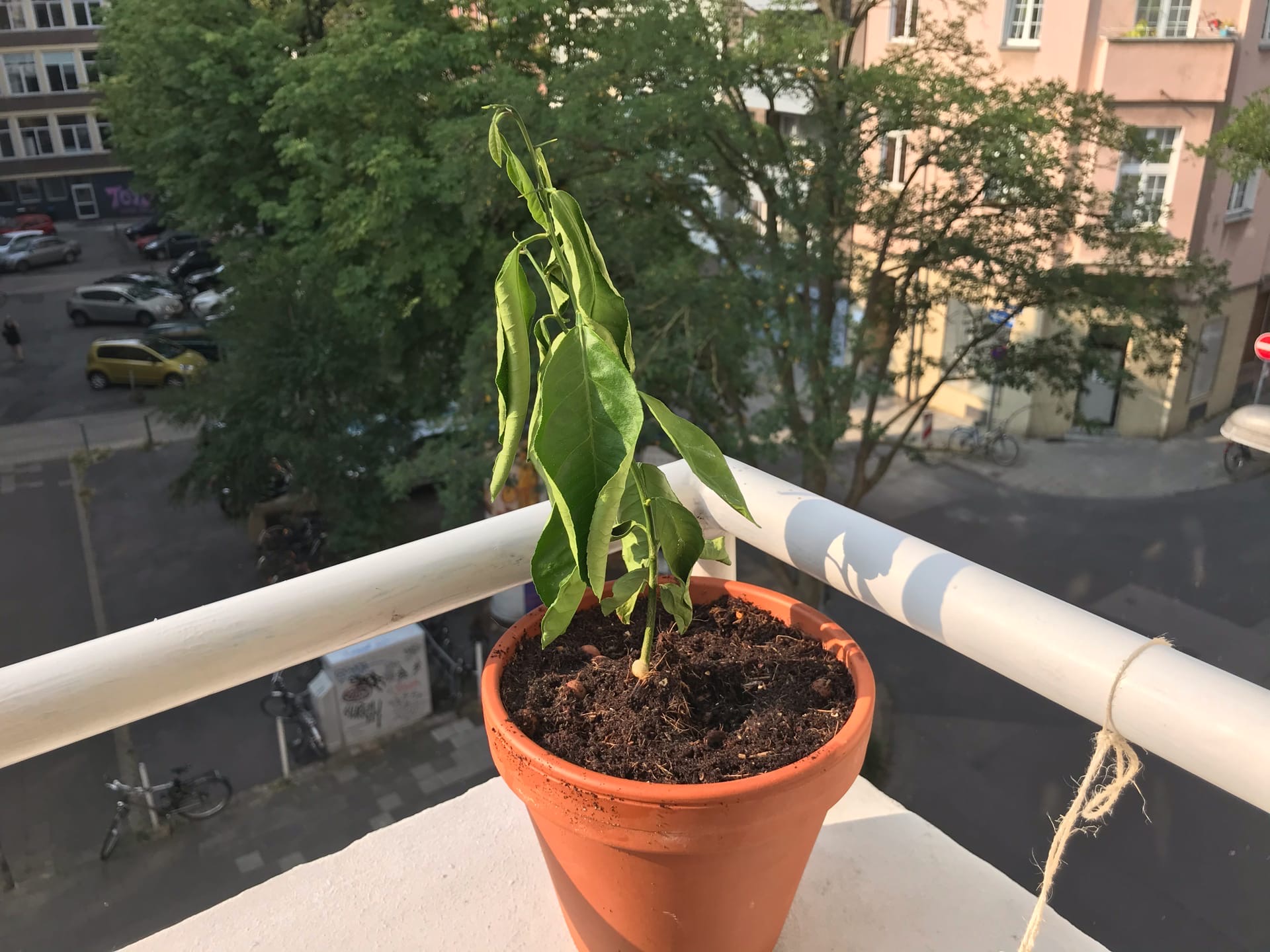 Since I was suspecting a heat stroke, I've placed the plant inside in half-shadow, but nothing seems to happen already for around a week. The leaves aren't crispy, but just curled up. I've fertilized the soil and also placed it in an open, north-facing window to provide some air movement. Also increasing the local air humidity with a tray didn't seem to have any effect so far.

What exactly is wrong with the lemon tree? How can I rescue it?

On the internet I found that this might be an issue with the roots. Can I trim them somehow?

The little lemon tree will be quite alright after some water has been given. Two or three days will be enough.

Important things not to do: don't overwater; do not change the position drastically, a bit of shade (umbrella) is enough; don't fertilize; most importantly: don't panic!

Not the answer you're looking for? Browse other questions tagged plant-health plant-care citrus lemons or ask your own question.

0
Lemon Tree Lost Most of its Leaves

5
How should I deal with these ill pepper plants?
9
How big a lemon tree can I grow indoors?
6
Need help identifying this disease for my lemon tree
2
Can lemon plant survive?
1
Indoor lemon/lime - wilt leaves which yellow and drop