An unexpected brown-violet mushroom in my garden

My grandma is a great fan of mushrooms and knows quite a lot about them. About 10 years ago, she started throwing out mushroom remnants in one special place, in order to grow her own mushrooms. In fact, during last three years we found some parasol mushrooms (Macrolepiota procera).

Today she found something, that nobody at home can classify. From what I searched, it might be Cortinarius privignoides, but it is marked as almost extinct here in Poland, so I doubt this classification.

I found one more candidate: Cortinarius traganus, but one thing is not right - the ones that I have don't have any special smell (just faint generic mushroomy smell) and gassy webcap should smell and taste bad. Grandma threw a lot of Cortinarius caperatus bits there, so I would expect to see this one, but what we have is very different. Maybe you have seen this or know what it really is: 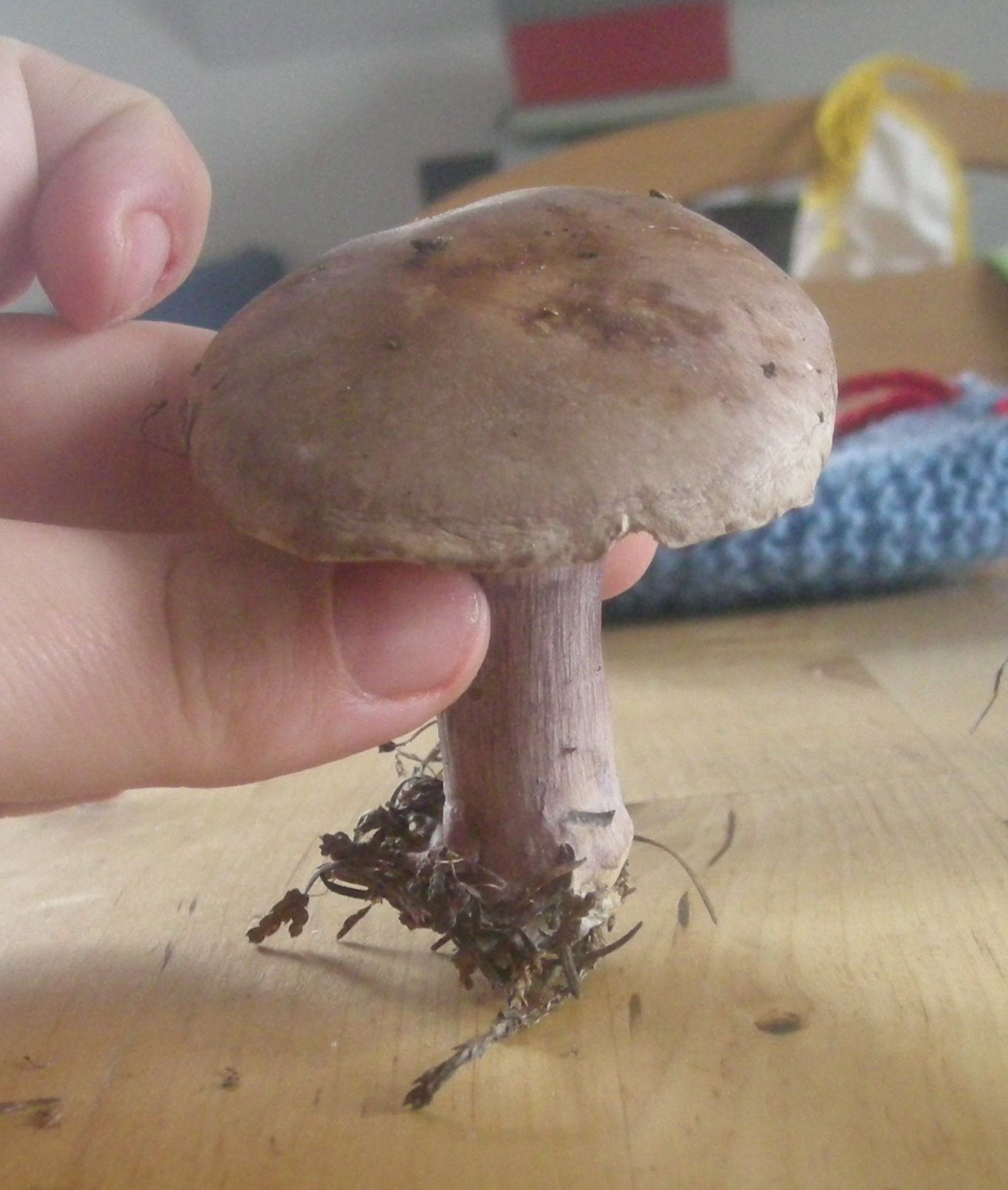 The hat is light brown with faint violet shades, the leg on the outside is partly violet too, but the inside is all whitish.

The gills are lighter brown, almost creamy, also with a violet tone

The cut through the leg

The cut through the hat

I am not a mushroom expert by any means, but I'll offer up two possibles - the first is edible, but must be cooked. The Field Blewit, sometimes called Blue Leg (Lepista saeva), does have purple streaking down the leg, but doesn't usually have any hint of purple or violet in the cap.

The second suggestion is one of the Russula group - these are quite difficult to identify, because there is a large variation in their appearance year on year. Russula cyanoxantha, commonly known as Charcoal Burner, is edible, has a cap which often has mixed colours, or may even be green; the leg is white, but sometimes flushed with lavender. The gills are white and crowded, and do not separate readily from the edge of the cap. Other Russula varieties also vary widely in appearance, and many are toxic, as in Russula mairei and Russula emetica.

It may be that none of these are varieties that grow in Poland, I really don't know, but I'm guessing you will!