Can someone please tell me the name of this flower??It has sometimes two layers of petals

Its a yellow flower with spiky leaves...Would like to know its name..Some little bigger ones have two layers of petals. 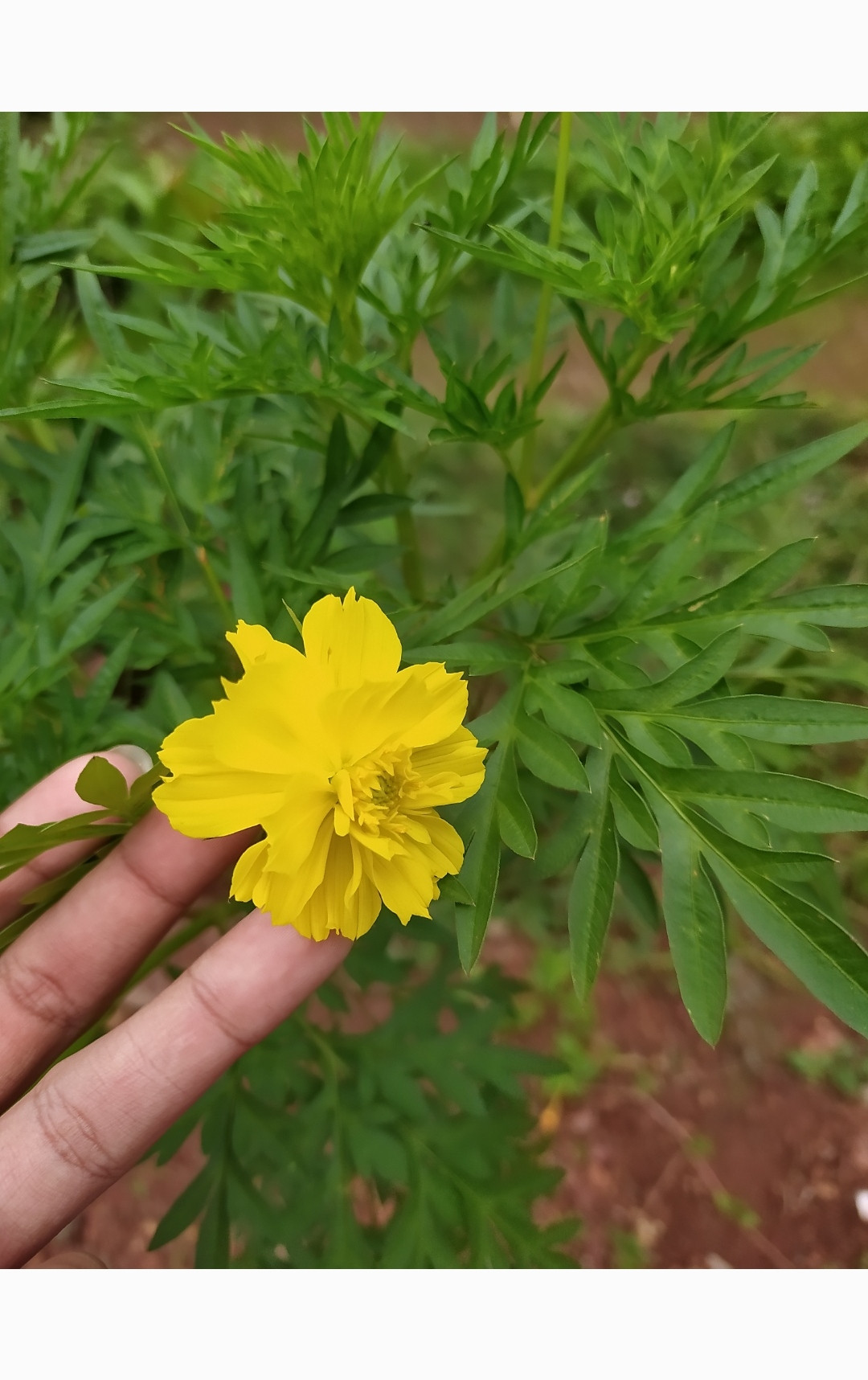 Your bright flower is a variety of Sulfur Cosmos, Cosmos sulphureus! They range originally from Southern North America through Northern South America, and have spread to regions all over the world! They are known for attracting butterflies, and have been extensively planted in some regions. There are also different varieties, including some with orange or reddish flowers, and heights ranging from 30cm to 2m! Their flowers may be similar in appearance to other species, however, the leaves of Sulfur Cosmos are quite distinct; their distinctive leaves and their height help when identifying them! The excellent illustration of your Sulfur Cosmos is very helpful!

M HM H
1,06011 gold badge55 silver badges1616 bronze badges
1
Add a comment  |
1
Want to improve this post? Provide detailed answers to this question, including citations and an explanation of why your answer is correct. Answers without enough detail may be edited or deleted.

That's not a marigold, its either a Sulphur Cosmos (Cosmos Sulphureus) or Tickseed (Coreopsis Grandiflora/Lanceolata)

I think you have some marigolds here, yellow ones. In latin they are called Tagetes. They like a lot of sun, they seem to look healthy fine so keep treating them like you do now!