Is my areca plant dying or dead? 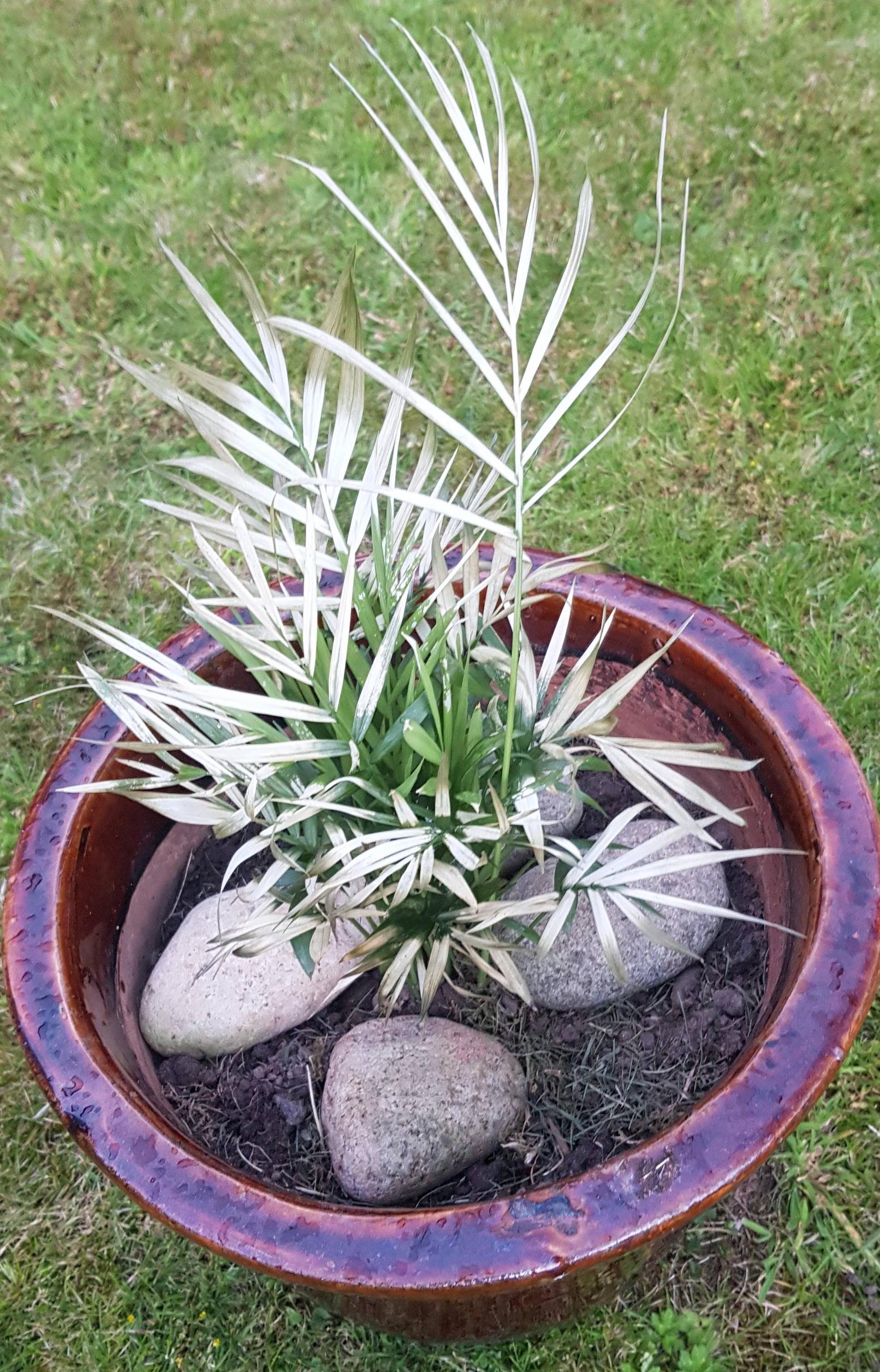 I recently just bought an areca plant. When it arrived I repotted it in the same soil mixed with some sand and watered it using tap water.

The next day the leaves had turned a sort of silvery yellowy white colour. Some leaves in the middle are still green.

I have since repotted again using fertile soil from my garden. (I fertile my soil by laying the fresh cut grass over it.)

So my question is: Is my plant dead, dying and can it be saved?

Update: So this is a pic of the plant a few days later. It's been cloudy here in Birmingham, so no direct sunshine, and I have left out to get some natuaral rainfall. There are small stones + holes in the bottom of the pot for drainage. I think it's looking slightly greener inside. Should I never give tap water to it due to the chlorine? Also, should I try and trim off the dead looking bits? 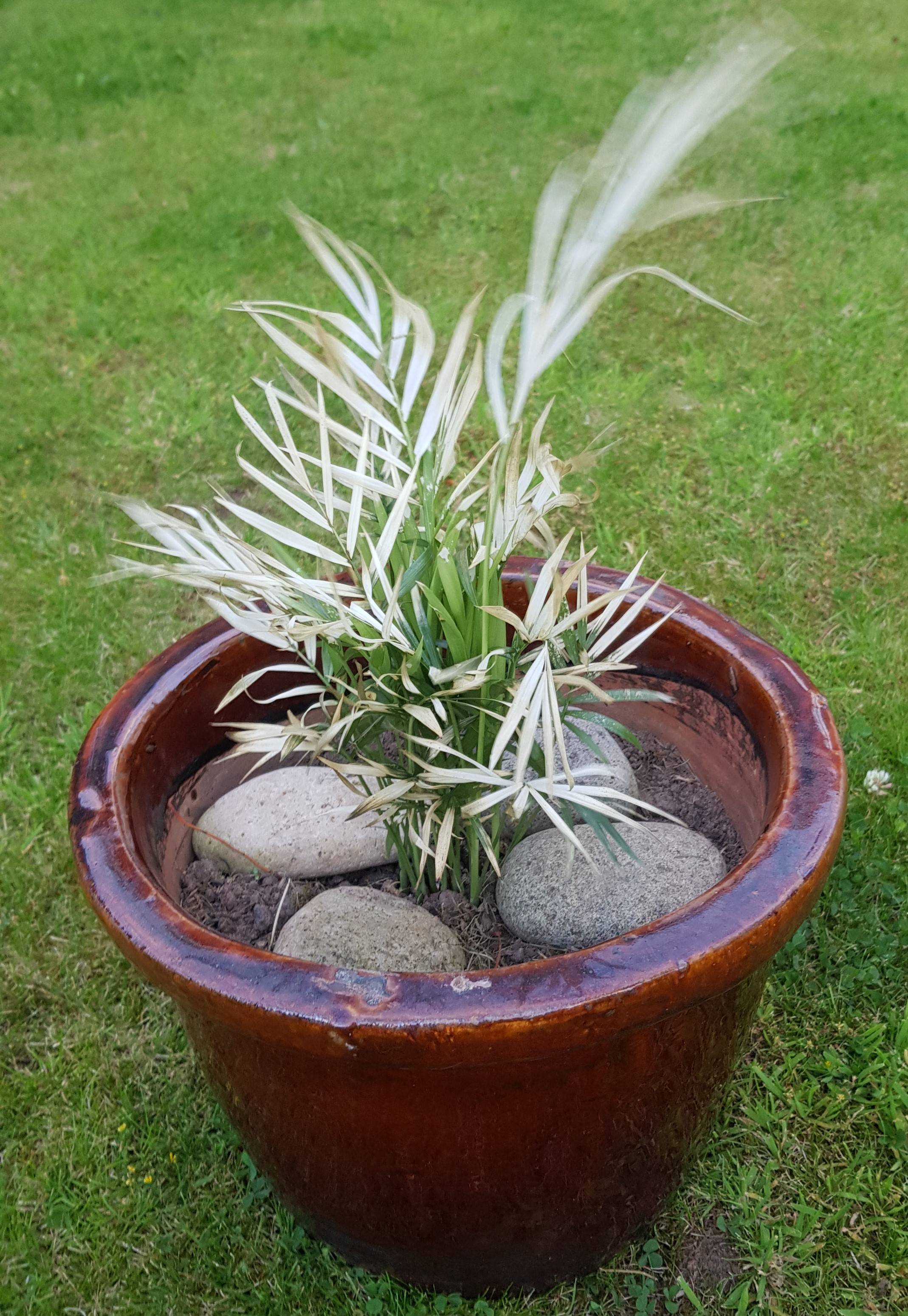 These palms are often grown in bright indirect light. If you suddenly place it where it gets direct sun, the leaves may be unable to tolerate it and will scorch. Also, make sure the soil does not dry out. Don't keep it soggy, but keep it moist, especially since you've just transplanted it.

Based on the green in the center of the plant, it is not dead (those probably got protected by the outer leaves), but you should keep it in a location that gets bright, but indirect sunlight until it starts recovering. Then slowly give it direct sun if the goal is to keep it in a sunny location.

Not the answer you're looking for? Browse other questions tagged houseplants diagnosis or ask your own question.

2
How should I take care of my new Areca Palm?
2
My spider plant is dying
2
Areca Palm house plant
3
Why is my Areca palm dying
2
Dying/dead peace lily? Any hope of reviving it?
2
Areca palm dying
1
What's wrong with my house plant? (Chamaedorea)
0
Getting rid of strange eggs in houseplant soil
4
Dragon tree plant dying?