Geranium is short with leaves only no flowers in July

I put down the seeds for geranium around mid or late May in 2020. I live in Pacific Northwest.

Now it is just like this after almost 2 months 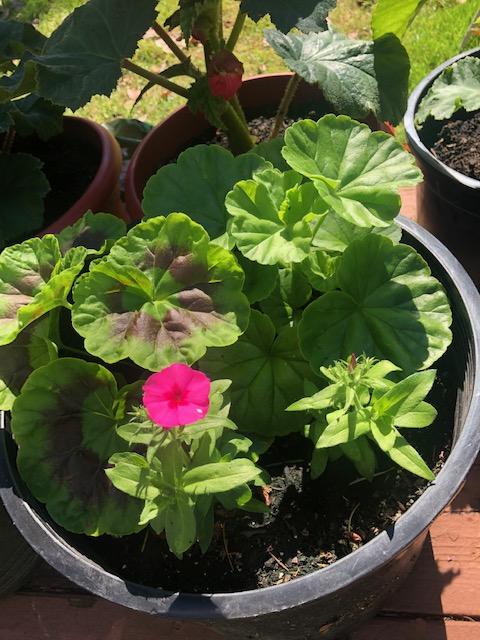 It's only 4-5 in tall and no flowers yet. It's been cool this summer. Should I worry? Will it bloom or should I just pull and give up?

Pelargoniums (which is what "annual" geraniums actually are) take more than eight weeks to flower from seed, which is why many gardeners either root cuttings from the previous year or start seeds indoors, in mid-late winter. In fact, this site and this site both give a range of 12 to 16 weeks. Your plants will eventually bloom, but maybe not until mid-late August.

They look happy and healthy right now, so just keep doing what you've been doing regarding fertilizer and water and you'll (hopefully) see flowers sooner rather than later.

4
Red, white and blue varieties for a medium pot in full sun
4
Should I pinch my first celosia blooms?
5
What is this small annual with narrow gray/green leaves and rust colored daisy-type flowers?
5
How do I prune Verbena bonariensis?
2
Does this Tangelo look root bound?
6
Does anyone have experience with AeroGarden?
2
Herbaceous Paeony care in spring
2
Should I prune double "trunk" of orange tree seedling?
1
Marigold flower partially wilting and leaves are curling
1
Is it too late to plant roses in the ground in November