How to best convert field into forest?

I have a long stretch of yard where I want to allow some of it to grow into a forested backstop / wind-block / nature promotion (birds, squirrels...whatever)

It has been just grass for a long time, but I just started letting this section go a few weeks ago, in hopes it will eventually grow some trees, bushes...etc. Would eventually love tall trees, big oaks, maples, pines...etc, but that's probably a LONG way away.

I did start by planting some small trees, but I'm wondering if this is the best path toward the end goal. As opposed to burning off the grass and weeds, or... I don't know. Anything else.

Will the small 3ft saplings get overtaken by the weeds before they get a chance to grow? Is my only hope for big trees to plant them all myself, or might I get lucky had have some "dropped" in by birds? 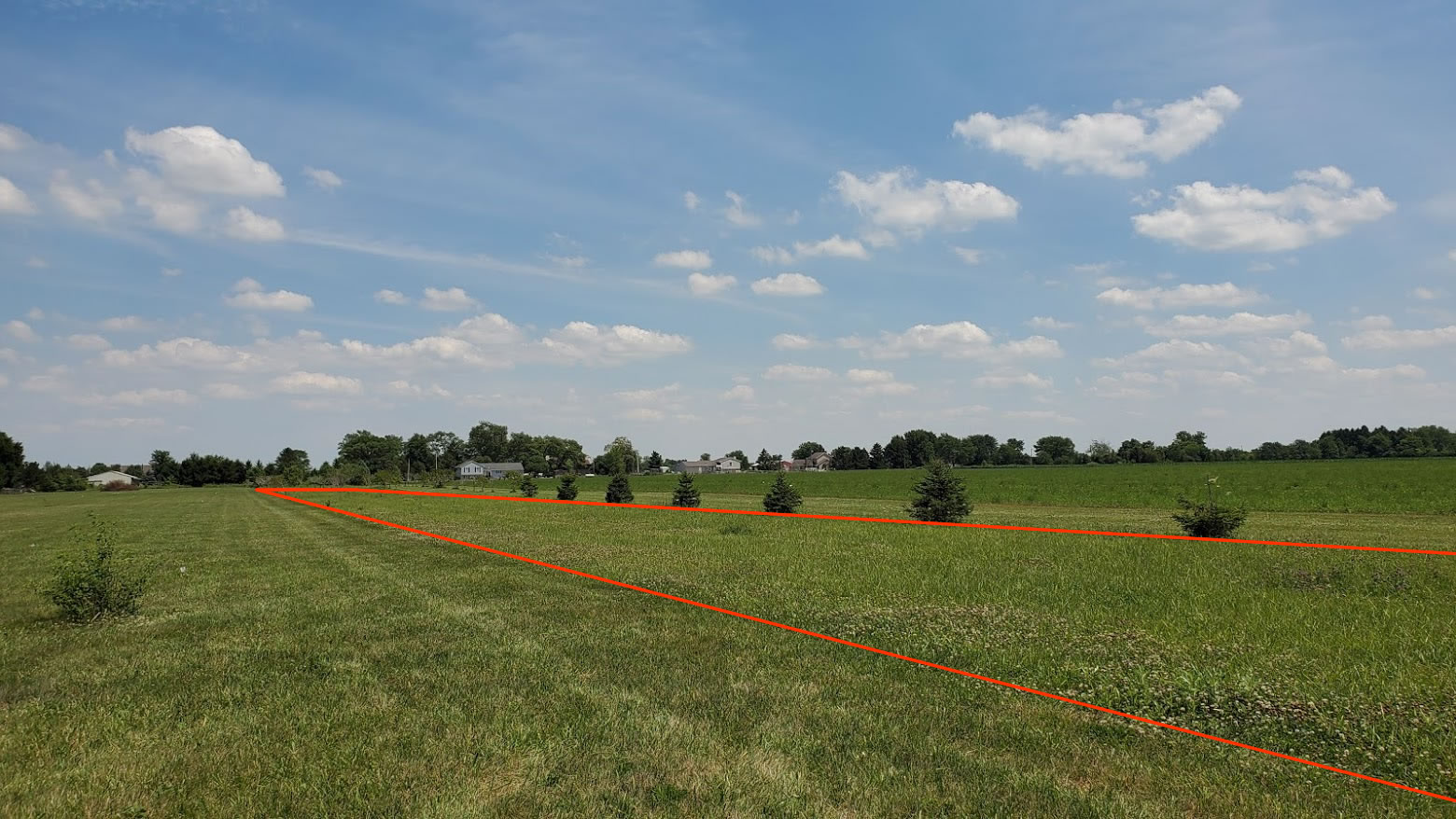 Depends on how much money and work you want to put into it. I once helped a friend who wanted trees in a 60 acre former corn field he bought. He welded up a couple things to poke a 12" deep holes in the ground and we put in about a zillion cuttings of various trees. I never saw it again but he did occasionally speak of his "woods". Same fellow ,another technique; he buried many pounds of black walnuts in a moderately wooded area ( southern IN.).I prefer to put in trees, you can buy a variety of bare root trees from catalogs or internet- this must be done in early spring or maybe late fall when dormant. Or you can dig your own in some locations but a lot of work. Or you can buy trees in plastic buckets ,can be expensive. Also check with your state department of agriculture ,they offer low cost or free trees ( probably bare root) from time to time. Conifers need to be bought in buckets, although I got a bunch in bushel baskets from a Christmas tree farm in early spring. I have never found grass or weeds to be any problem. I would avoid foreign invasives like chinese tallow and alanthus altisimus, -they grow great and are snuck into package deals

If you let it evolve naturally you will eventually get some mature trees like oak, maple, pine etc (assuming there are other trees already growing somewhere nearby, and enough wind and/or wildlife to spread the seeds) but "eventually" might be 50 years from now.

One survey of about 45 unmanaged sites in the UK found that "although the sites had been abandoned for between 10 and 42 years, only 19% of them had been colonized to an acceptable woodland standard."

What you will get first are invasive weeds like blackberries, followed by "colonizing" tree species like willow, elder, hawthorn/blackthorn, silver birch, sycamore, etc (or equivalent species in your climate - those would be the most common in the UK).

Once the colonizers start to mature and die, the "next generation" of species will begin to take over, but you might have abandoned the experiment before that happens.

If you want to control the process (and speed it up), plant some saplings yourself.

After 10 loads of wood chips I've found that having an arborist dump off loads of late season tree trimmings with seeds in them will have plenty of viable seeds in them that you will want to spread in the area to about 1' in depth, but if you want specific trees you should plant the seeds in the wood chip mulch.

Not the answer you're looking for? Browse other questions tagged trees grass shrubs or ask your own question.

4
How do you convert a mixed fescue field to a native warm-season grass meadow?
7
What Would Be A Good Shade Tree for Oakville, Ontario, Canada?
6
Trees in narrow space behind retaining wall
2
Should I be worried about cold snaps affecting my sugar maple seedlings?
6
What are the best fast growing field windbreaks?
5
How to turn a field of high grass/shrub into lawn or food forest?
3
Will a forest trail that's not regularly used always become overgrown?
3
What equipment to use for a large garden/lawn?
1
Carpinus leaves brown and shrivelled
2
Shade Forest Ground Cover