What kind of chilli plant is this?

I grew this chili plant from some seeds I had from some left over dried chillies a couple of years ago. It is now around 4 months old and has these nice chilli peppers. By the looks of it, it seems like jalapeño but I would like to confirm what species it is. There is a bit of variation between the first one it grew that came out very straight and the other two which came out crooked.

Any idea what type of chilli it is? 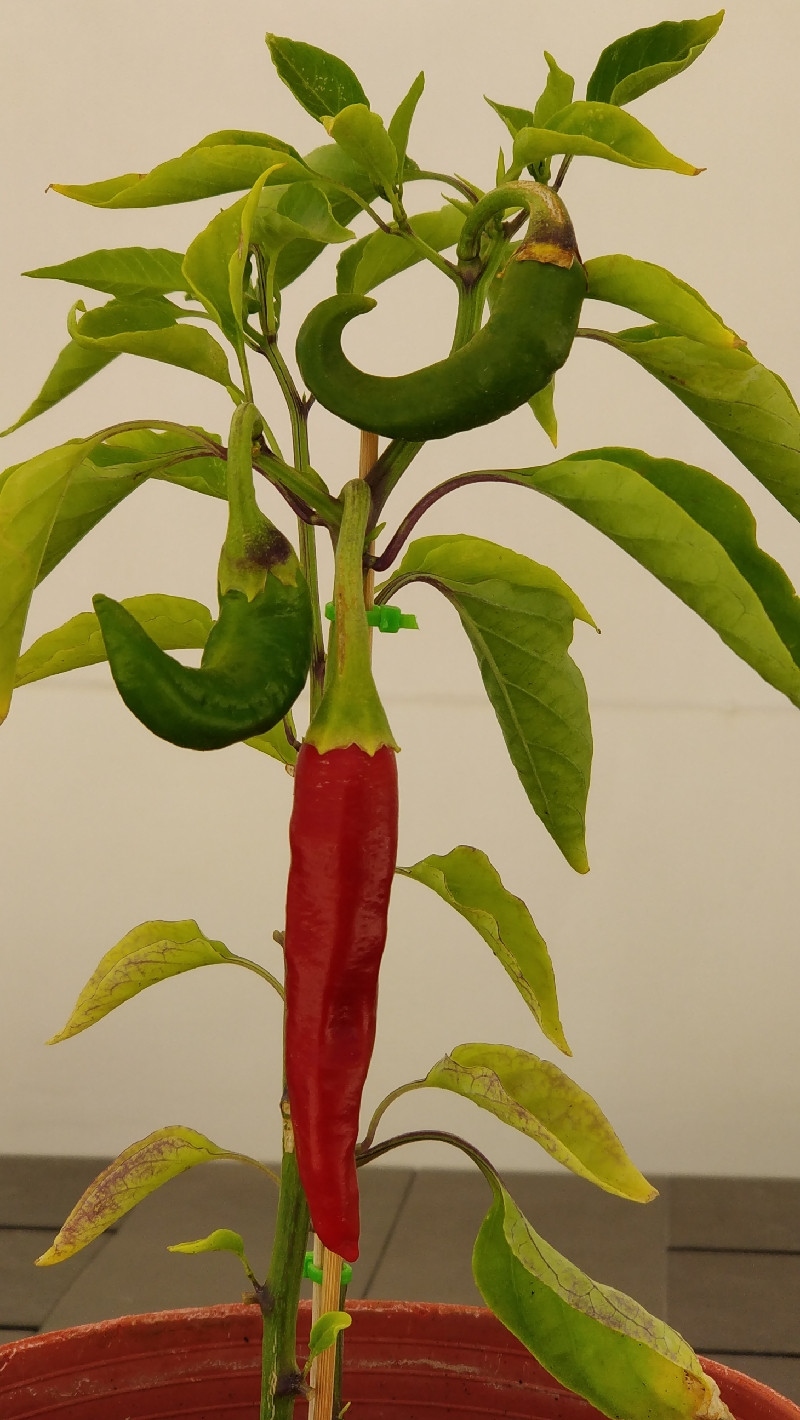 There are five domesticated species of chili peppers.

Given the growth habit of your plant, the Species is most certainly Capsicum annuum. But that isn't really what you were after, you want to know the Cultivar.

Unfortunately, no one is going to be able to tell you 100% for sure what cultivar it is. There are just too many very similar cultivars out there. I will say that too me it doesn't look anything like a jalapeno, more like a de árbol or aji. You don't remember what sort of chili you took the seeds from or even where you bought it?

Have a look here and here for some incomplete lists of cultivars.

Not the answer you're looking for? Browse other questions tagged identification chili or ask your own question.

1
Why are my Green Chillies Turning Red
5
Why do small fruit fall off chilli plants?
3
What is this seedpod?
4
What is this house plant (looks a bit like rocket salad, but succulent)?
1
Is this red habanero plant overwatered and how should I save it?
1
What kind of beans are these?
1
What kind of plant is this? Found a flower plant in my grocery parsley
0
What kind of chilli is this that grows upwards?