What would strip the bark off a 20+ foot American Elm tree overnight?

I have a 20+ foot tall American Elm tree. I believe it was unharmed yesterday. Today the bark was stripped almost entirely around the several-inch-wide trunk and in various places up to a height of something like 15 feet. The top-most branches that were stripped were only a bit bigger than a pencil (and high in the air), but the trunk at the ground has large, serious looking claw marks.

I don't see the patterning on the wood I would expect from porcupines, and it's hard to believe a squirrel would have done that much damage (or left such big claw marks). I live in a suburb outside of Denver. I've included some pictures.

[edit] Some additional information: It's a Frontier elm, so it's supposed to be resistant to Dutch elm disease. My neighbor says there's been a lot of raccoon activity lately, and my wife says she might have seen a raccoon or similarly sized gray animal near the tree that night. As far as I know, raccoons do not destroy trees like this though. 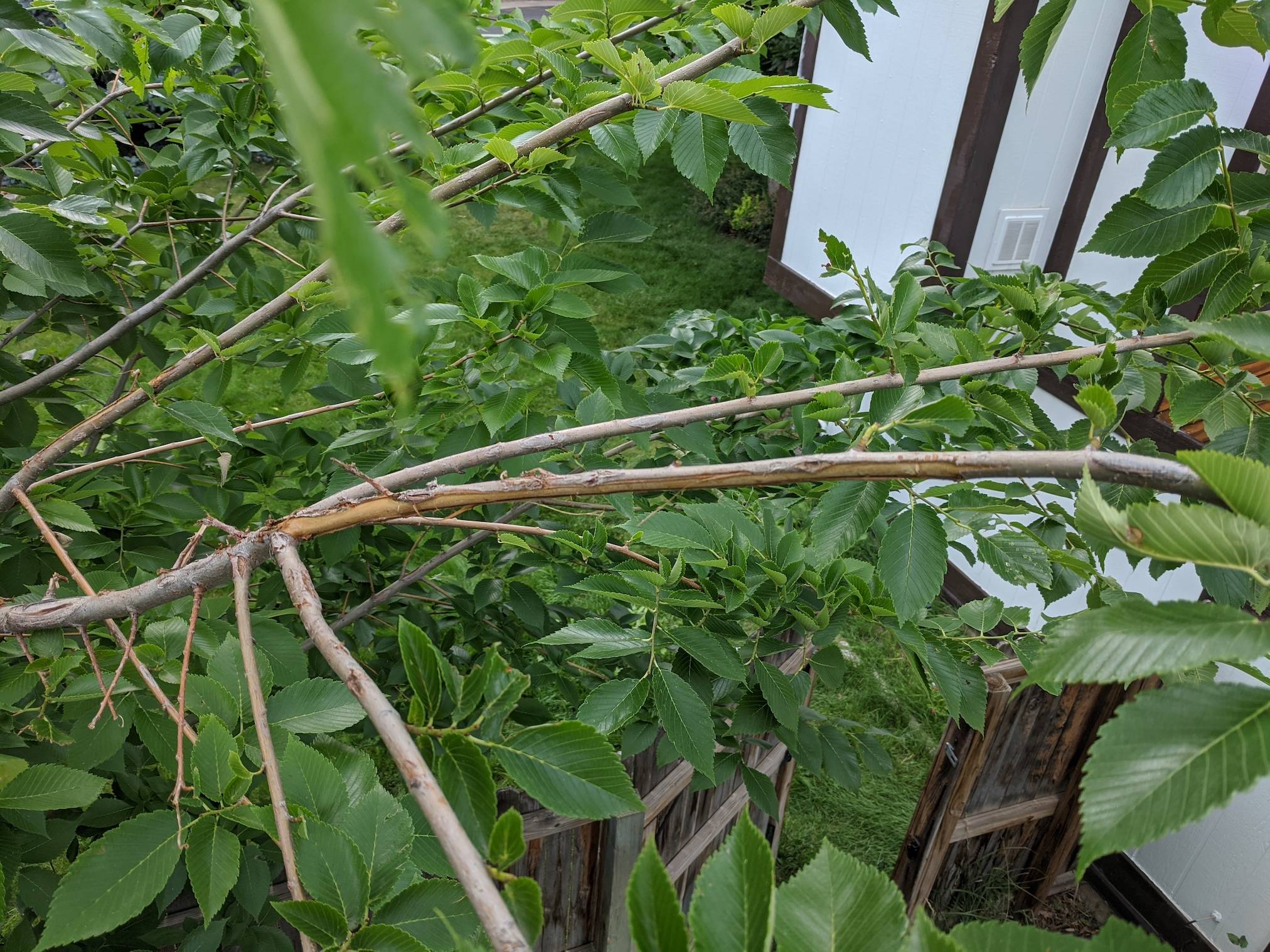 We'll never know for sure, but our best guess is that the damage was caused by a family of raccoons. It turned out that we had a mother raccoon with half a dozen babies that liked that corner of the lot. We saw the whole bunch of them at 3am or so a few weeks later crawling over the fence and generally messing around in that corner. There was also a spot that something liked to defecate in repeatedly, which we've read is characteristic of raccoons. It's hard to imagine what they were doing that stripped the bark off. Playing? Trying to cross the fence? Maybe the mother was trying to get to some babies in the tree and couldn't get up the trunk? (The bark was pretty smooth and perhaps soft.)

Not the answer you're looking for? Browse other questions tagged trees diagnosis tree-care pest-damage or ask your own question.

9
What is causing the bark on my crabapple to crack and peel off?
7
The bark is falling off my tree - is it diseased or dead?
6
Why is the bark falling off the base of my Corkscrew Willow's trunk?
5
What would cause the bark to fall of a tree?
4
What is wrong with my trees? The bark on one side is cracking, splitting, and peeling off
3
Why are the cherries dropping off my cherry tree?
3
What is causing my bark to fall off and is it normal?
1
What to do about damaged tree trunk bark
0
What is the green mush on the outside of the tree bark
3
Is it normal for an oak tree to slough off its thick bark without it growing back?