Why are my courgette leaves shrivelled and yellow?

I have a courgette (zucchini) plant growing in a container, and the older leaves have turned yellow, brittle and shrivelled at the edges, with a little mould also. What could be causing this? Is it simple malnourishment or perhaps a disease/pest?

Here is one of the older leaves with the symptoms: 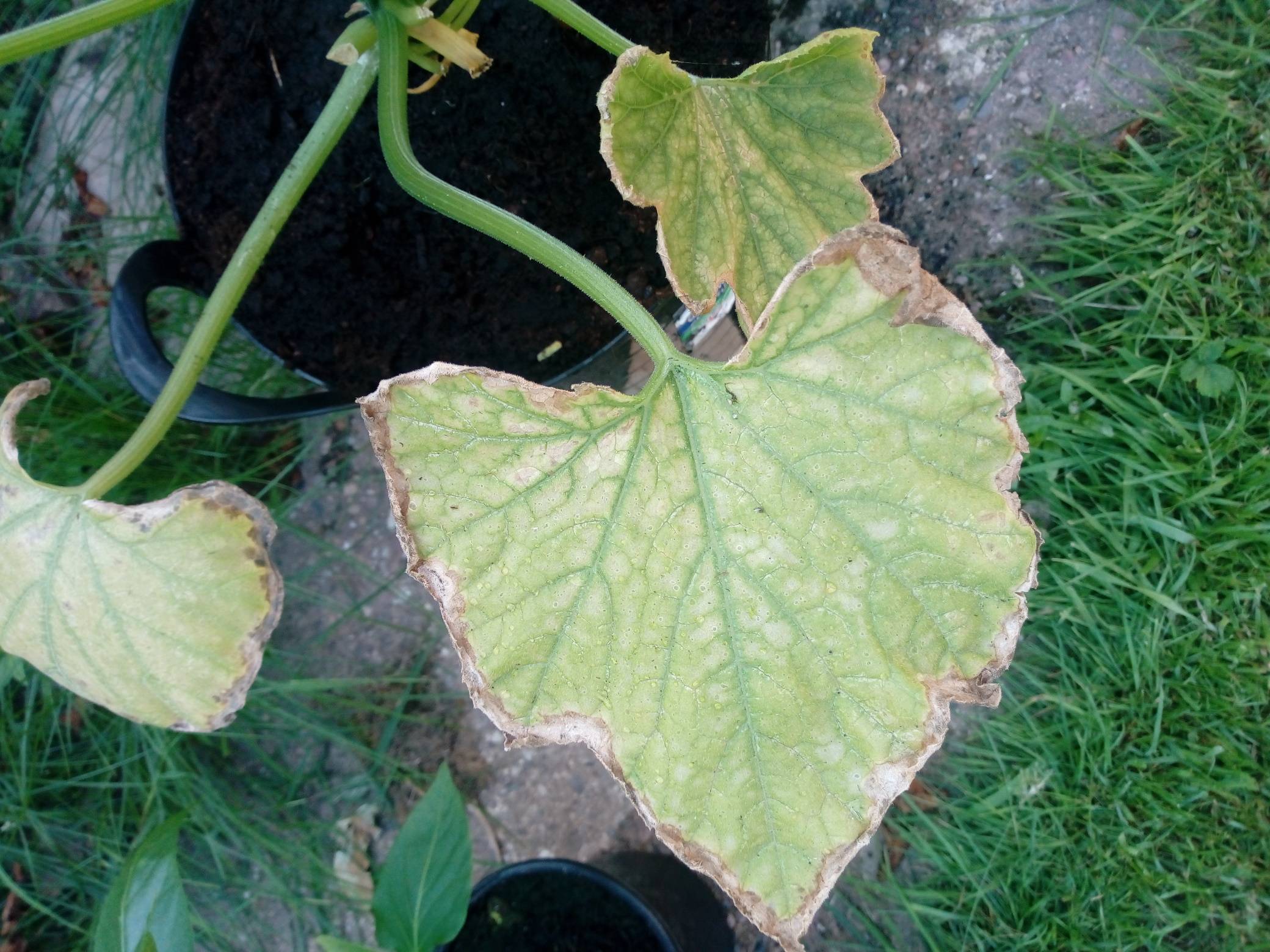 Here is the plant, you can see it is still shooting new leaves and flowers which look much healthier: 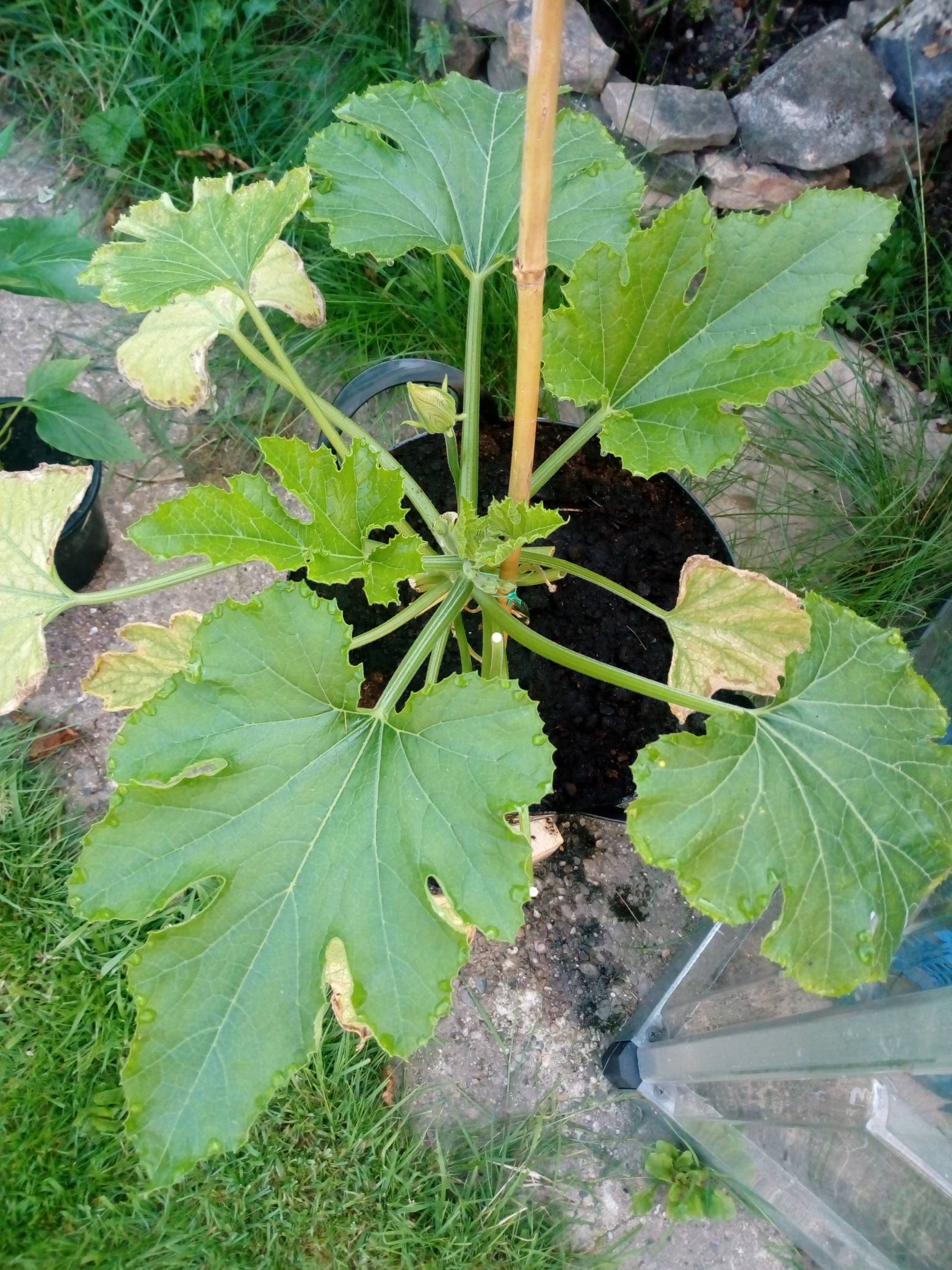 However, some of the younger leaves too look like they're starting to develop the problem: 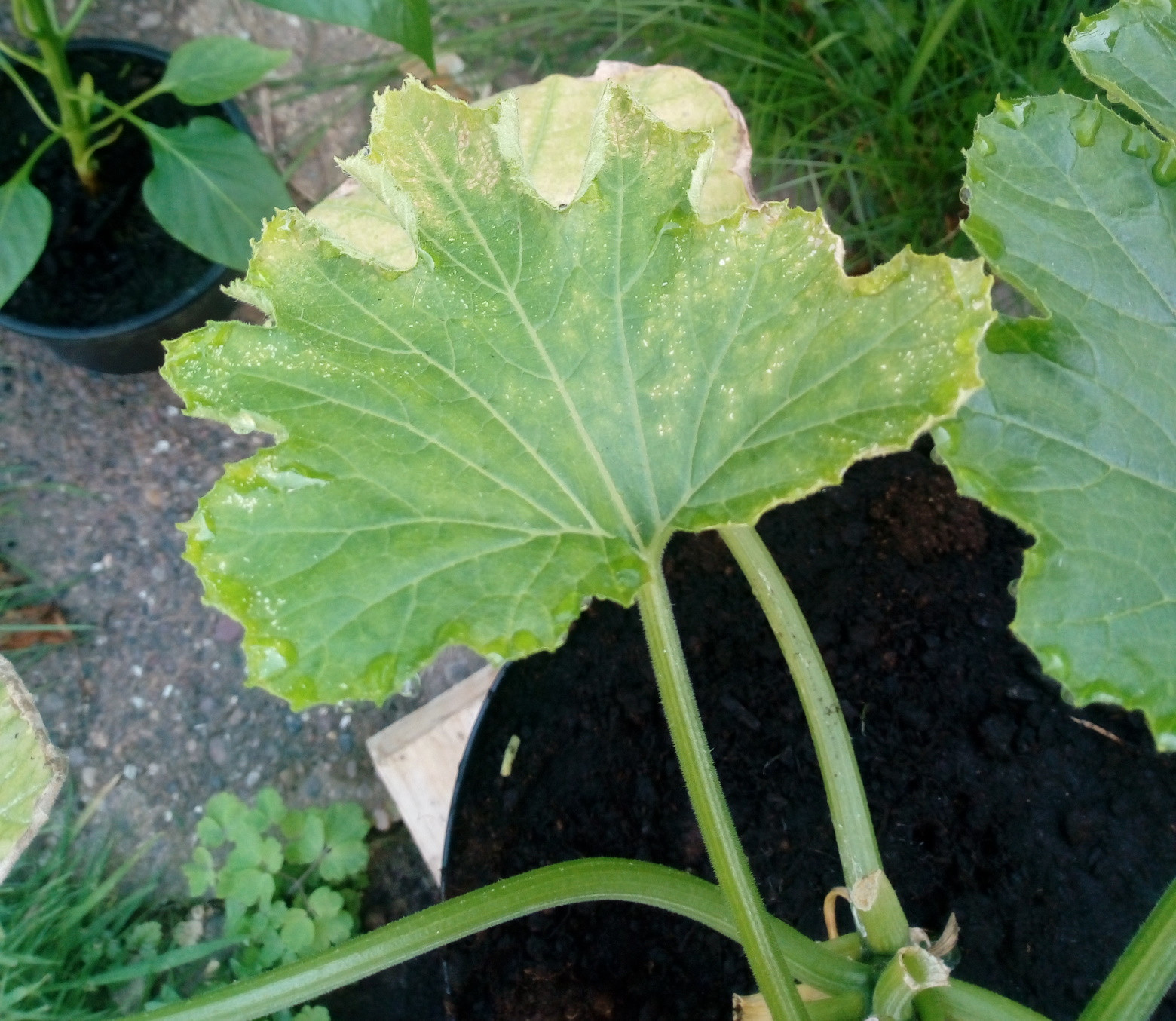 Extra information: This plant was sown in March and put in the greenhouse in May. Here in Northern England May was hotter than usual, but most of June has been very wet, as it often is. During that time the greenhouse got very humid. I've recently moved it in to a larger container, with fresh compost and now that the weather has warmed up I've moved it outside. None of my other plants in the greenhouse (tomatoes, cucumber, pepper) are displaying anything similar.

I'm not an expert, but I found this article - it looks to me like Bacterial Leaf Spot. But you should take a look at the list and confirm. Hopefully you can trim the dying leaves and save the rest of the plant!

7
Why are my cucumber leaves turning yellow?
5
How should I use one courgette plant for both consumption and seeds?
5
Concerned about slow growth of my seedlings
4
Why are my morning glories stunted/deformed?
7
Interveinal chlorosis of aubergine leaves
3
Why is my zucchini dying bottom up?
2
What are these dark spots on my tomato leaves?