I've been growing Kale under a 600W LED grow light for the past few weeks. My plants were doing quite well and I'd begun hardening off the oldest two to prepare them for transplantation. After 8 days of this, I noticed spots appearing on the leaves. They began on one as yellow spots, which then turn brown and appear dead. 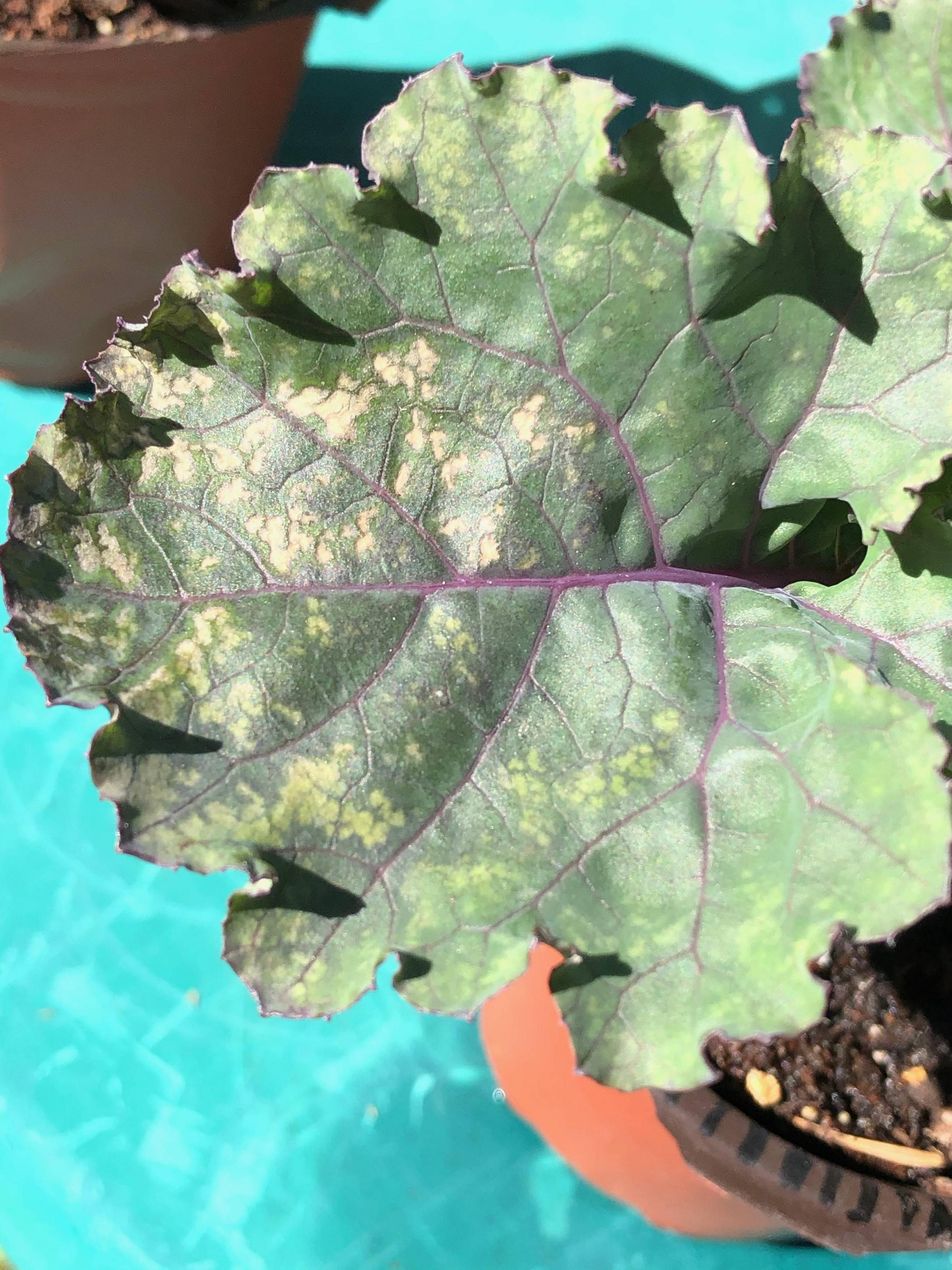 The weather here (Seattle, WA) became sunny quite suddenly so I assumed perhaps it was sunburn, despite the 8 days of hardening the plant already experienced, perhaps combined with some underwatering.

I noticed similar spots (seen below) appearing on a plant that is still under the grow light and has never seen the sun. This plant is much younger and seems to be more severely afflicted. Perhaps this indicates a bacterial culprit? Any help is appreciated! 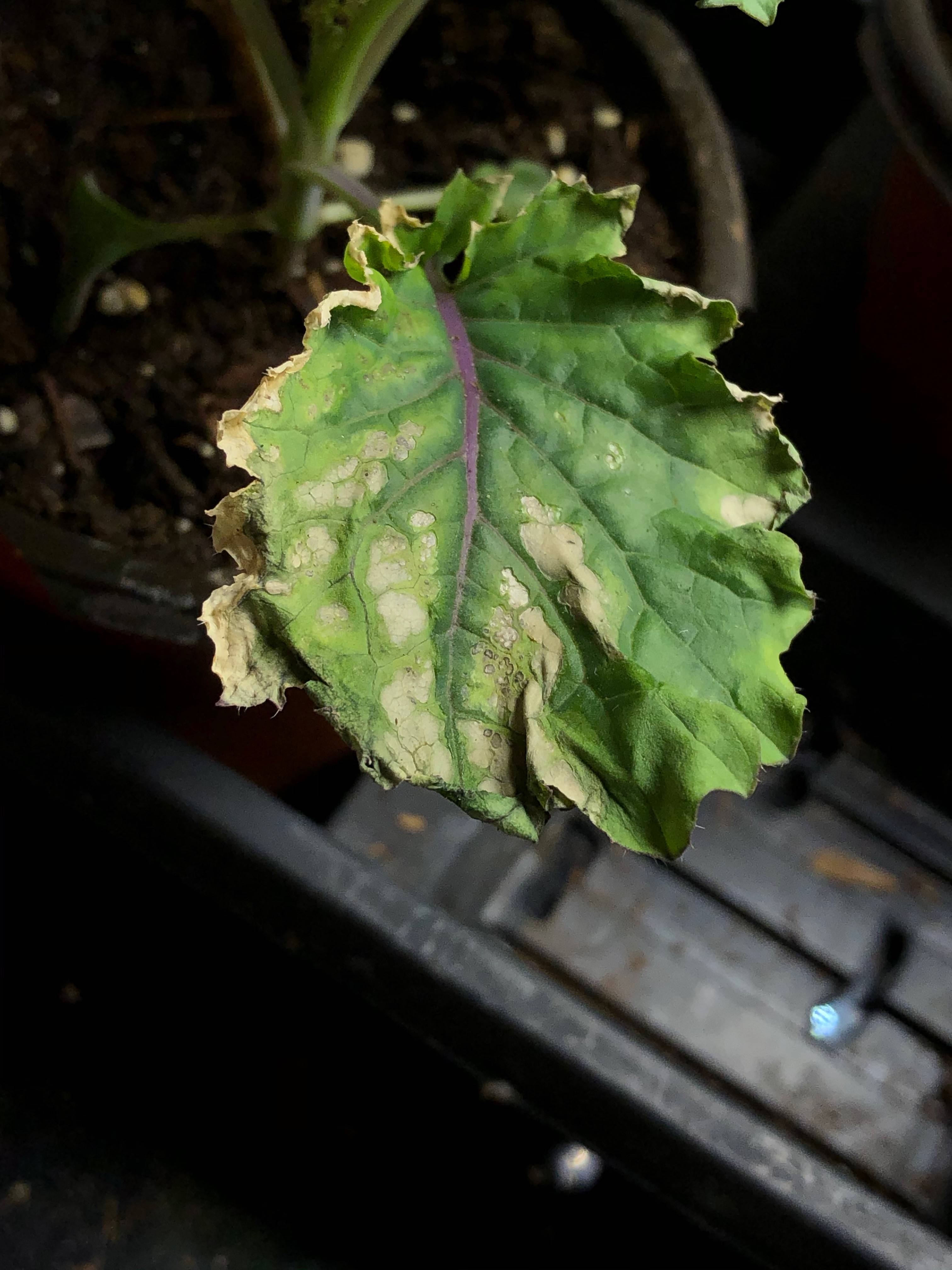