I have an indoor plant with thick, dark green heart-shaped leaves that has developed some small black and brown spots. Does anyone know what this is? 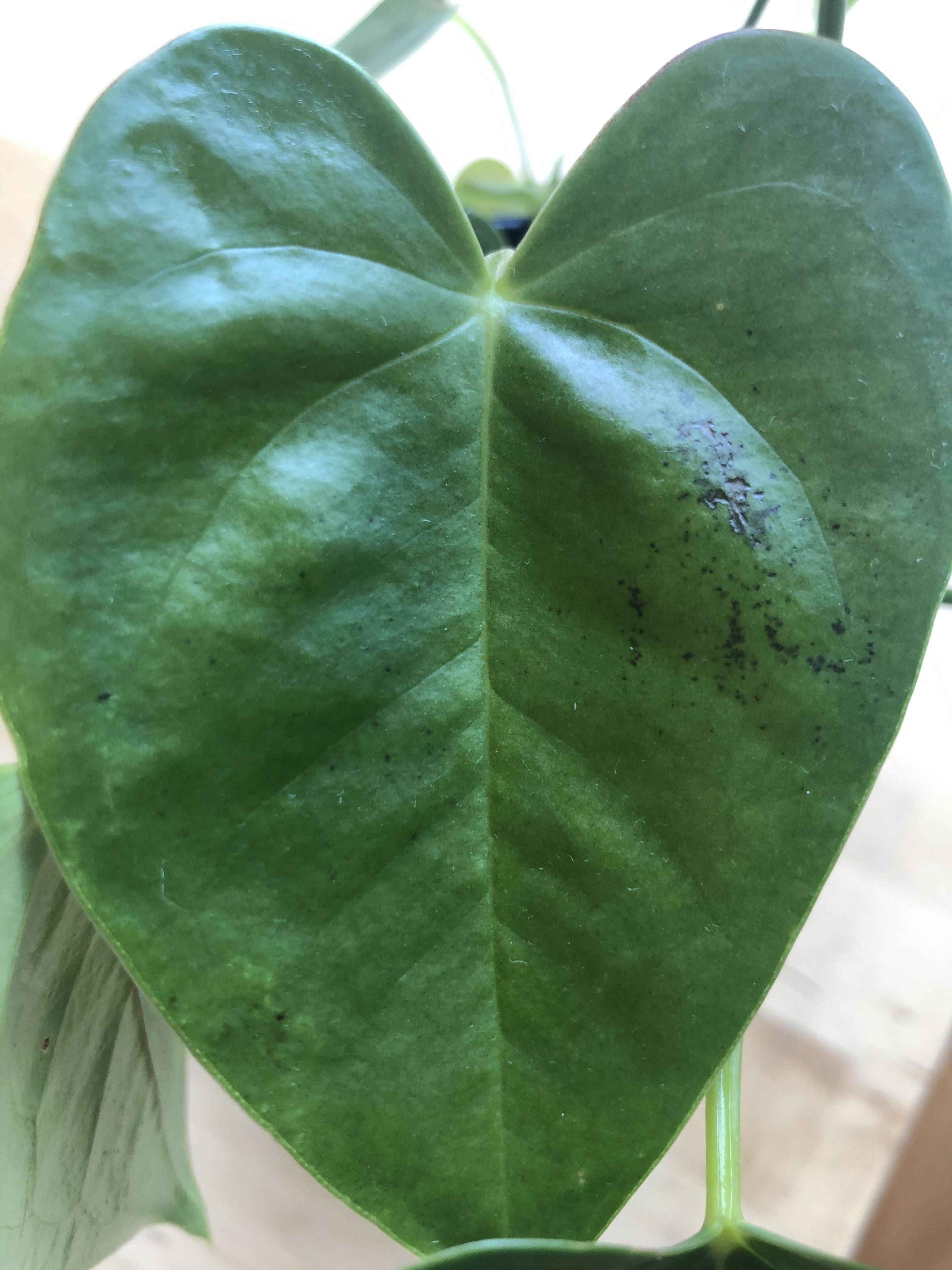 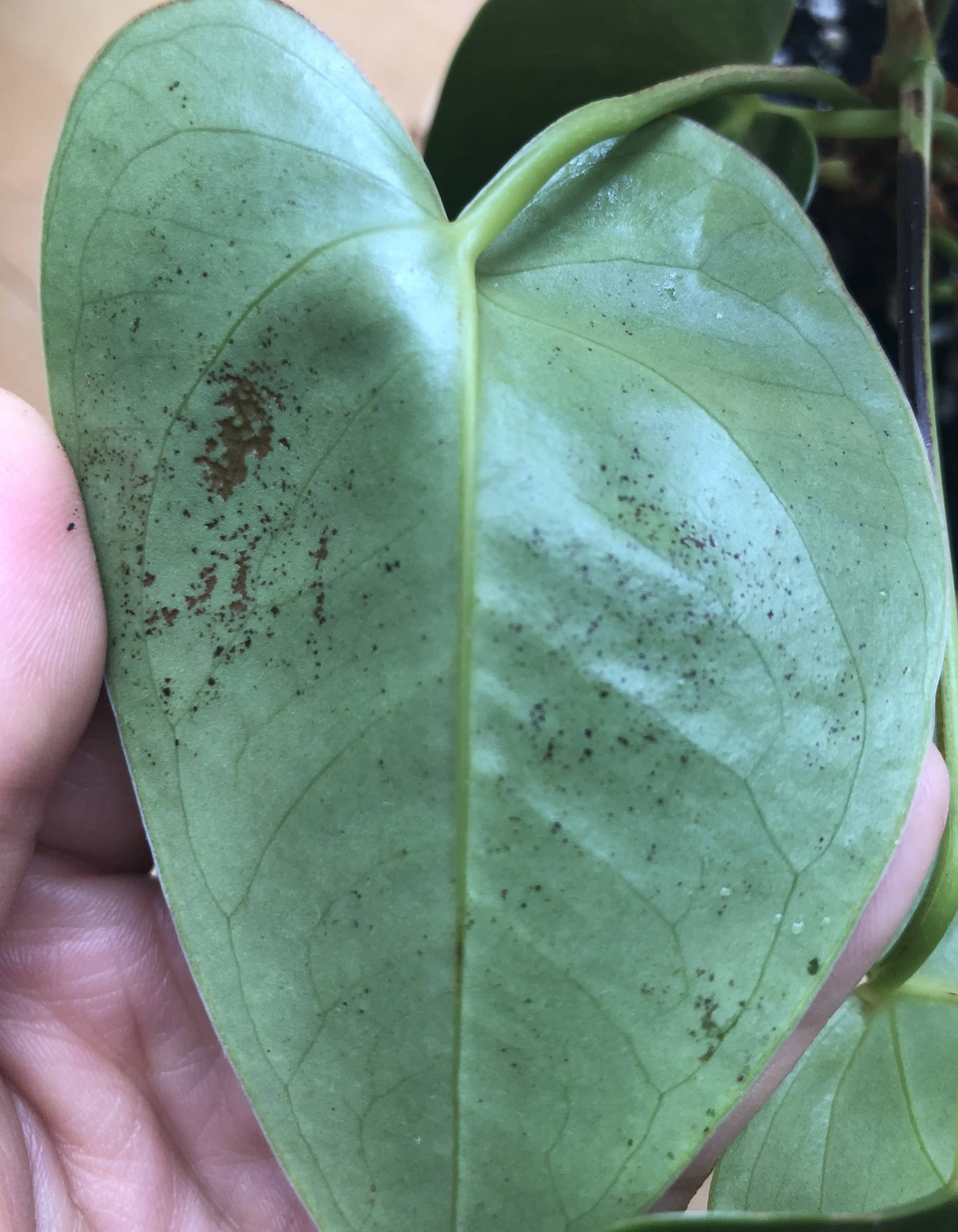 I asked a question earlier this week about a problem on young indoor morning glory plants, and I received some advice that it might be thrips. Here is the question:

However, this case has some differences from the morning glory case. One is that here, the spots cannot be removed by washing or scraping. Also, the blemishes appear on both the tops and the backs of the leaves, with most of them on the backs. In this case, the spots are more like indentations, whereas on my morning glories they were specks on the leaf. I also noticed some bumps on these leaves. There is one particularly large bump: 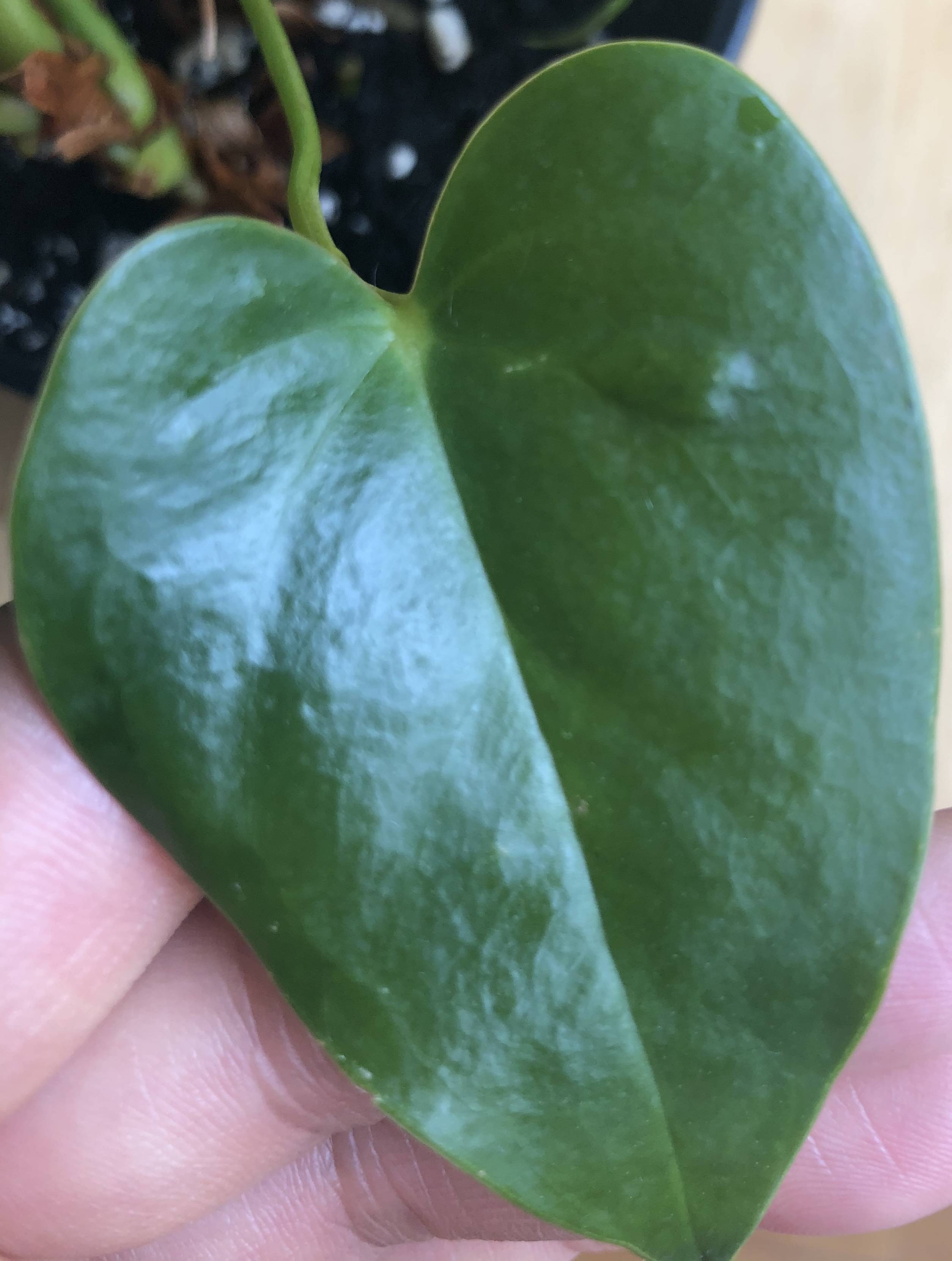 Also different from the morning glories case is that there are no silvery patches here. But there were some yellow and browning leaves and one leaf with a hole in it. I just cut them off and threw them away earlier this week (before the thrips suspicion). Then the spots seemed to appear overnight - I had checked it carefully yesterday and did not notice any blemishes!

Unfortunately, I don't know the name of this plant (it was a gift from some years ago). I'd really appreciate if anyone could share their ideas/suggestions.

Update: Just some hours later, I checked the plant again. The damage is spreading fast. Earlier I shared photos of the worst leaves on the plant. Now the worst one looks like this: 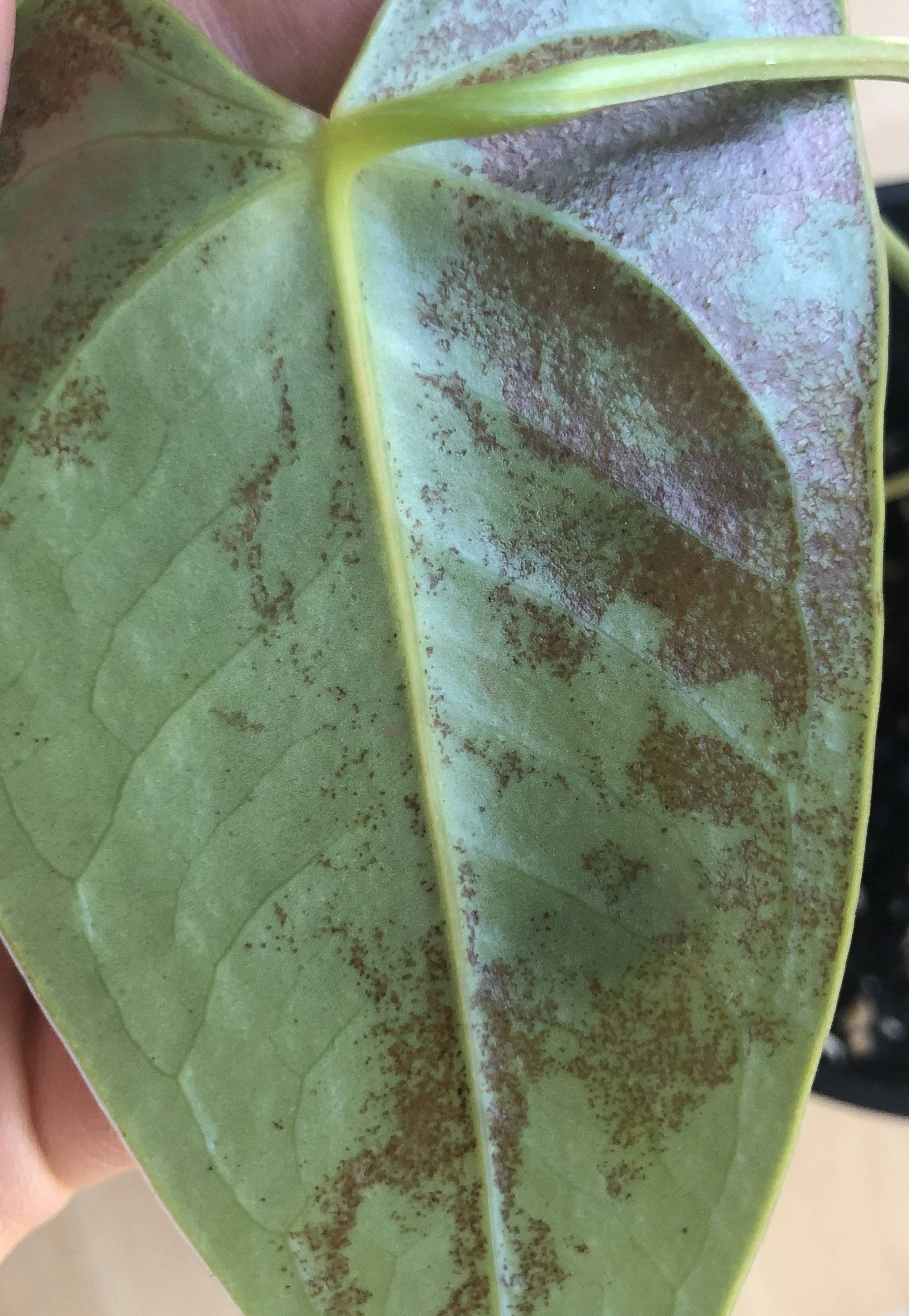 I'm not a huge gardener, but I've always had a few plants in the house. I've never seen anything like this. The only change lately is that I bought a new bag of soil. I wonder if the soil introduced some pests.

The plant is a common Heartleaf Philodendron.

The leaf damage looks like it is likely an over watering problem. The black/brown craters and the leaf bubble can be signs of a water stressed plant. As a general rule for watering Philodendrons is to allow the top 1-2 inches of soil to dry between watering.

Philodendrons are very hardy, low light plants that are well suited for a home environment. I have had the same leaf spots on a few of my philodendrons too. I remove the affected leaves, readjust the watering level and the plant usually recovers well. Also, make sure the plant is getting plenty of indirect light but not direct sunlight