my peace Lily’s flowers have not bloomed and turned completely brown very fast. Before this happened, I’ve discovered some spider mites and used alcohol/water mix to clean the leaves and spray the plant. There were also some leaves at the bottom of the plant that turned yellow, and there are more turning yellow consistently. The tips of other leaves also start to turn brown. I am suspecting if I overwatered it because the soil is still pretty wet after I watered it last week and fertilized it with homemade banana peel water.

Should I cut off the flowers and yellow leaves and let it sit without watering it for a couple days? Do I need to check its roots to see if there is root rot happening? 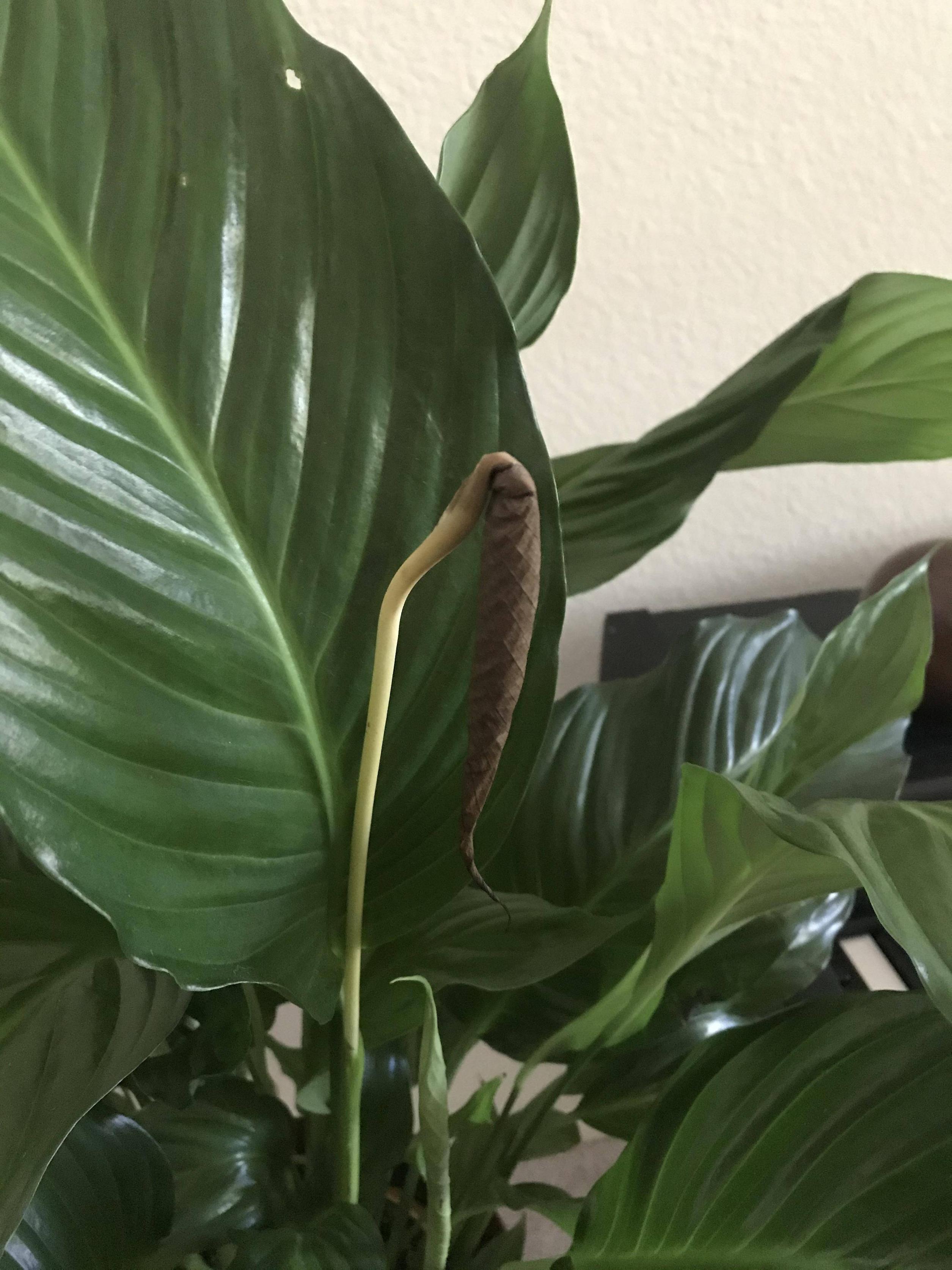 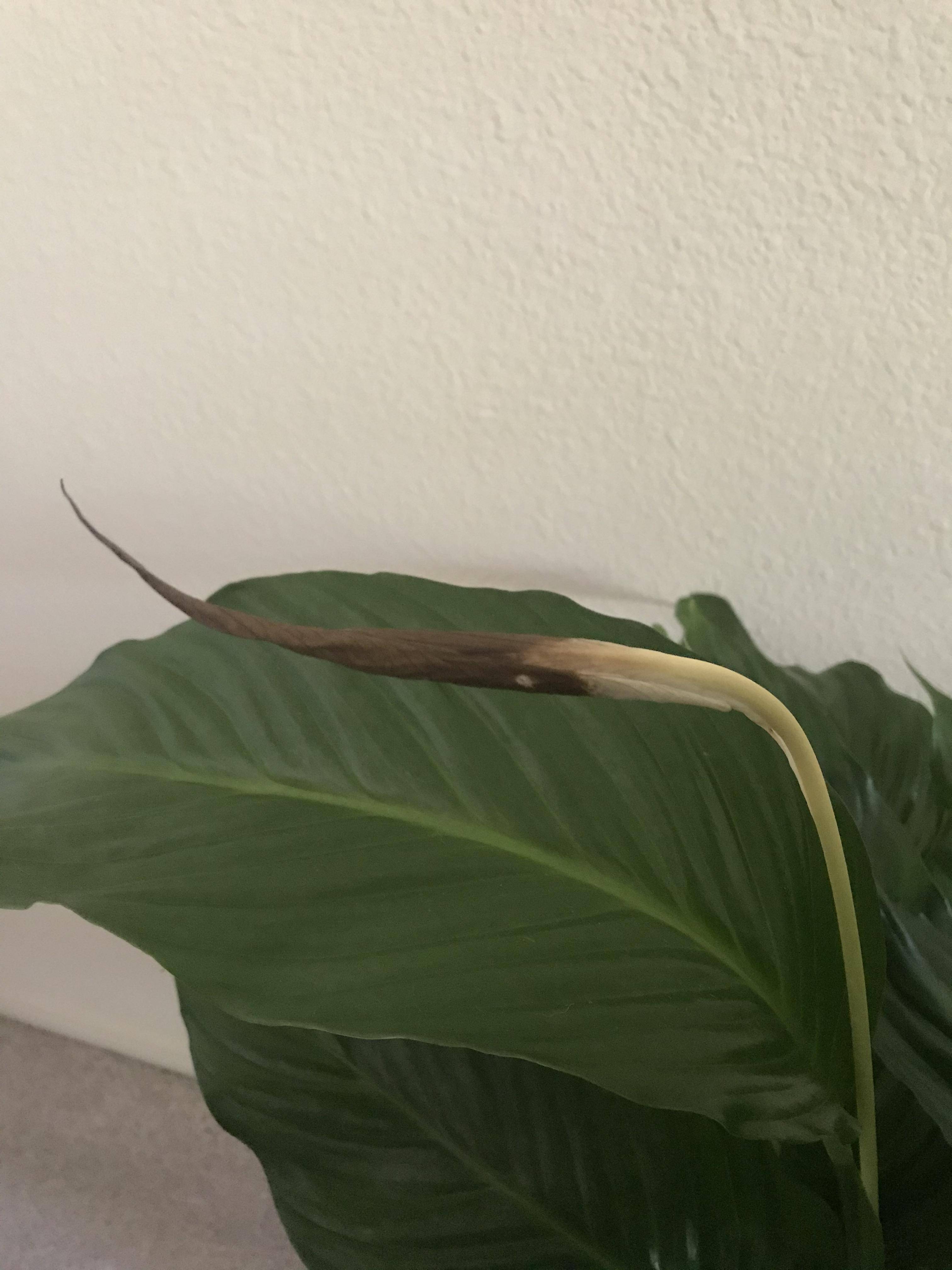 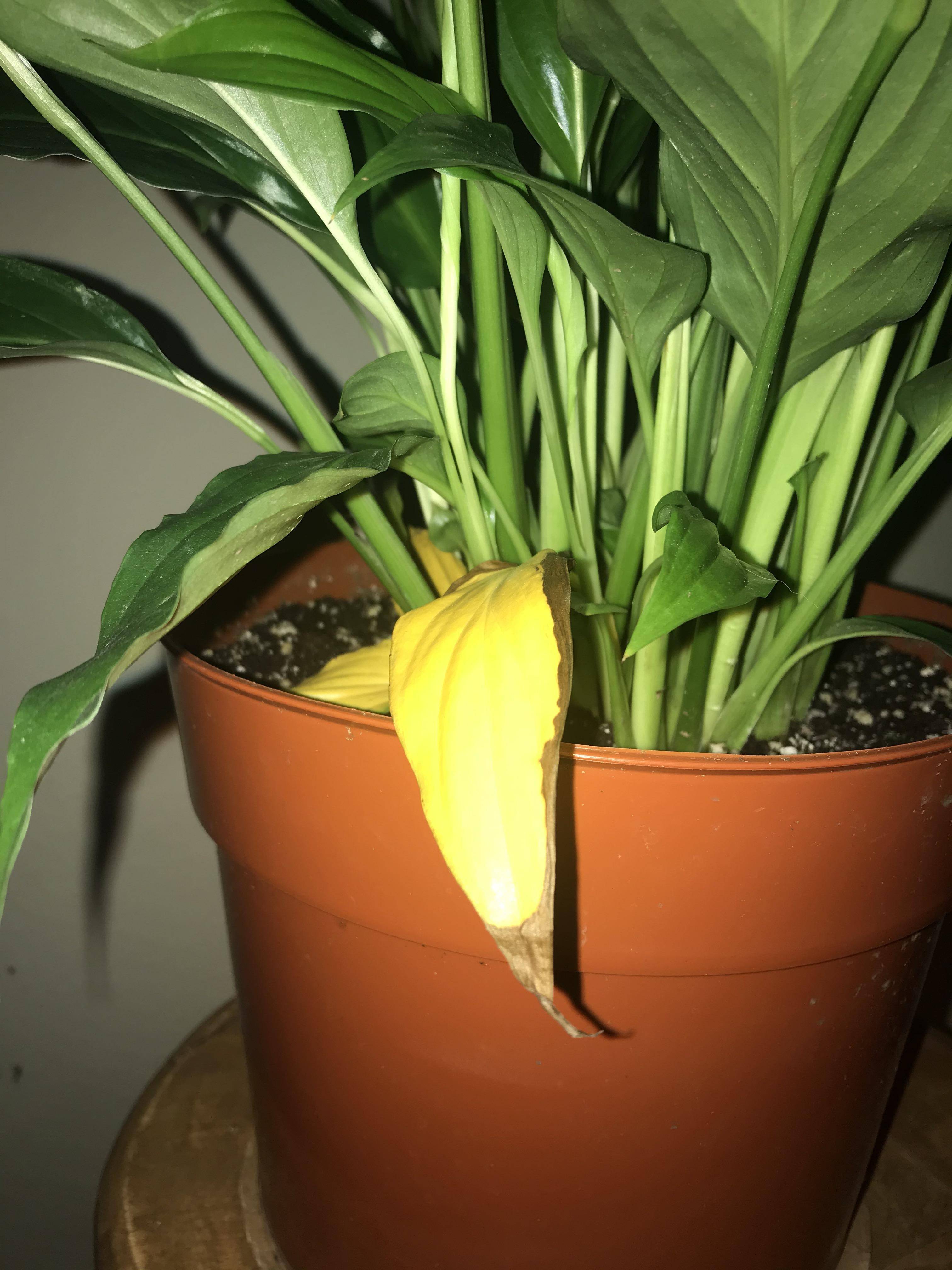 Your lily may be suffering from over watering, unnecessary/inappropriate fertilizing and still being attacked by spider mites.

Yes, remove the dead flowers and yellow leaves. Start watering the plant only when the top 1 inch of the soil feels dry to the touch. Make sure that the pot has good drainage holes in the bottom of the pot.

I am pretty sure that the plant still has spider mites. I never recommend using just plain alcohol water. Straight alcohol is very useful in getting rid of a single or small number of insects, such as mealy bugs, but alcohol by itself is not very effective in getting rid of large populations of spider mites. The alcohol dries too quickly to get good coverage on a lot of mites. Best way to deal with spider mites is to mix a few drops of Dawn dish liquid and distilled water in a spray bottle. Spray the plant thoroughly. Be sure to get all stems and both sides of leaves. Repeat every 3 days for about 2 weeks, until all signs of spider mites is gone. If spider mites are persistent, I will add a couple of teaspoons of alcohol to the soapy water spray. The soap in the water keeps the alcohol from drying as quickly and it is more effective.

Not the answer you're looking for? Browse other questions tagged houseplants indoors peace-lily or ask your own question.