Two leaves from teh same cucumber plant, thinking these are two separate issues (lucky me).

As seen in the photo, the lesions on the left are pale tan and don't really look like they're bounded too strongly by veins - they also appear around the periphery of the leaf.

The lesions on the right are more of a brownish purple and are most prevalent near the central vein. Nothing super obvious on the undersides of the leaves.

I was thinking maybe anthracnose on the left and downy on the right, but my applications of copper fungicide didn't really seem to put them in check (but maybe I undersprayed...)

Any way to rule out or reinforce my guesses, or is it something else entirely?

Also, for what it's worth, I had two cucumber plants side by side that both had this but a winter squash plant that was touching one of the infected plants never picked up the disease.

Growing the cucumbers in mushroom compost, coco coir, and perlite. 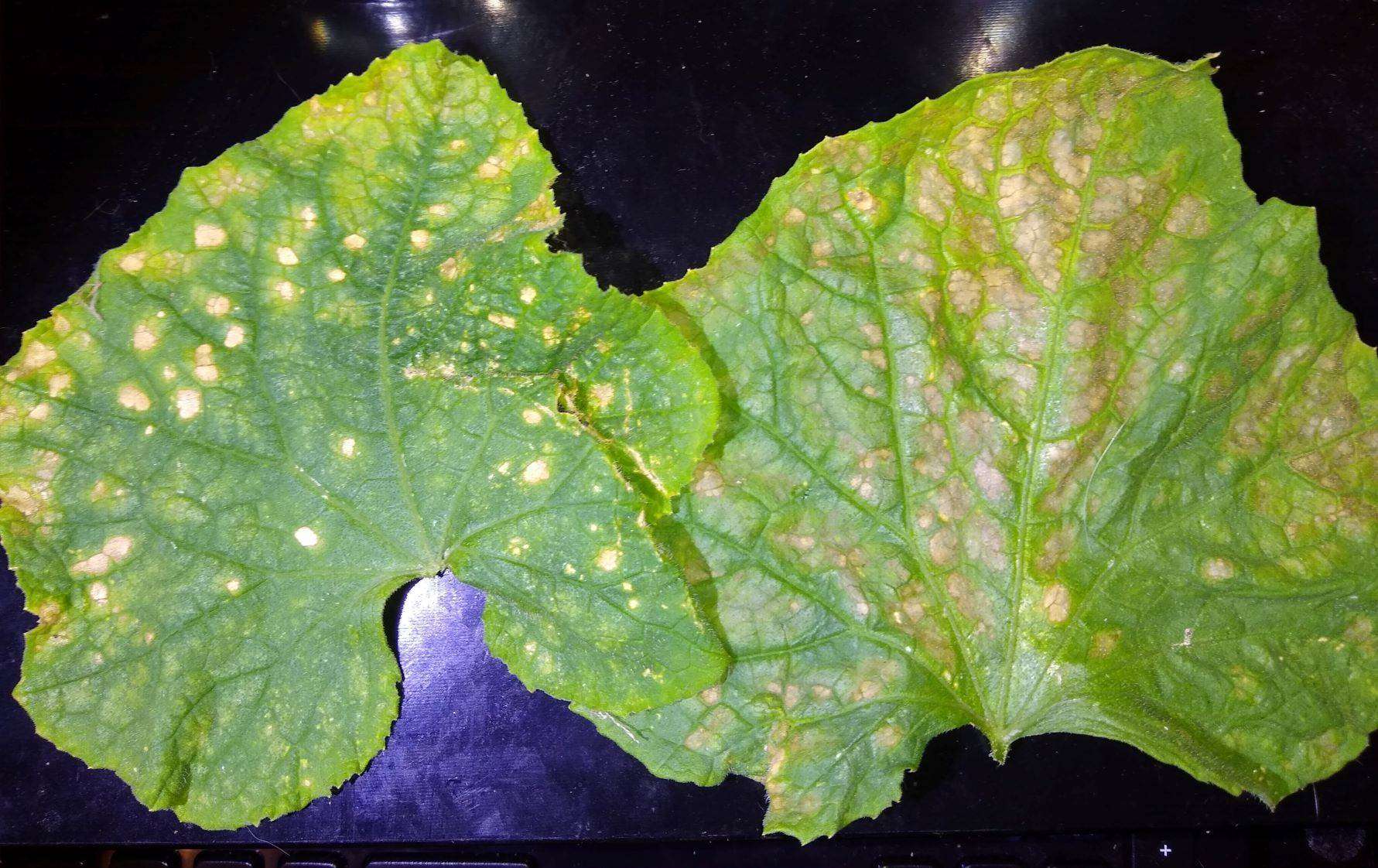